In 2003, Steve Martin stared in a movie called Cheaper by the Dozen, based not on the book by the same name but simply on the concept of the challenges of a (fictional) family (the Bakers) trying to raise twelve children. I was in high school at the time, and watched it with my family because we had around the same number of children.

While having twelve kids may be the definition of abnormal in our society today, the Baker children are actually the very definition of normal. They all go to public school. They are allowed to dress as they please and while they play with their siblings quite a bit they each also have their own social lives, activities, and friends. Even more importantly, they are allowed to be individuals, allowed to be teenagers, and allowed to have attitudes. They are allowed to speak their minds without getting in trouble. They don’t have to worry about self-censoring or that their parents will flip out at them for having a contrary viewpoint (when the older daughter moves in with her boyfriend, the parents express their disapproval but let her make her own decisions).

Perhaps most importantly, the children are not given responsibility beyond basic chores (the twelve-year-old is in charge of unloading the dishwasher, for instance). There is no expectation that the older children must constantly babysit – or raise or discipline – their younger siblings. When the mother goes out of town on a book tour for two weeks, it is the dad who steps in to run the house, not the oldest daughters (the oldest daughters were in school and had their own lives, after all). When I watched the movie in high school, this really confused me. I couldn’t understand what those older girls were doing having their own lives and not running the house for their mother like a well oiled machine. Now I get it. It’s the parents’ responsibility to run the house and raise the kids, not the older daughters’ responsibility.

Basically, the premise of the movie is to give a normal couple twelve kids and see what happens. While plenty of normal couples today do have large families, “large” generally means around five or six, not twelve kids (with the occasional exception of farming families, Catholic families, and “mega families” created through adoption). There is a big difference between trying to raise twelve children normally and trying to raise twelve children the Quiverfull way. Therefore, while the movie was about a family with the same general number of children as the family in which I grew up, it didn’t actually resemble my own life in the least. In fact, it more resembled the lives of my public school peers (not that I actually knew any of them) then it did my own. And I find that fascinating.

Allow me to illustrate with some pictures. 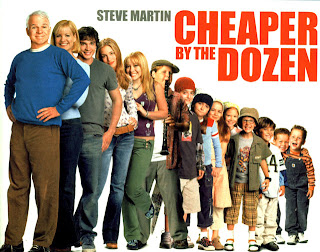 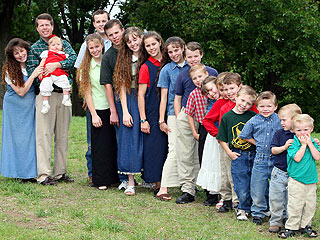 Now, some pictures of the daughters. 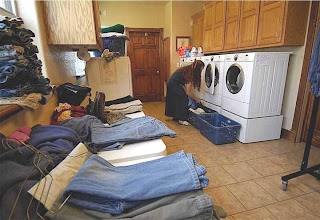 The interesting thing about the Baker family is that while the kids each have their own individuality and lives, and while they sometimes dislike each other and are unkind, they generally show a great deal of love for each other and see family as extremely important. While I saw their having their own lives as selfishness the first time I watched it, the second time I saw very little genuine selfishness.

October 15, 2011 Sometimes I Really Hate Blogging
Recent Comments
0 | Leave a Comment
Browse Our Archives
get the latest from
Nonreligious
Sign up for our newsletter
POPULAR AT PATHEOS Nonreligious
1