A woman named Mary made the following comments under an article on Facebook: “I can’t get over the idea that Eve was created just to meet Adam’s emotional need for companionship (along with others) like she’s his birthday present or ancillary to him or something… How do I interpret 1 Corinthians 11:7? I mean, I get she’s created in the image of God, but it would appear that she’s also just supposed to refract the glory of Adam too, and that just galls me on sooooo many levels. She just exists to shine for Adam and meet all his needs, etc.”

Mary went on, explaining that she feels like it was “a captive situation from the get-go.”

So, was Eve created simply to meet Adam’s emotional need for companionship and all of the others things she listed? Does she think it’s better to work for a bosses’ beck ‘n call 9:00 to 5:00 five days a week or for someone else? What does she think is a better plan for woman than God’s? Is being a woman a captive situation from the get-go? Yes, this what the Serpent tried to convince Eve by going over Adam’s headship and directly to her in order to deceive her, and look at the results.

That is actually not at all what happened.

God created men and women differently for different roles. Our bodies, emotions, and minds are different. God created women to be in submissive roles to their husbands for this reason. Orders of authority create order. If Mary works for a boss, her boss is over her. Does she feel like a captive to her boss?

And there it is—the bait and switch.

There are so many things wrong with this.

For one thing, an employee can quit and get a new job. Women can’t do that, according to Lori; once you marry you’re stuck with that person for life. Being bound to work for a single employer no matter what that employer does would fundamentally change the nature of the employee-employer relationship.

I feel like we have words for this sort of thing.

Oh wait, we do! We use words like “indentured servitude” to describe bound labor. Or even “forced labor” or “human trafficking.” And we know, as a society, that the potential for abuse in these situations is huge.

Add to all of this the fact that women don’t get paid by their husbands. Why does Lori think this relationship is at all comparable to that of an employee/employer relationship, given that people do not work for their employers for no pay?

Lori also has an extremely distorted view of the relationship between boss and employee. Yes, the boss sets priorities and outlines what work needs doing for the employee—but it’s not a free-for-all! The employee is allowed to speak up if there is a problem; is expected to provide input; is treated as an expert in their area of expertise; and can go to HR if the employer is behaving unethically. And if the employer is acting abusively and there is no HR, or HR refuses to intervene, the employee can quit.

It’s also worth noting that many workplaces are moving toward a less hierarchical work structure, encouraging more collaborative work and moving to a more flat structure. It turns out that having on-top bosses and subordinated employees is actually not as effective as it’s cracked up to be. Added to that, a flatter structure creates a more positive work experience for employees. 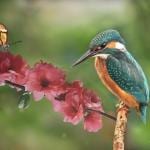 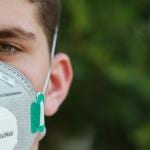