Scott Lively: I'd Rather Be Beheaded Than Wear A Mask – https://t.co/xeVL71dXlk pic.twitter.com/FpFozsJxiz

Immediately below it, in my feed, was this tweet:

"So let me tell you what the male equivalent to modesty is." #purityculutre https://t.co/xUDIKZRUCF

If you click the link, this tweet is actually sharing a seven-year-old post explaining, in great detail, that modesty standards are indeed entirely different for girls in evangelical culture than they are for boys. But seeing this comment—“let me tell you what the male equivalent to modesty is”—immediately after a quote from evangelical activists Scott Lively to the effect that he would “rather be beheaded than wear a mask,” it felt like the two were connected in some way. And, in fact, I think in a certain sense they are.

In evangelical circles, particularly those that are more conservative, girls and women are expected to dress “modestly.” But this isn’t really just about the clothes. It’s not just about how long your skirt is or how far down your neckline goes; it’s also about how you wear your clothes. Girls and women are expected to be demure, discreet, humble, unassuming, meek, etc. They’re not supposed to stand out, or to be brash or baudy.

Boys and men, though—boys and men are supposed to put themselves forward, to be loud, confident, demanding, to take up space in a room and own it. This is because, in conservative evangelical circles, men are supposed to lead and women are to follow. Boys are raised to be outspoken, to be bold, to lead.

What does all of this have to do with masks? Well, I think a lot of men, evangelical or not, think mask wearing is unmanly. And I think this is connected, in at least some small way, to the idea that women are supposed to be demure and quiet while men are supposed to be brash and put themselves forward. By putting on a mask, by covering up a part of yourself—just as evangelical girls and women are told to cover their bodies—men make themselves submissive, meek followers and put themselves in the background in a visible way.

Or we could just decide that all these rules about proper gendered behavior are bullshit and that people should be free to be themselves—outgoing or demure, brash or reserved—while taking steps to show consideration for others during public health emergencies. In other words, men like Lively could just wear a damn mask. 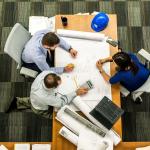