Amy Coney Barrett and the Right’s Exploitation of Children

By now, we are all very, very aware that Supreme Court nominee Amy Coney Barrett has seven children, two of whom are adopted from Haiti. Indeed, both Republican politicians and Barrett herself have done everything in their power to make sure that we are all very aware of her children, despite them not being relevant to her judicial decision-making.

I have been profoundly uncomfortable with the extent to which Barrett’s children have been thrust into the spotlight. Growing up in a politically active conservative family, the first of a large number of children, I constantly felt that I was being shown off. Because I was. While this did not particularly bother me—I rather liked the spotlight—it did bother some of my younger siblings.

I grew up in a world where women’s worth was measured by the number of children she had. When I left that world, it took me a very, very long time to work through my feeling that my worth as a person was measured by my fertility. It is never a good idea to measure a woman’s worth by how many children she has. Also, while Republicans do have more children on average than Democrats, they don’t have that many more children. I’m unsure what this emphasis on Barrett’s fecundity is actually communicating to Republicans who have two children.

Also, Republicans’ emphasis on the fact that Barrett has many, many children and yet somehow also has a high-powered career—can you believe it?!—does not exactly send the woman-power message I think Republicans think it sends. In fact, to me it sends the opposite message. Republicans are All Astonishment that women can balance both children and careers—something the rest of us figured out a long time ago. Like. Really?

I really wish Republicans would focus on Barrett’s record, rather than on the very, very large number of children she has. Honestly? The number of children Barrett has is not all that odd. She has five biological children, which is not uncommon among practicing Catholic families. She also adopted two children, why is why she has seven. This should not be getting that much press.

I grew up in a much larger family, and when my father ran for political office—which he did—he focused on politics. No one said “wow, look how many kids he has, you should definitely elect him.” That would have been weird. For that matter, did anyone ever focus on how many kids John McCain had? Like Barrett, he had seven. Why are Republicans all talking about this?!

Ugh! Yes, I’m annoyed! Women’s worth is not measured by how many children they have, this isn’t a contest, and kids should be left exist in peace, thank you very much.

Also! We’re talking about the same party that was a-okay with separating children from their parents at the border. Don’t for a moment let them claim they are the pro-children ones here. They are manifestly not. They like children as ornaments to respectable white people, and that’s about it. Consider how they talk about Black moms on welfare. Or immigrant families that take financial assistance like state-subsidized health insurance for their children.

The Republicans are not the pro-child family. Full stop.

There is one other thing I want to address. I’m somewhat reluctant to say anything about this because I really, truly do think Barrett’s children have the right to exist in peace, outside of the spotlight. But since Republicans have thrust them there, I feel the need to touch on this.

I’ll start by sharing these tweets, which echo what I’ve been feeling:

I do not trust right wing white evangelicals who adopt black children.
Seen it.
Knew these people.
Nope.
Don't trust it. At all.

Finally: the responses to the original tweet sadden and anger but don't surprise me. The self-righteous white supremacy and colonizer mentality behind such adoptions is grotesque but undeniable. And so far, not a single anecdote that proves an exception to the rule.

I am not against white parents ever adopting Black children, but a white person who adopts a Black child has got to do so with utter humility. White parents who adopt Black children should never, ever have a savior complex about it. They didn’t save that child; they took that child away from their people and their culture. It is their responsibility, as they raise that child, to do their utter best to bring that child in contact with friends and role models who look like them.

Many white people have become convinced that they “don’t see race” and that means they’re not racist. This framing is awful. We live in a country founded on white supremacy. Everyone sees race, whether they want to or not. Way too many white parents adopt Black children only to treat them with unconscious (or conscious) bias. Way too many white parents of Black adoptees believe they have rescued the child from the negative effects “Black culture.” This isn’t just about white evangelicals, or white conservatives, although it is that. It also happens all over the place.

When I look at white parents with Black adopted children, I don’t think “oh look, what kind, non-racist white people, rescuing that poor benighted Black child.” (This seems to be the takeaway many conservatives have.) Instead, I think “I hope those parents are doing what they can to ensure that that child has positive connections to their culture and their people.”

Look, it doesn’t matter whether white parents see an adopted Black child as just another one of their children. That child will grow up to be Black in America. Black adults who were raised by white parents don’t have signs over their heads informing police not to mistreat them. Raising a Black child outside of their culture, in America, is cruel, and it is dangerous.

Now, I don’t know anything about how Barrett is approaching raising Black children, as a white mother. Maybe she understands all of this and is taking steps to ensure that her Black children have access to friends, mentors, and role models who look like them, and to positive portrayals of their culture and history. I certainly don’t think we should ask either of Barrett’s Black children what they think about how they are being raised. That would be wrong, and unfair.

I will say, however, that Barrett’s opening statement before the Senate Judiciary Committee does nothing to allay my concerns about the challenges Black adoptees raised by white parents face. With the exception of her youngest, who has Down syndrome, Barrett describes her white children as academically inclined: they want to pursue a career in law, love the liberal arts, have a math gene, are smart, and dream of becoming an author. In contrast, Barrett describes her two Black children as being athletically inclined, talkative, and happy-go-lucky.

I truly hope that this was an oversight on Barrett’s part, and it’s possible that it is. All of Barrett’s children are enrolled in a private Christian school where they, I would hope, have similar access to academics. (Although, of course, parental input does shake children’s perceived abilities.) If nothing else, Barrett’s ill-thought-out words are a reminder of the many pitfalls white parents who adopt Black children need to work to avoid. I firmly believe these pitfalls can be avoided (or mitigated); avoiding them starts with being aware of them, and with one’s own biases. 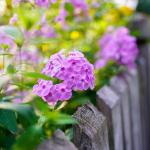 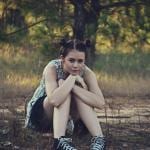