Let me preface this with a quick biology lesson. Every month, a woman’s body releases an egg. If there is sperm there waiting, the egg becomes fertilized. This is when I was taught life – including personhood and the bestowing of a soul – began. This fertilized egg, or zygote, then travels into the uterus, where it implants in the uterine wall. That is when pregnancy begins. The birth control pill works primarily by preventing ovulation in the first place, and also by impeding sperm so that it can’t get to to an egg to fertilize it. But leading organizations in the pro-life movement argue that there is some chance that women on the pill will have “breakthrough ovulation,” and if this occurs and sperm somehow make their way to the egg, you could technically end up with a fertilized egg. They further suggest that because the pill also thins the uterine lining, this fertilized egg would be flushed out of a woman’s body rather than implanting in her uterus.

So, with that background, Sarah’s numbers were as follows:

I should point out that  an increasing pile of evidence suggests that the pill does not actually result in fertilized eggs failing to implant and being flushed out of a woman’s body. What I think is important about Sarah’s analysis, though, is that she uses the pro-life movement’s own numbers, numbers it uses to justify its opposition to the pill as a supposed “abortifacient.” In other words, Sarah plays the game by the pro-life movement’s rules, and finds that birth control would actually, by their own arguments, save the lives of fertilized eggs, or zygotes.  I wondered about the numbers Sarah used, so I went looking for verification. I used numbers from pro-life websites as I did so. What I found is as follows.

And more than that, the Life Issues Institute article stated that because of the pill’s effect in impeding sperm, eggs released through breakthrough ovulation will be fertilized only “two or three times out of the twenty.” In other words, Sarah’s estimation that 30% of these eggs will be fertilized is too high, and the actual number that will be fertilized is more like 10 to 15%. If only 1.5 eggs per 100 women are released per month, and only 10% of those are fertilized, that means there are only 0.15 fertilized eggs flushed out per 100 woman per month.

There is something else to consider here as well. Something like 25% of pregnancies end in abortion. Without birth control, 85 out of 100 women will end up pregnant in a given year. So, if the 100 women currently using birth control go without for a year, 85 will become pregnant and 21 will have abortions. Probably more than 21 actually, since the fact that those 100 women would have otherwise been on birth control means that all 85 of those pregnancies would be unplanned. Since the roughly 25% abortion rate is for all pregnancies, and we can assume that nearly all of those abortions are performed on the 40% of pregnancies that are unplanned, the abortion rate for unplanned pregnancies is probably closer to 62.5%. Thus 53 of those 85 pregnancies would probably end in abortion, meaning 53 “unborn babies killed.” This in contrast to the 2 zygotes flushed out each year (0.15 times 12 months) per 100 women on birth control. In other words, even if the pill is an “abortifacient,” making it widespread and available has the potential to decrease abortion so much so that it ought to be a moral imperative for those who really are in it to “save unborn babies.”

We’ve looked at the “with birth control” numbers to see how they check out, and now it’s time to turn to the “without birth control” numbers. When I looked for confirmation for Sarah’s figure that 18% of all fertilized eggs are naturally rejected by a woman’s body what I actually found was that that figure is too low.

As a natural protective mechanism, the uterus tends to reject fertilized eggs that take too long to adhere to the lining because they may be less fit, the researchers say. On day 11, more than 50 percent of pregnancies fail and on day 12, that number jumps to over 80 percent. (Source)

Studies have found that 30 to 50 percent of fertilized eggs are lost before or during the process of implantation – often so early that a woman goes on to get her period at about the expected time. (Source)

In nature, 50 percent of all fertilized eggs are lost before a woman’s missed menses. (Source)

Correcting Sarah’s figure to 50% means that in a given menstrual cycle 16 zygotes, rather than 6 zygotes, will “die” for every 100 women not on the pill. So let me quote Sarah’s comparison again, but with the numbers corrected.

Now of course, if you have 100 women not on birth control, some of them will get pregnant, so they won’t all ovulate in every given month. This means that the comparison above is a bit unfair. On first glance, it sounds like this would level the playing field and make the difference between zygotes flushed out for those not on the pill and zygotes flushed out for those on the pill insignificant. However, this is not the case.

Eighty-five percent of women will become pregnant in a given year. I am not sure where Sarah got her estimation that 33 women per month would have their eggs fertilized, but it checks out. Why? Because if half of those 33 eggs are fertilized, as the stats I quote above indicate that they would be, that’s 16 women becoming pregnant per month. If you run that percentage out – if 16% of your sample becomes pregnant per month – you end up with a total of roughly 85% of the women in your sample becoming pregnant in a given year, which is right on target. But if 16% of your sample becomes successfully pregnant each month, another 16% have fertilized eggs that are flushed out of their bodies naturally, spontaneous abortions resulting in dead zygotes. The math is getting complicated here, but I ran the numbers through – 16% out of 100 the first month, 16% out of 84 the next month, etc. – and for 100 women over the course of one year you will end up with around 85 dead zygotes even when you account for the fact that almost all of the women in the sample will end up pregnant by the end of the year.

Just in case starting the sample with 100 women who are not pregnant somehow skewed the numbers, let’s simply consider two individual women over their lifetimes. Let’s say that each has 25 fertile years. One is on the pill the entire time. If we add up her 2% chance per year of having a zygote flushed out, we end up with a 50% chance over her lifetime. The other woman does not use birth control. For every menstrual cycle, there is a 16% chance that she will have a zygote flushed out. This means that out of six periods, on average she will have one zygote flushed out – one fertilized egg that will fail to implant in her uterus. While without birth control she will likely spend much of her time pregnant, she will still have periods in between pregnancies. And since it’s just as likely that a zygote will fail to implant in between two pregnancies as it is that it will successfully implant, thus starting another pregnancy, she will probably end up with just as many dead zygotes as she ends up with pregnancies.

The implication of all of this, of course, is not lost on Sarah:

How has such a massive flaw gone unnoticed all this time? Did anti-birth control advocates really just “miss” these obvious facts, or could it be that they like the result of this misconception? Denying women rights to their own reproduction is the oldest weapon in the war on women. Even if you believe that a zygote deserves the same rights as a full grown human, there is still no reason to oppose birth control other than to control women.

I don’t know about you, but I’ve had enough of the “personhood” smokescreen. Let’s call the anti-birth control message by its real name: anti-woman. 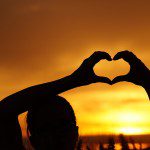 Nonreligious
If You're Going to Force Women to Be...
Love, Joy, Feminism