“Pro-Life” Lt. Gov: “There are more important things than living”

I am getting really, really annoyed.

[Texas Lt. Gov Dan] Patrick was heavily criticized last month after he suggested in an interview with Fox News’ Tucker Carlson that he and other senior citizens might be willing to die to save the economy. He stood by his statements in a new interview with Carlson on Monday night, saying, “We are crushing the economy.”

“There are more important things than living.”

Have I mentioned that this guy is really, really anti-abortion—or as he would put it, pro-life?

In fact, Patrick is so anti-abortion he once said this:

We talked about the choice, you ask us, well don’t we put ourselves in the place of the woman and her choice, what choice does the baby have? Who speaks for the baby? Do you think if the mother had a conversation with the baby and said, “You know, this just isn’t really convenient to give birth to you right now, do you mind dying?”

All of a sudden, when he is the one affected, “there are more important things than living.” Huh. Interesting.

Oh and then there’s this very good point:

Remember the Bush years when there was a giant news story about one woman on life support possibly being taken off per her own wishes? And now those same people are straight faced asking us to sacrifice a few relatives for the sake of being able to eat at Applebee's? Good times.

Do you remember Terry Schiavo? Because I do.

Conservatives moved heaven and earth to prevent authorities from letting Schiavo die, fifteen years after a medical emergency left her with severe brain damage and in a persistent vegetative state. This is an interesting point because it’s a reminder that abortion opponents don’t limit their activism to abortion—they also oppose euthanasia and other forms of removal of care.

If anything, this makes Patrick’s current line of reasoning that much more baffling. All of a sudden now “there are more important things than living”? Since when?

Tell me, who is really “pro-life”? 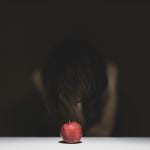 April 21, 2020
Young Earth Creationist Asks: Whose Fault is the Coronavirus?
Next Post 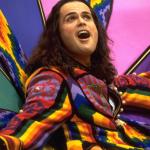