Young Earth Creationist Asks: Whose Fault is the Coronavirus?

An Answers in Genesis article written by Ken Ham caught my eye yesterday: Who Is Responsible for the Coronavirus? God, Man, or the Devil? asked the title. Curious what they would say, I started by skimming down he article to its end to find its conclusion:

So, who is responsible for the coronavirus? God, man, or the devil?

The one true God exists in eternity and decreed he would create a perfect universe with a planet teeming with life that was all very good. He also decreed he would make Adam & Eve in his image, to propagate the human race. In eternity past, he decreed he would permit sin for his purposes, knowing death, disease, and suffering would ensue because of man’s actions. He created angelic beings, including Satan, for his purposes, knowing that Satan would tempt man to fall into sin. God had determined in eternity through all this to redeem a people as a bride for his Son. Human beings are free agents living on this earth, but nothing happens outside of God’s control, and everything that occurs will never and can never be inconsistent with the eternal decrees of God.

That puts the coronavirus in the right perspective.

Wait. Was there actually an answer in there?

Let’s break it down:

The one true God exists in eternity and decreed he would create a perfect universe with a planet teeming with life that was all very good. He also decreed he would make Adam & Eve in his image, to propagate the human race.

Okay. No answer so far.

In eternity past, he decreed he would permit sin for his purposes, knowing death, disease, and suffering would ensue because of man’s actions.

Huh. God decided he would “permit” sin even knowing all of the death and suffering that would follow. That seems to take some of the onus for sin off of Adam and Eve.

He created angelic beings, including Satan, for his purposes, knowing that Satan would tempt man to fall into sin.

Wait. That seems to take more of the onus off of Adam and Eve. After all, God created Satan knowing that he would tempt man and—he is omniscient, after all—knowing that Satan would succeed.

God had determined in eternity through all this to redeem a people as a bride for his Son.

This is irrelevant to the question at hand.

Human beings are free agents living on this earth, but nothing happens outside of God’s control, and everything that occurs will never and can never be inconsistent with the eternal decrees of God.

Hold on, though! Just before this, Ham wrote the following:

Humans are created beings—created in God’s image (Genesis 1:27). But humans are also sinners. Our sin in Adam (Romans 5:12) brought about the groaning world. So our sin resulted in death, disease, and suffering. Because of this, some viruses and bacteria now cause diseases. Thus a disease-causing coronavirus is not God’s fault—it’s our fault.

And yet humans are free agents? Somehow?

Ham has this to say on humans as free agents:

How could God determine everything including the free actions of free agents? Does that mean there are no voluntary agents or actions? But aren’t humans free agents? Can’t we make our own decisions? What if I decide right now to eat an apple, isn’t that my own decision? Yes it is. But also consider this: “The king’s heart is a stream of water in the hand of the LORD; he turns it wherever he will” (Proverbs 21:1).

The King appears to be free to be making his decisions, but God is controlling him as he controls the rivers.

So how can we have a free agent being totally controlled at the same time? Well this means there are things that God has told us about himself and this world that our finite minds just cannot reconcile. This is called an antinomy. This means that it’s a position in which we are given two truths that we cannot fully reconcile as finite human beings.

Oh! Oh! I know this one! When some aspect of their theology simply does not make sense—or even seems to be contradictory—fundamentalists fall back on a claim that our human brains just cannot understand it. (If you ever wonder wonder young earth creationists like those at Answers in Genesis aren’t taken seriously by the mainstream scientific community, this is why.)

Humans are free agents … but they are also being controlled by God. Cool. I mean, maybe it’s just me, but when you apply this to the novel coronavirus, it sure sounds like God did it.

If you scroll back up earlier in the article you find tidbits like this:

God’s Word also teaches us that there is really no such thing as chance. Even the life of a little sparrow is in the hands of God, and nothing happens to that sparrow that’s not under his control.

I grew up in an evangelical home. When things like this stopped making sense, I concluded that God must be mostly hands off. He created the world and started it running, sort of like a divine clockmaker, but beyond that he only intervened when he absolutely had to, or when doing so was important for a particular reason—but in general, he just let what amounts to a grand experiment run out, setting the initial conditions and letting things happen when they would.

The idea of a God who intervenes constantly, who guides and even controls, simply did not seem consistent with the world we live in, a world where children starve to death and humans commit genocide or mass slaughter. The idea of a God who intervenes to help you find a parking space—this was a common prayer I heard growing up in an evangelical home, followed by a “praise the Lord!” when a spot was finally located—but who didn’t intervene to stop WWI or WWII seemed unconscionable.

I want to return to Adam and Eve for a moment, though.

One thing I’ve noticed as a parent is that I avoid putting my children in positions where they are doomed to fail. I mean, why do that? If the candy they’re not supposed to get into is clearly tempting them, I put it up where they can’t see it! Why would I leave it out? What’s the point of putting them through some sort of cruel test they’re almost certain to fail? Like, why? Instead, I shape the circumstances around my children to encourage good behavior and decrease bad behavior. I know they can end up out of sorts if they’re on the computer for too long without taking a break, so I make them take breaks. I don’t set up a tempting situation and then let them crash and burn. I mean, who does that? What’s the point?

Whether we realize it or not, we manage ourselves similarly. For example, if I want to stop myself from checking facebook too often, I move the facebook app into a folder on the second screen of my phone. That way it takes me an extra moment to open my facebook app, and that extra moment gives me time to think twice. I’ve considered deleting the app—that would also keep me from checking it. Leaving it on my home screen and expecting myself to have self control just because would be silly.

So! Whose fault is the coronavirus? Let’s ask another question—why are we even asking this? From my perspective, as a person deeply skeptical of the existence of a god or gods, this is not a question worth asking. We can judge our responses to the virus, or the inadequacy of our preparation, but it’s no one’s “fault” that animals carry diseases that sometimes mutate and make the jump to humans. It’s how biology works. It’s like asking whose fault gravity is.

The trouble for fundamentalists and evangelicals alike is that they tend to believe that God is omniscient and omnipotent—all knowing and all powerful. As a result, they have to grapple with the fact that they believe in an all-powerful God who also allows disasters like this one when he could prevent them. I don’t have to grapple with that, because I don’t accept those operating parameters. I don’t believe in an omnipotent omniscient God who also allows horrific disasters to unfold.

In asking who is responsible for the coronavirus, Ham is grappling with the question “why would God let this happen?” Yet when he tries to pin the blame on man, his attempt rings terribly hollow. God permitted sin. God created Satan, knowing what would happen. Nothing happens that God does not control. But the coronavirus is man’s fault, because man sinned? Say what now?

That’s some deflection right there. 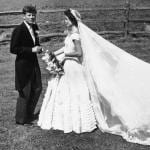 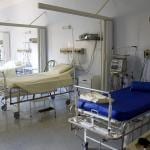