A number of the Catholics who commented on my pro-life movement article pointed me to Natural Family Planning as the solution for everyone who has sex and doesn’t want to get pregnant. As one commenter said:

Natural Family Planning, when done correctly, is more effective that ANY form of artifical contraception. It is a fairly simple method but it does take a little time and effort. There must also be a willingness to abstain for a period of time during the woman’s cycle. This time of abstinence allows the couple greater opportunity to express their love in non-sexual ways, which only enhances the relationship. You should check it out.

So yes, let’s do talk about Natural Family Planning. The assertion this and other commenters have made is that it is the most effective means of birth control, that it’s “fairly simple,” and that it actually “enhances the relationship” between a married couple. Let’s look, shall we? Because in contrast to what these commenters quite naturally assumed, I am not actually ignorant about NFP. Quite the contrary. I actually used it for four and a half years and only stopped using it this past summer.

Is NFP the Most Effective Birth Control Method out There?

First, the assertion that NFP is the most effective means of birth control. Here is a chart from a website one of these commenters linked to:

First, I would point out that even this chart does not say that NFP is the most effective method of birth control, but rather one of the most effective methods of birth control. What you have to understand though, that this chart shows perfect use failure, not typical use failure. In other words, if you use the method perfectly, this is the failure rate you will experience. The problem with that is that NFP is the hardest birth control method to use perfectly. To use the pill perfectly, you just have to remember to take it at the same time every day. To use an IUD or an implant perfectly, you don’t have to do anything at all. To use NFP perfectly, you have to know your body backward and forward and perfectly chart each menstrual cycle.

So let’s take a look at typical use statistics:

The thing about NFP is that you really do have to practice it perfectly. If you break the rules when you use NFP you will get pregnant. After all, the rules of NFP are this: figure out when you’re fertile, and don’t have sex during that time. If you break the rules, you are having sex when you are fertile – a perfect recipe for getting pregnant. In contrast, if you skip using a condom once there’s is a decent chance you’ll be okay, since you only ovulate during a certain period of the month. Similarly, if you miss just one pill, you’ll probably be fine. But if you break the rules of NFP, even just once? The chances are pretty high that you’ll end up pregnant.

So yes, NFP can and does work. But you have to be very careful to practice it perfectly, and even then claiming that it “is more effective than ANY form of artificial contraception” is quite simply false.

My Experience with NFP

Let’s turn now to my own experiences with Natural Family Planning. I used it for four and a half years, though given that I was pregnant or for eighteen months of that time, I suppose it’s probably more fair to say that I used it for three years. And yes, it did work for me. Both of my children were planned. Let’s turn for a moment to what’s involved in practicing NFP.

Temperature: NFP involves taking and recording your temperature each morning. At first glance this sounds simple. That’s misleading. For maximum effectiveness you have to take your temperature at the same time every morning. You need to not have been in bed for at least an hour before checking it, so if you wake up in the night and have to use the bathroom you have to make sure that you’re not within an hour of the time you’re supposed to wake up and take your temperature. Also, if you want to sleep in on a given morning, you risk messing up your temperature. Ditto for when you’re sick or out of town. Even vast swings in the room’s temperature can throw the reading off a bit. At some point I became so jaded that I concluded that the charts they show in the NFP books, where the low temperatures followed by a temperature jump to indicate ovulation are oh so obvious, have got to be fakes. The temperature jump is almost never that simple or obvious, and it always includes second-guessing.

Cervix and Mucus: The next thing you have to do is check your cervix’s shape and texture and your cervical mucos. In the books this always sounds simple. Your cervix is softer, wider, and lower before ovulation and harder, smaller, and higher afterwards. Similarly, the mucus is tacky or watery when you are not fertile, and becomes like egg whites in consistency when you approach ovulation. In practice it is not this simple or easy. There were times when my cervix would firm up and get smaller only to suddenly soften up again the next day, leaving me to wonder what in the world had happened. Sometimes the mucus never got to egg white consistency like it was supposed to, leaving me to wonder for days after I should have ovulated whether I actually had. Other times my cervix would get to about medium softness before hardening up again, leaving me to wonder if I had ovulated yet or not. Sometimes my signs were simply all over the chart. It’s really not as simple as the book makes it sound.

Charting Fertility: Finally, I had to put all of these signs together and determine when intercourse was safe. From everything you read and hear, it sounds like a quick look at the charts should tell you conclusively when you ovulate, and sometimes it really was this simple. Most months, though, I would stare at the charts, burning holes in the signs I had recorded before finally making the agonizing decision of whether or not it was now safe to risk intercourse. There were many months when I waited several days or a week longer than I technically needed to, sometimes waiting so long that my period arrived, because I was afraid I had misread the signs and hadn’t actually ovulated, especially in a month when the signs were confusing, with my temperature jumping up or down, or a missing temperature, or a day I had been sick. And I never enjoyed the first time we had sex once I decided that ovulation had passed and it was safe. I wanted to, but instead I couldn’t help but spend the entire time worrying that I might have misread the signs and that I might be about to get pregnant. When it was over I could enjoy the next time, since I knew that if we were going to get pregnant we were going to get pregnant and having sex again wouldn’t change that. That first time, though? Agonizing.

Abstinence: I was always careful and always played it safe, which I think is why it worked for me. However, this meant that between 50% and 60% of the time we couldn’t have sex. Some months, if the signs were confusing, it was more like 75% of the time that we couldn’t have sex. All the books say that this abstinence makes the times when you can have sex that much better. My experience didn’t bear this out at all. Instead, it made both of us feel like we had better have sex during the time we were allowed to, whether we were in the mood or not, because otherwise we were wasting our chance and would regret it later. And it made both of us frustrated when we couldn’t have sex and desperately wanted to. Sure, there is cuddling and making out, but that’s not the same, especially as a newlywed. And yes, you can engage in sexual contact that doesn’t involve sperm in the vagina. However, I was always afraid that if we did that and sperm ended up anywhere near my vagina, some of it might travel up through my uterus and I might become pregnant. Whether this was a rational fear or not, the result was that it was very difficult for me to enjoy any sexual contact at all during my fertile period.

So yes, NFP can be used as birth control, and it can work, as it did for me. Or sometimes it can not work, as in the case of a friend of mine who was careful and still ended up getting pregnant while using NFP twice. I should note, of course, that it doesn’t work at all for women with irregular periods – it by definition can’t work for them. [Edit: I have been informed that this is incorrect; since my periods have always been regular I have no experience using NFP while having irregular periods.] I did learn a lot about my body through using NFP and I don’t regret that, and some people absolutely love NFP and talk about it in glowing terms. More power to them! I am all for people using NFP if that’s the method they feel is best for them, and I do understand the appeal it has to those who want to go all natural and enjoy the knowledge about their cycles. But assuming that NFP is some sort of easy fix to substitute in place of artificial birth control, or assuming that it’s all rainbows and sparkles, or assuming that it’s something every woman can or should do, is extremely disingenuous.

This past summer I got an IUD. Not only does the IUD have a lower typical use and perfect use failure rate than NFP, but it’s also something I don’t have to worry about, or even think about at all. I don’t have to check my temperature, chart my cervix’s shape, or wonder if it’s safe to have sex yet. My husband and I can have sex when we’re in the mood, or not have sex if we don’t feel like it. I don’t have to worry with every approaching period about whether I might be pregnant. It’s absolutely amazing. If I had it to do over again, I would probably have gotten an IUD in between my two children rather than using NFP. So yes, NFP works. But to tout it as some sort of perfect cure-all? I’ll have to sit that one out. 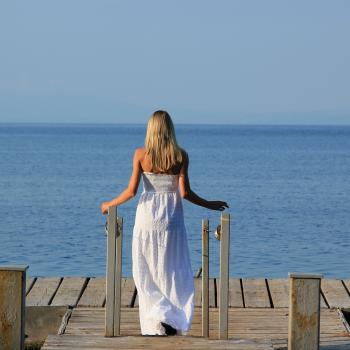 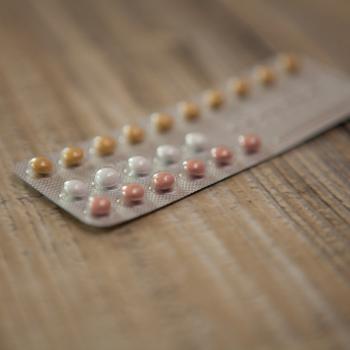