I’ve been so pleased with some of Christianity Today‘s coverage of sexual abuse allegations against church figures in recent months that I sometimes need reminding of how backwards the evangelical publication’s positions are in other areas.

Take this article, for instance:

The Trump administration continued to move toward pro-life policies and against Planned Parenthood with further guidance issued today by the Department of Health and Human Services (HHS).

Just what is this move toward pro-life policies?

The department has rescinded an Obama administration memo warning states against blocking Medicaid funding for providers that offered abortion. The Centers for Medicare & Medicaid Services (CMS) now consider that 2016 letter to have overstepped federal regulations; they have restored their position to allow states to regulate their programs within reasonable standards.

While federal funds cannot be used for abortions, Planned Parenthood reports that half of its patients use Medicaid to cover other services like birth control.

Contrary to the assumptions on display at right-wing news sites, women cannot just walk into a pharmacy and by the pill. They have to get a prescription from a doctor first. Planned Parenthood offers them a simple, streamlined way to see a medical provider and get a prescription. This, remember, is how Planned Parenthood got its start—providing access to birth control.

And yet, listen to how Charmaine Yoest, a Trump-appointed HHS official, describes the change:

“Reinstating the pre-2016 standards frees up states to once again decide for themselves what reasonable standards they use to protect Medicaid programs and their beneficiaries,” said Charmaine Yoest, assistant HHS secretary for public affairs and former Americans United for Life president, according to The Hill.

To protect Medicaid programs. What does that mean? No, really—in what way is giving recipients access to birth control at facilities that also offer abortions a threat to a state’s Medicaid program? Has it ever been framed as such? Literally no one wants to ban Planned Parenthood from receiving Medicaid funds because they care about Medicaid.

As if that wasn’t enough, Yoest adds the following statement:

“This is part of the Trump administration’s effort to roll back regulations the Obama administration put out to radically favor abortion.”

I’m sorry but no. Neutrality is not favoring abortion. All Obama said is that states could not use their Medicaid funding to cut Planned Parenthood out of the same reimbursements for birth control and other non-abortion services that other healthcare providers receive. That is not radically favoring abortion.

The magazine may have improved its handling of sexual assault allegations, but its treatment of life issues is business as usual. In fact, a recent article published under the title In Defense of Pro-Life ‘Hypocrisy’ declared that “pro-lifers ought to exercise caution about packaging abortion into proposals for a ‘consistent ethic of life’ because “the case against abortion rests upon the innocence of the child in the womb” while “capital punishment … brings guilt into the equation.”

After acknowledging that “areas like health care, welfare, and maternity leave” might weigh on a woman making a decision about an unplanned pregnancy, the article concluded that “it’s folly to imagine we can police hypocrisy by announcing the ‘pro-life’ position on everything under the sun—much less by shaming everyone who will not get with the program.”

That’s some line in the sand right there. 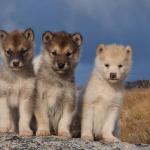 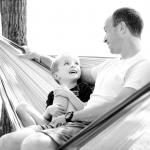