How I Used To Dress (with Illustrations)

I recently looked through some old photo albums from my teenage years. Oh, the memories that brought back. Clothing in the conservative Christian homeschooling subculture, especially the quiverfull variety, is quite the topic. I want to use some pictures to illustrate some points here, but I blog under a pseudonym so I really can’t use my own pictures, and I don’t want to violate some random person’s privacy by dipping into google images. So instead I’m going to use some pictures of the Duggars as illustrations, given that they’re already quite public.

First point: Matching homemade outfits. This is quite common in the circles in which I grew up, and was something my mom loved to do—she would sew us girls matching dresses, always quite modest, and color coordinate the boys outfits with ours. We frequently looked, well, a lot like this: While this look is cute, and there’s technically nothing wrong with it, I would point out that the whole matching outfits thing completely does away with individuality. This doesn’t always matter so much when the kids are little, but once children reach their preteens they’re generally longing for some sort of differentiation. I liked wearing the matching outfits even then, but one of my sisters absolutely hated it. It’s funny, too, because my parents always said that being homeschooled allowed us to be individuals, while if we were in school we’d feel pressure to conform and dress like everyone else. Um. Right. Today this rather makes me laugh.

Next we need to talk about jumpers and prairie dresses. The thing is, this fashion often looks just fine on younger children. It’s as the girls get older that this starts to change. Note the way the older girls are dressed in this picture, for instance:

I stood in those girls’ shoes. Seriously, I dressed exactly like those older girls.

Again, those dresses can be cute on girls when they’re little. It’s when girls in these circles hit their preteens and teens that things start to get a bit odd. The oldest Duggar girl in this picture has to be at least 14 or 15. Think how out of place she’d be among a group of mainstream girls her age. Let me put it this way: very. I remember. In retrospect, I wonder how much of my fear of public schooled children my age (even the evangelical ones) stemmed from how I dressed. A fifteen-year-old girl dressed in long sack-like jumpers or baggy, wafting prairie dresses definitely sticks out.

As a teen, my wardrobe consisted of jumpers, prairie dresses, other modest (read: baggy) dresses, and baggy T-shirts with jean skirts. If you look at the four older girls in this picture, you’ll have some idea of how I usually dressed: 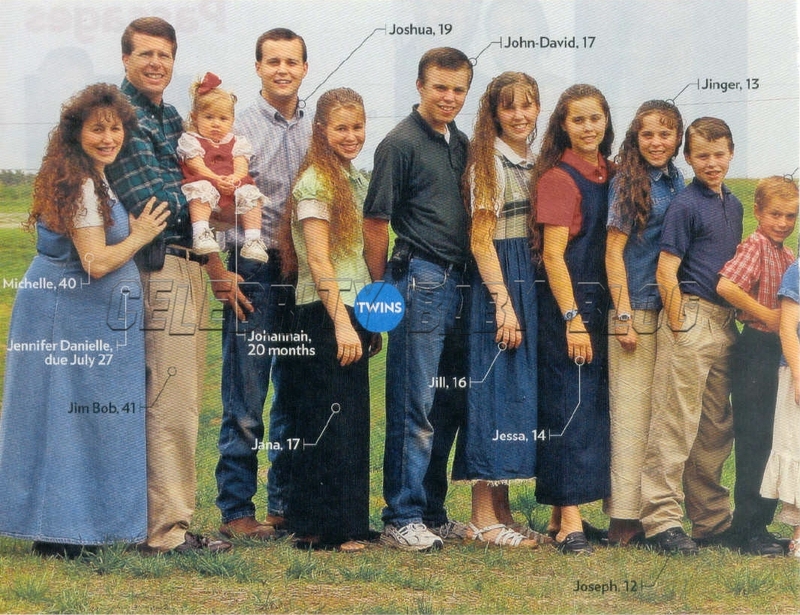 Actually, the Duggar girls in the picture above actually look a lot better than I generally did. Two of the girls are actually wearing shaped blouses. As for me, one of my most common combinations was a long shapeless skirt and an oversized, baggy T-shirt. As I look at pictures of myself now, I am struck by how shapeless and out of place I look. I would say I dressed like an elderly woman, but that would be a serious disservice to elderly women. Other frequent styles included jumpers (like the one the third daughter wears in the image above) and dresses fashioned by sewing several yards of cloth haphazardly to the bottom of a baggy T-shirt.

Recently, the Duggar girls have become more stylish. I’m honestly not sure why—has their fame made them want to fit in more? It’s not just the girls themselves, it’s also that their parents are clearly okay with their more stylish look. Regardless, I’m only including this next image as an example of how I didn’t dress. Jinger, second from the left, is wearing a skirt quite a bit shorter than I would have ever dared, and all of the girls are wearing shirt or jackets that are actually stylish, as compared to my shapeless baggy T-shirts and shapeless sweatshirts. The skirts worn by the two girls on the right are familiar—I would have worn those, though they would have been homemade and slightly longer. 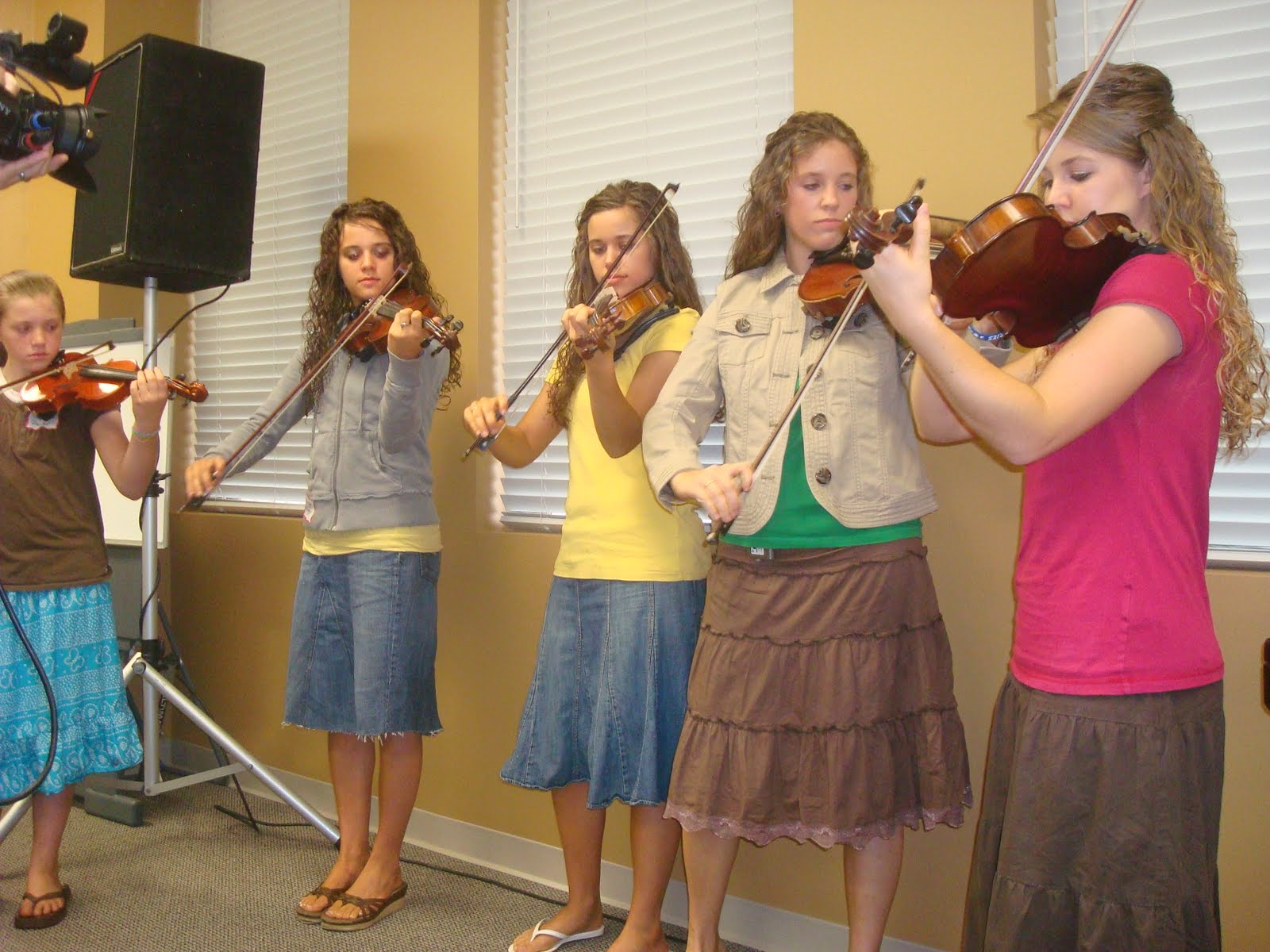 To be perfectly honest, I wish I’d developed a style like some of the Duggar girls in the picture above. Jinger especially shows that the modest uniform required can be done with an eye toward  style. I wish I’d done that.

Why didn’t I try to find a way to be modest and fashion conscious? Several reasons. First, I saw looking stylish as something worldly, something to resist. Second, I was terribly afraid that if I dressed attractively I might cause the young men around me to stumble (i.e., they might lust after me). Third, I had an extremely a low body image, partly as a result of the purity teachings. In the end, it’s not surprising that I just gave up and opted for extremely hideous and shapeless clothing.

Any conservative Christian homeschool girl you see wearing obviously modest clothing—even if it’s fashionable, like Jinger’s outfit above—has to struggle with her clothing choices, and with how they make her feel. Sure, there may be a few exceptions, but I don’t think I’m generalizing too broadly when I suggest that the pull between parent-enforced modesty, a desire to be attractive and beautiful, and a belief that being fashionable is “worldly” is fairly common and perhaps even nearly universal among girls growing up in conservative Christian homeschooling circles. There will of course be variation—I gave up on my looks entirely while other girls still seek to be attractive and beautiful in part in an attempt to attract a potential mate, sometimes pushed by their parents—but it’s a shared struggle.