When I was a child, we didn’t do trick-or-treating, but we did go to our church’s harvest festival each year, which means we children did end up with piles of candy. Each year my parents put all of that candy up where we couldn’t get it and let us eat it for only one half hour each Saturday over the next couple of weeks, until it was gone. This was a terrible idea. Not only did it reinforce that nothing was really ever ours, it also meant that every Saturday for a month we would cram ourselves with candy while anxiously watching a timer tick down.

Needless to say, I am doing things differently with Sally. Her candy is hers, not mine to take from her. If she eats it all at once, so what? When we got home from trick-or-treating this year, I told her that it was up to her when to eat her candy, but that she needed to remember that when it was gone it was gone, to brush her teeth frequently, and to put the candy wrappers in the trash. I told her that her candy was hers, that daddy and I weren’t going to take any of it and that she wasn’t required to give any to her brother (who had his own, smaller stash), and that while she could share her candy if she wanted to she didn’t have to. I figure that if I want to teach her self control and responsibility, the time to start is now.

Anyway, I was reminded of this and also absolutely floored when I read a recent TIME magazine article on the subject sent in by a reader. I have rarely run across an article that I agree with more, or one that more clearly articulates the way I view parenting. And to find this article on a major news site, rather than an on a blog? This article is a treasure.

According to a 2013 consumer survey, nearly three-fourths of American parents will be controlling the consumption of their children’s Halloween booty. There are various techniques, from the fixed ration — e.g., two pieces a day — to the slow trickle “as appropriate,” to outright confiscation, although some parents will offer a toy or some cold, hard cash in return for the forced forfeiture. (Then there are the Halloween candy “buyback” programs sponsored by dentists.) No matter the strategy, there is a fundamental sameness to the relationship between adults and their children’s Halloween candy in the vast majority of families in our society: grown-ups rule.

And why not, you may ask. Adults know better what is good for kids. Aside from the rare few who spend Halloween night sorting their candy into color-coded piles and then totally forget about it, children seem to lack the self-control to be left on their own with all that candy. Of course the responsible thing to do as a parent is to take custody of the goods and portion them out in a sensible way.

But the way I see it, raising children is a long-haul proposition. It’s not just about Halloween candy today; it’s about how lessons learned at Halloween lay a foundation for an entire lifetime. When you take away your child’s candy, you are saying that the candy is too dangerous for him or her to handle. That she needs adult protection from her own desire to eat it. That she can’t be trusted to figure out on her own how to manage her candy. These messages aren’t just about candy. These messages are about who your child is as a person. (Not convinced? As a little thought experiment, change the child into a teenager and substitute the word candy with sex.)

The child who is deprived of the opportunity to see himself as responsible, capable and trustworthy in relation to a relatively harmless sack of candy is going to have a much tougher time when he’s on his own facing the choices and temptations of adult life. Instead of eating candy, it’s going to be smoking cigarettes, experimenting with drugs, taking sexual risks, getting drunk. We want to protect our kids from those things too. Here’s the problem: protection, control and prohibition rely on the superior power of the adult. Power plays from time-out to “because I said so” might work on your average kindergartener, but they are totally useless with a 6-ft. teenager. You can put your foot down, sure — except that at a certain age, they just walk out the door.

Here is my radical proposition: the job of parents isn’t to restrict the candy. The job of parents is to help their children become responsible people. This process is long and slow and not always pretty. Kids will make mistakes. And we have to let them make those mistakes for themselves.

Halloween candy is a great opportunity to engage your kids in a real, meaningful conversation about food and the way we take care of our bodies. If you are concerned about the effect of eating vast quantities of candy at once or even spread over weeks, share that with your kids. Then stop talking and listen. What do your kids think about eating candy? How do they feel when you take it away? And if you are truly brave, do this: ask your kids to come up with a candy solution that all of you can live with. Let your kids be in control, and show them you trust them to follow through.

They may screw it up. After all, they’re just kids. But the earlier you start teaching your kids to see themselves as responsible, capable persons, the easier it will be in the long run. Give your children the tools and confidence they need to make it on their own. It may be harder to hand over that enormous orange bucket, but it’s the right thing to do.

I may have to look up more of what this author has written, because this is just beautiful. How about the rest of you? How did your parents handle your Halloween candy when you were a child, or, if you have children of your own, how do you (or did you) you handle their candy stashes?

November 3, 2013 Guest Post: A Courtship Story, Part 7: I Do
Recent Comments
0 | Leave a Comment
Browse Our Archives
get the latest from
Nonreligious
Sign up for our newsletter
POPULAR AT PATHEOS Nonreligious
1 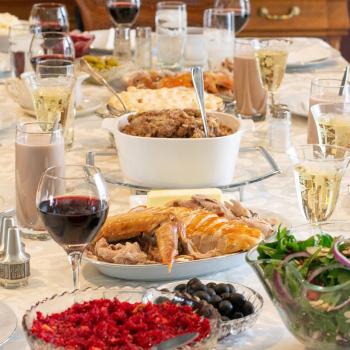 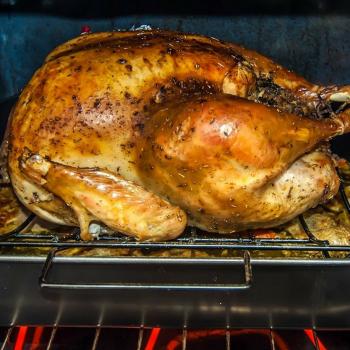 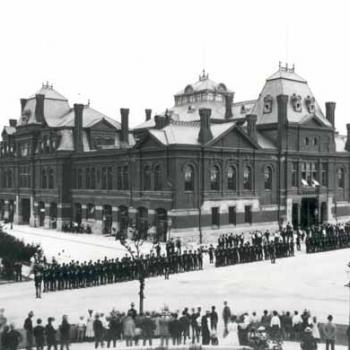 Nonreligious
When You're So Paranoid Even Sunday School Teachers...
Love, Joy, Feminism
TRENDING AT PATHEOS Nonreligious