We have a neighbor lady who just loves to bring things over for five-year-old Sally and two-year-old Bobby. She’s a bit older, and her own children are grown, and she’s the kind of person who might be called a “busy body”—once you get in a conversation with her it’s hard to get out. But she’s sweet, and considerate, and has watched my children grow since they were little. She brings them craft supplies, or old toys she had yet to throw out.

One evening a couple of weeks ago she came over with some paper letter cutouts (her daughter is an elementary teacher) for Sally, and then stepped in to chat. We had been in the middle of a movie, but I paused it as she admired our new living room setup (we had moved some of the furniture around). She talked about how big Sally and Bobby were, and about her daughter’s latest teaching gig, and her stay lengthened. I was looking for a polite way to call the visit to an end when Sally stood up and opened the door.

“It’s time for you to leave,” Sally stated adamantly, motioning to the neighbor lady. “I want you to go.”

The neighbor lady was deeply offended, and asked Sally why she would be so mean to her when she had only ever been kind and generous to Sally. Sally became angry and began to shut down, and the neighbor lady left, telling me she would leave me to talk to Sally.

Having watched Sally’s words and reactions—and having seen the neighbor lady’s reaction—I decided that Sally could not have been other than intentionally unkind. I tried to talk to her about it, but Sally clammed up and ran out of the room. I told her later that I couldn’t take her out in public if I couldn’t be sure that she would treat those around her kindly, and she again became angry and then teared up. She put a pillow over her head, but I could hear her small voice through it.

“Mom, I was not trying to be mean. I just wanted her to leave.”

And then I finally listened and believed her and stopped assuming I knew her intent.

One reason I scrutinize my own parenting as much as I do is that my parents set some pretty bad parenting patterns and I am determined not to repeat them. I remember feeling like my parents didn’t even care about intent—that it was actions alone that mattered to them. I remember feeling completely stifled because they punished only my misdeed and never cared about why I had done what I had done. This was also true with the smallest of children, who would be punished for the smallest disobedience even if they were simply tired or out of sorts. So with my own children, I operate under the assumption that intent does matter—that if I punish for actions, or assume every act of “disobedience” is some simple distillation, I’m missing things (to say the least).

I know that when my two-year-old comes to my bed in the middle of the night again he is not intending to deprive me of sleep, he simply wants to be cuddled and to know he is loved and cared for. I know that when my children have an absolute ball and get out nearly every toy in the room, they are not intending to create a mess. Usually my consideration of intent gets my kids off the hook—it’s not that there’s never a lesson to be learned, but rather I don’t embark on teaching that lesson with the assumption that their intent in doing x, y, or z was malicious. But in the case of Sally and the neighbor lady—perhaps for the first time—my consideration of intent did the opposite.

All of this came to me when reading one of Victoria Strong’s posts:

But this brings me to a major point I want to bring up. If I have learned nothing else from my nearly ten years of marriage, it’s that deciding you know someone else’s intent is one of the least constructive things you can do in a relationship. It’s so much better to focus on the actual behavior or action itself. It’s so much more peaceful to say something like, “Sweetie, when you did X it really bothered me/hurt my feelings/ made me feel XYZ/etc.”, and then give Sweetie a chance to respond, not “Why the hell did you do that? You must not care about me at all!”

Honestly, I don’t think it’s that different with kids. My parents loved ascribing intent to my behavior, and they were wrong so much of the time. . . . it’s just too easy to infer intent that isn’t there when your kid does something irritating. And that destroys relationships. I always thought my parents hated me precisely because . . . [t]hey always inferred this terrible destructive intent that I simply didn’t have. There were even some instances where they assumed I was trying to be obnoxious when I was in fact trying to be helpful, which hurt immensely.

In my years of marriage I’ve learned the same thing Victoria has, but I hadn’t thought to apply that to children. This is immensely helpful. For years my children have been too young to tell me their intent, and I have tried to gauge their intent myself, generally—until that evening a couple of weeks ago—assuming the best. (After all, what two-year-old throws a fit out of malice rather than because there’s no more milk in the house and he can’t figure out any other way to process is disappointment?) But this is no longer true of Sally—she is old enough to tell me her intent, so I need to stop assuming I know it.

What am I going to do differently going forward? First, I will think long and hard before imputing negative intent to my children’s actions. I hadn’t previously thought about the way trying to understand intent could backfire because I had read it positively almost by default. I had tried to understand rather than deciding I knew. But now I’m on the watch for times when I may be tempted to assume the worst. Second, especially with Sally, I will do what Victoria recommends—and what I already do with my own husband. I will tell her what she did that hurt me (or the neighbor lady, or someone else) and open the floor. She can tell me what she was actually intending with that action, and we can talk about it, and about better ways to achieve whatever it was she was trying to achieve. I’ve done this from time to time in the past, but sort of by happenstance rather than as a consistent and intentional practice.

If I had taken this approach with regards to Sally’s words to the neighbor lady, the entire thing would have been so much simpler for all of us. Sally could have told me that she wasn’t trying to be mean, and we could have talked about what words people find mean, and about better ways to ease out of a conversation or end a visit gone on too long—and about coping strategies for how to act when things don’t all go our way. What a learning opportunity it would have been! Instead, it was stressful and unpleasant for all involved.

Another thing I’ve learned is that “right now” is not always the best time to discuss an issue. If I had insisted on discussing what happened with the neighbor lady immediately after she left—immediately after the neighbor lady told Sally she was deeply offended—it might have gone badly no matter what I’d said. Sally sometimes needs some space, and can come back to an issue later and evaluate it more effectively. I was always told as a child that issues like this had to be resolved immediately, but from my interactions with both my husband and with Sally, I have found this isn’t always true.

But most of all, I want Sally to feel listened to, because as a child, I didn’t. 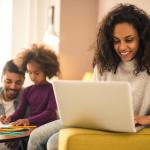