Organized atheism has a love affair with science. It’s not just that science offers explanations for things that have often been explained supernaturally, it also provides many atheists with a sense of awe. But it’s something more than that, too. For some, science seems to replace religion. I’ve had atheists tell me, for example, that science will show us the way forward, let us know how to live, and give us solutions to the world’s problems—never mind that, as I have pointed out, science does not come with built-in ethics.

Movement atheists, both in the past and (to a decreasing degree) in the present tend to be white, male, and better educated than average. As a result, they may not notice why other populations may not trust science as completely and implicitly as they do.

When it comes to gender, I’ve seen too many atheists simply pick up evolutionary psychology and run with it. Women stay at home with their children because they are biologically wired to be nurturing, I’m told, and on and on it goes. After all, it’s science! And when a female atheist opens her mouth and explains that it is bad science designed to perpetuate stereotypes and benefit those already in power, she is quickly labeled a science denier.

The problem is the assumption that if something is “science” it somehow automatically exists outside of societal power dynamics. But this is not the case! Throughout history, science has been used by those in power to perpetuate the status quo—and to keep marginalized groups in their places.

In the past, “science” has been used to prove that the white “race” is superior to other “races.” This image was one of many in a popular 1866 book that purported to be “science”:

And of course, there’s Nazi Germany:

[T]he three Kaiser-Wilhelm institutes that were beneficiaries of Rockefeller largesse were to eventually play important roles in the development, implementation and exploitation of the racial programs of the Third Reich including murderous experiments and the exploitation of the dead. Kaiser-Wilhelm scientists joined with the Nazi state in pursuit of the goal of improving the people’s health (Volksgesundheit), the major emphasis being on eugenic and racial purification. The resulting collaboration between science and the Nazi state not only legitimized the policies and programs of the Hitler regime it resulted in the exploitation and mutilation and murder of untold thousands of innocent victims by physicians and scientists associated with some of the world’s leading universities and research institutes. The participation of scientists associated with the Kaiser-Wilhelm Society enhanced the credibility of the Nazi state’s program of scientific terror and murder.

Scientific racism was widespread well into the twentieth century. Science textbooks taught that the anglo-saxon “race” was superior to all others, and explained that the inferiority of the African “race” (and others) was due to their biology, as shown by science. Can you see why a racial minority might be slightly less trusting in science than whites? White people do not have a history of science being used as a tool of oppression, but racial minorities do.

And lest you think that science is no longer used as a tool of oppression against minorities, you might consider the way conservatives have since the 1960s used statistics and data to claim that the poverty African Americans face is the result not of systemic racism but rather of not getting married enough.

And what about gender?

This from 1871, representing the mainstream medical and scientific position:

Women become insane during pregnancy, after parturition, during lactation; at the age when the cataraenia [menses] first appear, and when they disappear [menopause]. . . .

The sympathetic connection existing between the brain and the uterus is plainly seen by the most casual observer. Many women are completely prostrated while menstruating, and suffer intensely in the head. In many animals the analogous period of the rut produces mental phenomena which approach insanity as nearly as anything evinced by these lower minds can. The madness of March hares has passed into a proverb. The stag and the buck, in October, render unsafe the parks in which they dwell. In a woman whose brain is peculiarly unstable and prone to disturbance, it is no wonder if uterine irregularities cause corresponding mental symptoms.

Believe it or not, it was also believed that too much education would damage a woman’s uterus. This was the mainstream scientific opinion at the time. This “scientific” understanding of the female body was used to bar women from attending university, and from voting. In other words, science was a key tool in women’s oppression.

And all of this is without even getting into the troubled relationship between science and those with disabilities, and science and our criminal justice system. People have been forcibly sterilized, because science. This includes both those with disabilities and also criminals, as crime was once judged to be genetic. There is so much more I could talk about here, but suffice it to say, the history of science is just as troubled as the history of religion, if not more so.

Now don’t get me wrong, I love science! Science is incredibly important. But should bear in mind that science has historically been used by those in power to bolster their position. It is not this perfectly neutral thing we would like to imagine it, because you cannot erase the human element. It is not that science cannot be used by minorities to overturn racist or sexist assumptions—it absolutely can, and should. But as with everything else, those with more resources and more connections—predominantly white males—hold the most prestigious positions at research universities and academic journals.

So by all means, enjoy science! I enjoy it too! I am not anti-science. But please remember that science has historically been used as a tool of oppression against racial minorities and women, among others. Please don’t promote the myth that we can get our ethics from science. We need to bring ethics to science, not the other way around! Please be willing to look for the ways science may be used to support sexism or racism (or classism or homophobia), and be on the watch to call this out when it occurs. Please make an effort to locate your own blindspots.

Science has never been as unbiased or neutral as we may like to imagine it.

November 4, 2014 Election Day Open Thread
Recent Comments
0 | Leave a Comment
"Even though in Supes' mind in a lot of comics, that "wimpy modest covering" IS ..."
Melissia Do Face Masks Violate Evangelical Anti-Modesty ..."
"Maybe "Me-Bwah" is a corruption of "My brother"...? It's all I can come up with ..."
Silverwynde Island of Aquarius: Dr. Cooper’s Very ..."
"Even if it were - which, like you, I don't believe - kids deserve better ..."
Conuly The Scandal of Pastor John Ortberg ..."
""Hello. My name is Dr Jacob Cooper. You killed my daughter. Prepare to ... uh, ..."
Taneli Huuskonen Island of Aquarius: Dr. Cooper’s Very ..."
Browse Our Archives
Follow Us! 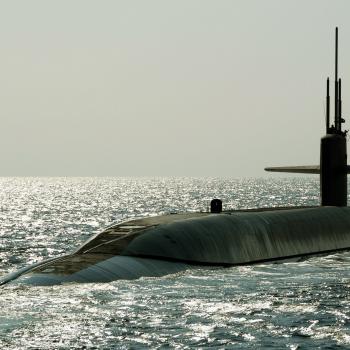 Nonreligious
Was Jonah's Whale a Submarine? On the Bible...
Love, Joy, Feminism