Several months ago, I let the bathroom briefly to grab a towel while the children were bathing. Sally is five and Bobby two, but they actually rarely bathe together because they’re both so bath-resistant we usually end up running them through the shower with us instead. Standing in the hall grabbing a towel from the linen closet I heard something along the lines of “Can I see it?” When I reentered the bathroom a moment later I realized that Sally was looking at and touching Bobby’s penis. Sally looked fascinated, and Bobby was watching Sally in an interested manner.

I wrote yesterday that as I’ve read various responses to the childhood episodes Lena Dunham described in her memoir, my mind has been drawn to a time I was pressured into showing another little boy my bare bottom when I was around seven. My mind has also been drawn to Sally and Bobby’s bath that day. But in addition to the difference in age difference (my children are three years apart and Lena and her sister are six years apart), there is a very big difference between what happened between Sally and Bobby that day and what Lena describes happening between her and her sister Grace.

Lena describes “prying open” her one-year-old sister’s vagina out of curiosity, and then says this of her mother’s response as she arrived on the scene:

My mother didn’t bother asking why I had opened Grace’s vagina. This was within the spectrum of things that I did.

I honestly can’t imagine a world in which I would walk into the bathroom to see Sally touching Bobby’s penis, and conclude that that’s just Sally being Sally and say nothing. That is the wrong response. It also runs counter to my personal values. I don’t believe in shaming a child for being curious about another child’s genitals—some level of curiosity is normal and healthy—but I absolutely do believe in teaching children about personal boundaries and consent.

So how exactly did I respond when I reentered the bathroom that day? I didn’t raise my voice or look scandalized or in any way indicate that I thought a horrible thing had occurred, but I did talk to Sally—and Bobby too—about private parts being private, and about not touching others’ private parts. I said something like this: “Yes Sally, you have a vagina and Bobby has a penis. They are different! Isn’t that weird? Our bodies are so cool! But Bobby’s penis is his, and you should not touch it. Okay? Your private parts are yours, and his private parts are his.”

Of course, there’s something else that makes the story Lena describes different from what occurred between my children in the bath that day, in addition to the difference in age difference and the difference in parental response. Lena claims her one-year-old sister Grace put six or seven pebbles in her own vagina. I don’t see any way this could have happened as described. Children that age don’t have the motor skills to do that. This raises the question: Did Lena put pebbles in her sister’s vagina? And it leads back to my earlier question: Why in the world did Lena’s mother not talk to her about personal boundaries?

There’s also the way Lena describes the episode. When she used phrasing like “I leaned down between her legs and carefully spread open her vagina” and “she didn’t resist,” she had to have known she was going to elicit a response. The phrasing she chose smacks of erotica. It’s designed to provoke. Further, Lena shows no understanding that she shouldn’t have been touching her sister’s vagina. In any normal memoir, the story would have gone like this: “This one time I took my sister’s diaper off and examined her vagina. I was curious! Then my mom came out and saw what was going on and told me that Grace’s private parts are Graces, and that I shouldn’t touch them.” But in Lena’s memoir, that’s not how it goes. Instead, she seems to celebrate it.

Here’s what I find hard to understand about the feminists who are defending Lena: We as feminists supposedly believe in the importance of consent, and the stories Lena tells violate that principle. A one-year-old child cannot consent, especially with the large age difference. Yes, kids are curious, but this sort of thing usually occurs between children of the same age. Lena also tells of bribing her sister to let her kiss her on the lips, and if that’s not coercive I don’t know what is. So why are we defending her, again? Saying that it’s normal for children to be curious and to want to see or even touch each other’s genitals is one thing, but that’s not what this is.

We need to be able to defend non-coercive and non-exploitative childhood curiosity and exploration, whether about bodies or about sex, without having to defend all childhood curiosity and exploration, even when it’s coercive or exploitative. And feminists, of all people, should recognize the importance of the power differential between Lena and her little sister.

Nonreligious
We Need to Talk about White Women and...
Love, Joy, Feminism 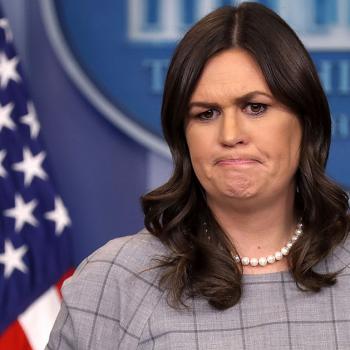