The State of Children’s Rights in Our Society Is Abysmal

The State of Children’s Rights in Our Society Is Abysmal August 10, 2015 Libby Anne

“No, I’m sorry, if there are no bruises CPS won’t even take the report,” the woman from the ChildHelp hotline told me over the phone. “There’s nothing they can do.”

“But her mom keeps yelling at her, and they’re going through her stuff,” I insisted as I pulled up to a red light. Making the call in the car wasn’t my initial plan, but it would have to do. “Surely there is something I can do?”

“No, I’m sorry, if there are no bruises they’re not doing anything against the law.”

“Okay, thank you,” I said, and ended the conversation in frustration.

As a society, we do a very very poor job recognizing the significance of emotional abuse. Very poor. Bruises tend to be our standards for abuse. Well, you know what? Some of the people I know who are most impacted by the childhood abuse they suffered were never hit by their parents. Let that sink in for a moment. Emotionally abusive parents can turn a child’s home into a living nightmare, toying with their children’s very minds.

Almost all States, the District of Columbia, American Samoa, Guam, the Northern Mariana Islands, Puerto Rico, and the Virgin Islands include emotional maltreatment as part of their definitions of abuse or neglect. Approximately 33 States, the District of Columbia, the Northern Mariana Islands, and Puerto Rico provide specific definitions of emotional abuse or mental injury to a child. Typical language used in these definitions is “injury to the psychological capacity or emotional stability of the child as evidenced by an observable or substantial change in behavior, emotional response, or cognition” and injury as evidenced by “anxiety, depression, withdrawal, or aggressive behavior.”

What is emotional abuse, exactly? The term can seem slippery. According to the Child Welfare Information Gateway:

Emotional Abuse (or psychological abuse) is a pattern of behavior that impairs a child’s emotional development or sense of self-worth. This may include constant criticism, threats, or rejection, as well as withholding love, support, or guidance. Emotional abuse is often difficult to prove and, therefore, child protective services may not be able to intervene without evidence of harm or mental injury to the child. Emotional abuse is almost always present when other forms are identified.

Consider the possibility of emotional maltreatment when the child:

– Shows extremes in behavior, such as overly compliant or demanding behavior, extreme passivity, or aggression

– Is delayed in physical or emotional development

– Reports a lack of attachment to the parent

Consider the possibility of emotional maltreatment when the parent or other adult caregiver:

With the exception of the bit about blaming, belittling, and berating, very little of this directly addresses the kind of emotional abuse I am most familiar with, which typically involves teenage or young adult children and parental control rather than parental withdrawal. Indeed, these warning signs tend to focus on emotional deprivation. Emotional deprivation is of course part of the equation, and is a serious problem, but the form of emotional abuse I am most familiar with tends to revolve primarily around a parent leveraging a child’s own emotions against them.

The problem is that much of this is perfectly legal for a parent to do to a child of whatever age, and that child has no recourse. But let’s talk about teens, specifically. Notice that the above entry begins by mentioning that an abuser treats their victim “like a servant, child, or even his or her own possession.” Like a child. What about when a teen is treated like a child? Why is it that our laws vis a vis parental authority over their children tend not to draw a distinction between a seven-year-old and a seventeen-year-old?

I think part of the problem is that many people see some level of emotional abuse as normal and okay. For example, I suspect that most adults expect parents to yell at their kids from time to time, and don’t see that as abusive. After all, kids sometimes deserve it, right? Not so fast! New research points to the very real harm caused by yelling at a child. I’ve been in situations, as a parent, where I felt like taking out my anger on my child—and sometimes (to my shame) I’ve acted on that. Too often a parent yelling at a child is more about that parent wanting an outlet to express their frustration and anger than it is about an effort to teach that child or help them do better in the future (and frankly, yelling is not a good way to teach a child anyway).

But let’s return to our discussion of teens. We as a society tend to recognize that parents need to start taking off the training wheels as a child goes through adolescence, but our legal code does not reflect that. Parents of teens are legally allowed to control them to the nth degree. Parents of teens can legally read their text messages, go through their rooms, take away the keys to their car, sell their laptop or other computing devices, refuse to allow them to leave the house except for school, and even homeschool them to prevent them from having contact with anyone outside of the family whatsoever. Why is this legal?

It’s true that teenagers need guidance. I think we tend to give parents these powers on the assumption that they will use them wisely to healthily guide their teens through adolescence. But not all parents are wise, and not all parents are kind. Some parents are abusive, controlling, and manipulative, and putting this kind of power in the hands of such parents has extremely negative repercussions. We need to find a way to give teens more legal rights, and I believe we can do this without preventing good parents from lovingly guiding their teens.

As a society, we recognize that bruising a child is abuse. But unfortunately we do not, as a society, have much awareness of the sad reality that parents can severely abuse their children without ever laying a hand to them. Something is broken here and is in dire need of fixing, especially when it comes to teens.

August 11, 2015 By Faith Alone? The Boundaries of Evangelicalism
Recent Comments
0 | Leave a Comment
Browse Our Archives
get the latest from
Nonreligious
Sign up for our newsletter
POPULAR AT PATHEOS Nonreligious
1 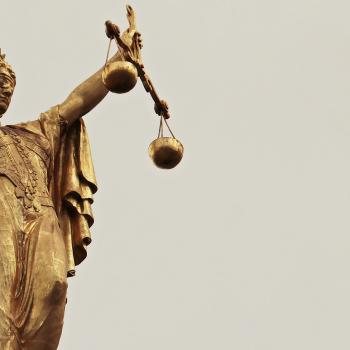