Bill Gothard has been accused of sexual harassment and abuse by literally dozens of women, most of whom were teens under his care at the time the incidents occurred, but while these accusations have forced him to step down from his position with the Institute in Basic Life Principles (IBLP), they haven’t prevented him from starting a new ministry, Life Purpose Power Teams. What exactly is this new ministry? The website talks a lot about rhemas, prayer, and accountability partners. According to IBLP, a rhema is “a verse or portion of Scripture that the Holy Spirit brings to our attention with application to a current situation or need for direction.”

But I’m not actually here to talk about Gothard’s new ministry, I’m here to talk about a specific article published on the Life Purpose Power Teams website. It’s unclear whether Gothard or one of his staffers wrote article, which explains “how the Civil War could have been avoided,” but even if it was written by a staffer it was presumably approved for publication by Gothard. And it’s bad. The article lists five things that could have avoided the Civil War. I will list them one by one and respond to each.

1. If every believer had established the daily disciplines of getting a Rhema in the morning and quoting it to God while going to sleep, God would have fulfilled his promise of giving them prosperity and success.

This actually brings to mind an interesting question—how exactly does the author know believers weren’t doing this?

2. If all believers would have learned and applied Christ’s commands, they would have loved God and their neighbors as Christ loved them. They would have developed the attitude of being a servant to everyone, including their slaves.

Note again that Gothard does not suggest that if believers had truly applied Christ’s commands, they would have ended slavery. No, he says they would have treated their slaves well. Those are two very, very different things.

And you know what? Many southerners defended slavery by arguing that they were treating their slaves well, and that their slaves lived happy lives of plenty and contentment. I get the feeling the author would have listened to their words and then embraced them joyfully as brothers and sisters in Christ.

3. If all believers would have prayed daily for those around them that God would bless them in their personal lives, their marriages, their families, their finances and their health, every American could have been prayed for, including all the slaves.

Oh goodie, the slaves would be prayed for! How nice!

4. If all the slaves would have been trained how to follow these same disciplines of finding and meditating on daily Rhemas, God would have also given them the same prosperity and success.

In case you’re wondering, no, when author speaks of slaves having “property and success,” they are not referring to freedom. In case there is any doubt, see below.

5. With God’s blessing upon the slaves, they would have risen to greater responsibility, influence and freedom regardless of their social status.

Once again, how nice! If the slaves had prayed just so, the author says, God would have made them successful slaves!

I feel compelled to note that many slaves turned to Christianity in their suffering and cried out to God for an end to their captivity. One wonders, does this author believe they were not crying out loudly enough? Or perhaps the problem was that they were praying for delivery rather than busying themselves serving their masters as God intended? The idea that slaves just needed to pray more and study the Bible and then everything would have been all rainbows smacks of victim blaming at its extreme.

After the five reasons comes this lovely tidbit:

How Has God Confirmed This Potential?

One of the most significant accounts in Scripture demonstrates the reality of this potential is the story of Joseph. He was sold into slavery by his envious brothers. He served Potiphar in Egypt. However, he had the fear of God, and he served as unto the Lord.

As a result, God prospered everything Joseph put his hand to. When Potiphar saw Joseph’s success, he gave him more and more responsibility until everything he had was under Joseph’s jurisdiction. All he knew about was the food that was set before him.

Huh, that’s funny, because I remember another story about slavery in the same general area of the Bible—a story that inspired Harriet Tubman and others seeking freedom from slavery in the antebellum South. In this story, the Israelites are enslaved to the Pharaoh, who treats them cruelly, and, rather than telling them to be good, faithful, prayerful slaves, God sends Moses to set them free. [Also, as a reader has pointed out, Potiphar threw Joseph in jail at his wife’s bequest after she tried and failed to blackmail Joseph into having sex with her, suggesting that Joseph’s supposed “power of influence” had some very serious slavery-related limitations.]

In the end, I’m scratching my head trying to figure out how exactly the author’s points would have prevented the Civil War. It sounds as though the author is suggesting that if all of the parties involved, including southern and northern whites as well as slaves, had simply read the Bible regularly, mediated on scripture, and prayed for those around them there would have been no need for ending slavery. All of the masters would have been kind and all of the slaves would have been successful—in their status as slaves, of course—and that would have been that.

In other words, Gothard contends that the Civil War could have been avoided if people had stopped trying to end slavery. Awesome. 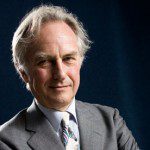 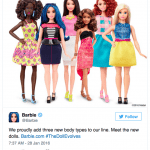