Martin Luther King Jr. and the Complicated Legacy of Our White Past

Yesterday was Martin Luther King Jr. day. Yesterday was also the day I told my six-year-old daughter that her great-great-grandfather was a member of the Ku Klux Klan during the 1920s. Once she got it—I had to explain what the KKK was, after all—her response was one of utter horror. Or rather, one of horror mixed with bewilderment. “Why?” she asked. “Why?!” When I told her that her great-great-great grandmother used to boast that black people weren’t allowed in her county after sundown, her consternation only increased.

It’s easy, on a day like yesterday, to imagine racial discrimination as something remote and unrelated to ourselves, or families, or our heritages. After all, we would have been one of the good guys if we’d been alive back then! Right? Actually, for most white Americans, that’s a big fat no. If we’d lived back then we’d very likely have had the same sorts of prejudices our ancestors had.

And it’s not always that far away, either. One of my daughter’s great-grandparents continued to use the n-word until the day he died, and my husband remembers him complaining about the time a black family moved onto his block and ruined his housing value. Another of my daughter’s great-grandparents once told me they’d chosen to move to the neighborhood my mother grew up in because the schools in the next locale over were “violent” and “dangerous”—read black.

And of course, as we well know, the struggle isn’t over. If I had a nickel for every white American eager to lift Martin Luther King Jr. as a role model while simultaneously suggesting that Trayvon Martin, or Freddie Grey, or Laquan MacDonald likely deserved to get shot, I’d be rich. The struggle changes, but the battle lines remain the same. What these individuals fail to realize is that if they’d been alive half a century ago, they would have been among Martin Luther King Jr.’s detractors, not among his admirers.

In his famous Letter from a Birmingham Jail, penned in 1963, King took primary aim not at the KKK or white racists but rather at white moderates.

I must make two honest confessions to you, my Christian and Jewish brothers. First, I must confess that over the last few years I have been gravely disappointed with the white moderate. I have almost reached the regrettable conclusion that the Negro’s great stumbling block in the stride toward freedom is not the White Citizens Councillor or the Ku Klux Klanner but the white moderate who is more devoted to order than to justice; who prefers a negative peace which is the absence of tension to a positive peace which is the presence of justice; who constantly says, “I agree with you in the goal you seek, but I can’t agree with your methods of direct action”; who paternalistically feels that he can set the timetable for another man’s freedom; who lives by the myth of time; and who constantly advises the Negro to wait until a “more convenient season.” Shallow understanding from people of good will is more frustrating than absolute misunderstanding from people of ill will. Lukewarm acceptance is much more bewildering than outright rejection.

Interestingly, King’s popularity with the public at large was on an upswing when he penned those words. Indeed, King made Gallup’s “Most Admired Man” list in 1964 and 1965. He did not make the list in 1966, however, and Gallup did not measure his popularity in 1967 or in 1968, the year he died.

Why did King’s popularity dip after 1965? Put simply, King made white people increasingly uncomfortable as time went on. The summer of 1965 saw riots in Los Angeles, and in early 1966 King turned his focus to housing segregation in Chicago. An increasing number of white Americans associated King with violence, and many in the North who praised him as he sought to address racism and segregation in the South turned on him when he brought the same message to the North.

Here’s an excerpt from Matt Pearce’s recent Los Angeles Times article, When Martin Luther King Jr. took his fight into the North, and saw a new level of hatred:

Fifty years ago this January, King embarked on a less-remembered chapter from the final years of his life, a battle that ultimately went unfinished — a campaign against poverty and de facto segregation in the North that was met with institutional resistance, skepticism from other activists and open violence.

“I have never seen, even in Mississippi and Alabama, mobs as hateful as I’ve seen here in Chicago,” King told reporters that day, stripping off his tie and vowing to continue demonstrating. “Yes, it’s definitely a closed society. We’re going to make it an open society.”

In the U.S. today, we celebrate a sanitized version of Martin Luther King, Jr., a version we can be comfortable with. We forget that had King been alive today, he would have stood alongside the protesters in Ferguson. We forget that King was not interested in making white people comfortable.

I told my daughter about her great-great-great grandparents because I wanted to push back against our willingness to see civil rights as something obvious, something that can almost be taken for granted. As white Americans, we need to see civil rights as something that will at times—and should—make us uncomfortable. With that in mind, we need to support civil rights when the movement is popular and when the going gets tough—and it will. That part of King’s legacy was likely under celebrated in Martin Luther King Jr. celebrations across white America yesterday.

But that wasn’t the end of my conversation with my daughter yesterday. I also told her that her great-great-great-great-great-great grandmother was a Quaker. I had to explain what that was too, of course, but once I did her eyes lit up. “Cool!” she said. We need to bring our children face to face with reality, but we also need to inspire them to be the ones willing to keep going when others stop. 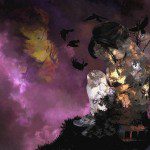 January 18, 2016
Mary Lambert and the Ups and Downs of Being a Survivor
Next Post