Mary Lambert and the Ups and Downs of Being a Survivor

In the time I’ve spent around survivor communities, one thing I’ve noticed is an alternating feeling of euphoria and despair. It is not uncommon for a person to feel they can take on the world one day and to feel like all they want to do is curl up and hide the next day. I’ve watched this happen in various online communities as someone freshly liberated from an abusive home environment will post one day about how incredibly happy she is, as though she is floating, and the next day she’ll post in tears, struggling with PTSD, fear, and self-doubt and asking if it ever gets better.

I’ve experienced this phenomenon myself.

Anyway, I’ve never seen this up and down illustrated so clearly as in two of the songs in Mary Lambert’s 2014 album, Heart on My Sleeve. These songs, Secrets and Ribcage, present the euphoria and devil-may-care attitude, on the one hand, and the desperate lows encountered as survivors of abuse or trauma on the other. Interestingly, they were intended that way.

First, Lambert’s music video for Secrets. You can read the lyrics here:

Here’s how Lambert explains the contrast between Secrets and Ribcage:

The genesis of “Ribcage” was an interview that followed 2014 Grammy Awards, where Lambert performed her part in Macklemore‘s “Same Love.” Soon after, she was blindsided on TV: “I was asked without relevance or warning about my childhood abuse, as well as being raped in an army barracks as a teenager,” the singer tells FADER in an email. “I tried to respond as best I could, knowing that it was live television, but everything afterward was a blur. As soon as the cameras were off, I went into a full-blown panic attack. I didn’t know it then, but this same situation would happen multiple times in the year.”

“I questioned so much after that interview,” Lambert continues. “Have I done this to myself? Is this what happens when you are vulnerable and open? How do I take back control of the telling of my own story?”

“I wrote ‘Ribcage’ because I was exhausted,” she adds. “I wrote it because my truth was hungover and needed a sarcastic joke. I wrote it because ‘Secrets’ was an optimistic version of vulnerability, and because self-empowerment doesn’t always come wrapped in a bow. I will continue to talk about my own sexual trauma when I feel safe enough to, and when I’m in control. I still believe in the power of vulnerability—that openness is the key to empathy, and that empathy is the key to human connection.”

You can read the lyrics for Ribcage here and watch the music video below:

I love this contrast because you almost can’t believe the same person wrote and performed both songs. The one is so upbeat, so happy, and so peppy while the other is so sad and so dark. I find that extremely validating. In fact, I may start sending this pairing of videos to survivors I see going through this up and down. It’s powerful. It’s real. It’s what vulnerability actually feels like for so many of us.

Since I’m writing about Lambert, it’s worth mentioning her background. In a 2012 blog post, Gay Christians Are Totally Okay, Dog, Lambert wrote the following:

I grew up in a strict Pentecostal home. My parents would speak in tongues and were devout in prayer and we were at church 3-4 times a week. The church was known for ostracizing folks who were said to “go against God”. After a traumatic upbringing, and having my family shunned from the church because of my parent’s divorce, I was decidedly agnostic for many of my grade-school years.

A friend brought me to an Evangelical church in high school, known as Mars Hill, where I fell in love with the music and the bands that played on Sunday evening. The pastor was funny, charismatic, and made the bible seem simple. I was sad that my gay friends were going to hell, but the pastor said that I could still be friends with them. “Love the sinner, hate the sin” was the accepted rhetoric. When I fell in love with my first girlfriend, I recognized my sin immediately. She was also Christian. When you’re 17, and you feel like a freak already, and you’re in love with a girl, and high school is a battlefield, you can’t stand to let another part of your life down. I remember making a conscious effort to accept my sin. My recognition allowed me to repent daily. I prayed often, apologizing to God, but accepting that this is who I had always been and always would be. I still went to Mars Hill. I was never hated on, never felt rudeness from the community, but the sermons were difficult to hear.

You can read the rest of Lambert’s post here, but it shouldn’t be at all surprising that I see Lambert as a kindred spirit. By now we’re hopefully all familiar with Mars Hill, discredited evangelical pastor Mark Driscoll’s former church. I look forward to seeing where Lambert goes from here and hope she has a long, fulfilling career. 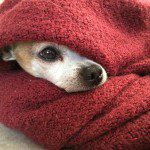 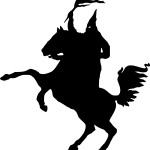 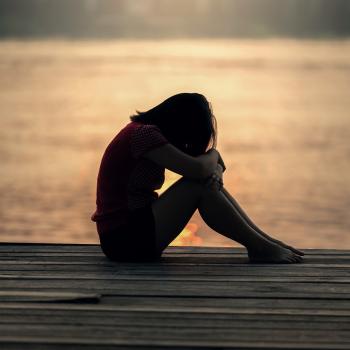 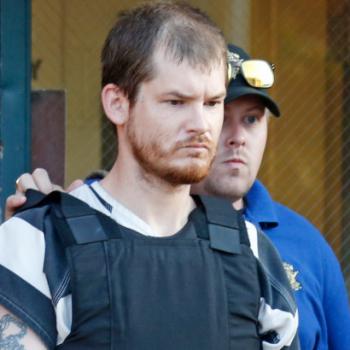 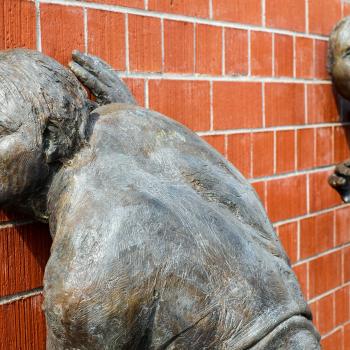 Nonreligious
Ed Stetzer Will Listen---Unless You Were Hurt by...
Love, Joy, Feminism 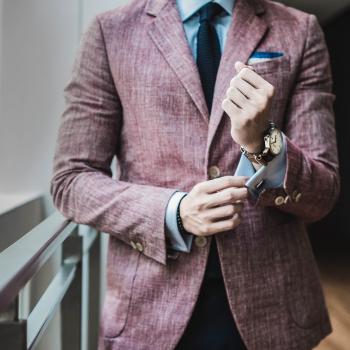