Ed Stetzer Will Listen—Unless You Were Hurt by the Church

Ed Stetzer Will Listen—Unless You Were Hurt by the Church December 17, 2018 Libby Anne

Last week, Ed Stetzer wrote an article in Christianity Today titled All Faith Groups, Evangelicals Included, Need to Reflect on #MeToo. Much of what Stetzer writes is excellent, but ultimately his treatment falls short of fully addressing the problem—far short.

Here’s a sample of the excellent in Stetzer’s piece:

Every account of sexual abuse inside and outside our churches must be addressed properly, and this begins with the critical element of belief. We believe those who are wounded and promise to care for them as Christ cares for his church.

Finally, we must properly address the muddied waters of power that have slowly seeped into our church structures. The saying “absolute power corrupts absolutely” is a truism that has found its place in too many of our churches.

Things like “the good ol’ boys club” among pastors, priests, leaders, elders and the like, must be broken down, in their place rising up a leadership that accepts accountability, lives with integrity, and walks humbly with God and others.

The problem happens when Stetzer writes this:

Some will say that evangelical beliefs are the problem, and we particuarly understand that may come from some who have been hurt by evangelical churches. But, like the Roman Catholic Church has seen, it is often Catholics who can help other Catholics to begin change in their community— and we are trying to help do the same in ours.

This is perhaps most maddening because Stetzer finishes with this:

There’s no greater agony than bearing an untold story. It’s time for the church to start listening. It’s time to say that this stops with us.

Where are we supposed to see the listening in the midst of Stetzer’s sound dismissing? I sure don’t see it. I see Stetzer listening only to those he wants to listen to. Many of those Stetzer dismisses for “having been hurt by evangelical churches” are exactly the people he should be listening to—the victims of the abuse Stetzer so insists that he wants to prevent.

But there’s another piece of this too. Stetzer wrote that these critics “say that evangelical beliefs are the problem.” That’s not quite right. The critics Stetzer references tend to argue that some aspects of current mainstream evangelical belief are a problem and need to be changed. They typically argue that there are better ways to conceptualize these beliefs—and there are many evangelical reformers among this number, working to reform evangelical theology.

Stetzer ignores all of this nuance, alleging simply that these critics “say that evangelical beliefs are the problem.” This only makes sense if Stetzer is stating with finality that the patriarchal family order is an incontrovertible evangelical belief. Or that the idea that when an abuser repents, his sin is washed away and can never be mentioned again. Or that only “he who is without sin” should “cast the first stone.” In rejecting wholesale the words of critics, Stetzer affirms the very beliefs they criticize—and proves his efforts hollow.

After all, Stetzer calls for believing “those who are wounded,” but proceeds to dismiss those who have been wounded. He calls for breaking down “the good old boys’ club” and notes that “absolute power corrupts absolutely,” but wholesale rejects the idea of questioning or rethinking the aspects of evangelical theology that support these structures.

Stetzer finishes by promoting Wheaton College’s “Reflections” summit, a one-day conference on abuse in the church that took place last Thursday. On the same day that the conference took place, Charlotte, a survivor of abuse in the evangelical church, wrote an article on Medium registering concerns bout Stetzer’s conference, bringing up his own words:

This conference is meant to give the illusion that they care about survivors and fixing the problem; in reality they only care about protecting themselves and their privilege. Just yesterday, Ed Stetzer wrote an article in Christianity Today where he said “Some will say that evangelical beliefs are the problem, and we particularly understand that may come from some who have been hurt by evangelical churches.” Portraying anyone who disagrees with evangelical theology as “hurt” or “bitter” is a common tactic meant to discredit our ideas and experiences.

It’s time to start listening, Stetzer writes. Except for those who were hurt by the church. Those Stetzer is not interested in listening to. Those he will dismiss. Only evangelicals can fix this problem, he says—and they can fix it on their own, thank you very much.

So much for listening. 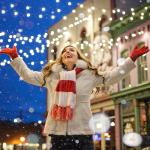 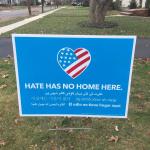 The Two Factions Forming in the...
Roll to Disbelieve
Related posts from Love, Joy, Feminism