Last Friday the Christian News Network published an article titled “Norway Officials Place Children Seized from Parents Over “Christian Indoctrination” Up for Adoption.” This article is yet one more case where evangelical Christians have shown more concern for maintaining their persecution complex than for the wellbeing of children. Buried in the middle of the article is this note:

[The children’s uncle] says that Norwegian officials claim that the children told them that they were abused, but the family rejects the notion.

Yes, that’s right, the key issue here appears to be not “Christian indoctrination” but rather child abuse. Child abuse reported by the children themselves, no less! According to the Romanian Journal:

The children, of which the smallest one has only a few months, were taken from their parents by the Department of Child Protection in Norway, Barnevernet in November, after the two girls, the eldest in the family, had said they get receive physical corrections from their parents. The parents are also suspected of religious indoctrination of children.

Spanking is banned in Norway, so it is possible that some of the alleged child abuse in question would not be considered abuse by evangelicals in the United States. The child abuse allegations go beyond spanking, however, and further, whether or not the alleged abuse took place is irrelevant to the larger point at hand—the it is grossly misleading to center accusations of “Christian indoctrination” as the key issue in this case when in fact the key issue is accusations of child abuse.

In fact, according to the children’s uncle, the formal accusations didn’t even mention religious indoctrination, focusing instead only on child abuse.

But what exactly was involved in the original allegations of religious indoctrination, you ask? It’s a bit tricky to say, given that Norway’s social services (Barnevernet) are bound by privacy requirements, and, too, given the fact that the case appears to currently hinge on child abuse rather than on claims of religious indoctrination. But according to the children’s uncle:

The process of confiscating the Bodnariu children started when the Vevring School principal, the middle school attended by Eliana and Naomi, called the Barnevernet and expressed her concerns regarding the girls’ religious upbringing, her understanding that the girls are being disciplined at home, and that she considers the parents and grandmother to be radical Christians; an overriding concern that the principal’s perception of the parents’ and grandmother’s religious beliefs inhibit and handicap the girls’ development.

Norway has a state church. The country’s constitution requires parents who are members of the state church to provide their children with a religious upbringing. Norway’s public schools include religious education. What is going on here, exactly? While it’s hard to find any information that does not come from the children’s uncle, the Bodnariu parents are Pentecostal and it appears that the principal was concerned that the children were being taught a debilitating and extreme fear of hell which she felt was stunting their development.

Whether or not we think the government should have the right to step in when a child’s religious upbringing is deemed detrimental to their wellbeing (think, too, of groups that practice child marriage, or of faith healing) does not change the fact that U.S. evangelicals are downplaying allegations of child abuse to focus almost solely on allegations of religious indoctrination. This is a problem. Also a problem is the fact that, regardless of the government’s right or lack thereof to step in, we should at least be willing to talk about the reality that certain types of or aspects of religious upbringings can be detrimental to children’s development. All of this is getting ignored by an evangelical media more interested in building a persecution complex than in protecting children’s wellbeing.

Interestingly, as the battle over the Bodnariu children is playing out across Europe, “pro-family” groups in the family’s native Romania have not shied away from addressing the child abuse issue. These organizations claim that parents have the right to use corporal punishment with their children, and that the Bodnariu parents should not have been punished for doing so. “We promote the right of biological parents to raise their biological children without state intervention. Once the state hijacks this relationship, the whole of society suffers and slides down a slippery slope,” wrote the president of Romania’s Alliance of Families, appearing to take a stand against the very existence of child abuse laws.

While the European Right is centering this issue on the parents’ right to use corporal punishment (considered child abuse in Romania), the American Right is centering on the religious indoctrination allegations in an apparent effort to add legitimacy to their persecution complex. There are literally dozens of articles about this situation on Christian websites and news sources in the U.S. (just try a quick google search), every one of them downplaying or ignoring the child abuse allegations making the story entirely about the allegations of “Christian indoctrination.” This lack of attention to children’s welfare is incredibly maddening.

If evangelical Christians want to be seen as a group that values and protects children—as they claim they are—they have got to stop doing this. Look, I understand the concern about the government dictating what you can and can’t teach your children about religion. Believe me, I do. But that concern does not justify downplaying or ignoring child abuse allegations. And you know what? This isn’t just about spanking. The children’s uncle has reported that the children told child welfare workers that their father shook their baby sibling like a rag doll. He writes that the children’s father (his brother) denies this, and U.S. evangelical Christian media sources have accepted that denial as fact.

Evangelical Christians today know way too little about the dynamics of abuse. For starters, abusive parents almost always deny that they are abusive. This should be obvious, but judging from the way the evangelical media covers child abuse, I’m starting to think it’s not. Because abusive parents will generally lie and deny that they are abusive, we have got to take a parent’s denial of abuse allegations with a large grain of salt and wait for the investigative process to sort out fact from fiction.

In addition, child welfare agencies are generally bound by privacy requirements, meaning that only the parent’s side of the story hits the media. Abusive parents take advantage of this to spin the story in their favor in an effort to win in the court of public opinion. Do innocent parents sometimes get caught up in the system? Sure. But that is why we have a system—to determine who is and who is not guilty. It is seriously problematic to decide that a parent accused of child abuse is innocent based on hearing only their side of the story rather than waiting for the investigation to play out. Is the system sometimes broken? Yes, but when it is there should be a call for fixing the system, not for bypassing it entirely.

Next, many evangelicals seem to assume that people who appear to be good evangelical Christians—saying the right things, showing up at church, following various rules—are automatically innocent in allegations of child abuse. This is false. Abusers are very good at putting on a specific image and completely deceiving even the most well-meaning people. They’re also very good at undermining the testimony of their victims and getting people on their side. In fact, this is how abusers generally operate. Evangelicals frequently use the term “wolf in sheep’s clothing” to discredit those who call for church reforms or point out abuses, but very rarely consider that the term in fact suggests that abusers will look like good upstanding Christians.

I’m tired—so tired—of seeing the evangelical media take evangelical parents accused of child abuse at their word when they say they’re innocent, ignoring or overlooking or failing to even ask about what their children have to say on the matter. In the gospels, Jesus said “let the little children come to me,” but many evangelicals today appear to take a “let the little children stay silent and out of sight” approach when one of their own is accused of child abuse. There is child abuse in the church—and a lot of it. It’s about time evangelicals stopped feeding their persecution complexes and started paying attention.

January 5, 2016
Why Public Speculation about the Duggar Children's Sexuality Should Be Off Limits
Next Post 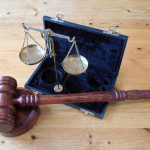