I have a lot of respect for Jen Gunter, an OB/GYN who runs a popular blog about childbirth, abortion, and reproductive health. But something she wrote in a recent post struck me as off, and I feel the need to address it.

Really, how little do you think of women to say such drivel?

“I’m 22 weeks but just can’t bear the burden of finding affordable child care so I’m going to have an abortion,” said no woman ever.

Some years ago a woman commented on this blog explaining that she had had an unexpected pregnancy while in graduate school, and that her pregnancy had coincided with her breakup, leaving her a prospective single parent. She said she’d initially assumed she would have to have an abortion, because she couldn’t afford to have a child on her own while in graduate school, but that she’d looked into what support she might get from the state just to evaluate all of her options. When she found out that the state would pay for both medical care and childcare, she decided to keep it.

So yes, in fact, affordable daycare can (and sometimes does) prevent abortions.

Wanting to better understand the context of her statement, I read the post Gunter linked to above. Much to my surprise, I found that Gunter appears to brush off the idea that women have abortions for financial reasons altogether.

To summarize, Gunter argues that the reason higher percentages of poor women have abortions is not that they can’t afford children but rather that poor women have higher numbers of unplanned pregnancies, and unplanned pregnancies are more likely to lead to abortions in any demographic. She further states that poor women are actually less likely to terminate an unintended pregnancy than other women, thus supporting her apparent contention that things like daycare costs don’t play a role in women’s decisions to abort.

If I am misreading Gunter, please let me know. I respect Gunter’s work a lot, and have truly appreciated much of her previous work on this topic (see this post on last summer’s Planned Parenthood videos and this post on Gosnell’s clinic of horrors and this post on some of the most recent anti-abortion legislation). However, I have looked through her blog archives on abortion and haven’t been able to find anything to suggest that I am misreading her here.

Gunter is wrong if she thinks financial issues don’t play a role in women’s decision to abort. They do. There are all sorts of reasons poor women might be less likely to abort unintended pregnancies than non-poor women—poor communities may be more culturally accepting of unintended pregnancies and unwed motherhood, for instance, while non-poor communities may emphasize family planning and stigmatize having children out of wedlock. Oh, and what about inequities in access? For a large number of reasons, poor women have more limited access to abortion than do non-poor women. The idea that poor women being less likely to abort unintended pregnancies than non-poor women means that financial considerations like childcare costs don’t play a very real role in many women’s decisions is steeped in privilege.

I found Gunter’s comments surprising, too, because they stand in marked contrast to my own personal experience on the issue. Several years ago, I spent some time doing volunteer counseling work with women having abortions. I spoke with dozens of women over the course of nearly a year, but what struck me most were the women who told me they didn’t want to have an abortion—women who cried and who spoke sadly of their “child” but who simply couldn’t see any way to make it work financially. We did what we could to provide these women with information about what services they might qualify for, but in many cases it wasn’t enough.

I will always remember these women, and their sorrow. This experience cemented for me the importance of a stronger social safety net and a wider framework of reproductive justice. The women I spoke with made a choice, yes, but for too many of them it was the only choice they felt they had. And before anyone suggests otherwise, denying these women abortions would not have made their lives better. These women needed more options, not fewer. Being denied abortions would have left them homeless, unable to keep their jobs, and/or vulnerable to exploitation by abusive partners. What these women needed was expanded access to subsidized daycare, higher-paying jobs, and better maternity policies.

Not every woman who has an abortion for financial reasons struggles with this decision. I saw women who were very matter-of-fact about their situations—they would like to have a child (or another child) someday, but they just couldn’t afford it right now. It was just how life was. And overall, most of the women I spoke with approached their decision with certainty and a sense of peace. I saw plenty of women have abortions without any qualm or question about their decision—but I also saw women who were utterly heartbroken over their decisions.

Can we (or should we) boil down all of women’s decisions surrounding abortion to financial considerations? Absolutely not! Providing paid maternity leave, state-funded daycare, and subsidies for child rearing would help ensure that every woman could afford to keep her pregnancy if she wanted to, but it wouldn’t eliminate the need for abortion. There are plenty of women who have abortions because they don’t want to parent (either at the time or ever) or because they are having problems in their relationship with their current partner and don’t want to bring a child into that. There are also women who abort for health-related reasons, or because of stigma surrounding unwed motherhood, and on and on. Women choose to abort for all sorts of reasons—including but not limited to financial reasons.

While I’m uncomfortable with Gunter’s dismissal of financial reasons for abortion, I am also not comfortable with Carson’s statement that the solution needs to be in the private sector—as though affordable childcare is something the private sector will fix (it won’t). Similarly, while I appreciate Carson’s emphasis on promoted education for poor women, Gunter’s point that Carson seems to assume that a large number of those who have abortions are under 18 (t’s actually 6.4%) is worth repeating. Still, in terms of understanding the reasons poor women have abortions, and the constraints they face, I actually came away feeling that Carson was more empathetic than Gunter.

I wonder if the problem is that some feminist have played up financial reasons for abortion to the extent that others have felt nervous, as though providing more funds for childcare, maternity leave, and other child-related expenses might be used to justify the curtailing of abortion rights. I understand this concern. However, this concern does not justify a dismissal of the role financial concerns do play in many women’s decisions regarding abortion. I wonder, too, if some are so concerned about countering the myth that all women are conflicted about their abortions that they overlook the reality that some women truly are conflicted. Denying these realities doesn’t help us in our efforts to promote access to abortion, and it certainly doesn’t help us in our promotion of choice.

There are many memories from the months I spent counseling that I will never forget. I came to have an appreciation of the huge variety of women’s experiences, but also an understanding of the many factors that can push women to have abortions whether or not they truly want them. I’ll never forget the woman who aborted a very wanted (though unplanned) pregnancy so that her ex’s lawyer couldn’t slut-shame her in custody proceedings over her small daughter. She told me she felt she had to choose between her two children, and that she had chosen the child she already knew. My heart broke for her, and for every other woman in her situation.

The Right would like to talk about women coerced into abortions by selfish, immature boyfriends. I never saw that, and it was something we were trained to look for. I did see women have abortions they would rather not have had because they didn’t have access to paid maternity leave, because they feared being fired when their employers learned they were pregnant, because they were already raising a sizable family on a minimum wage job, because their religious parents would kick them out of the house when they learned of their pregnancy, and because they were concerned slut shaming might cost them the custody of their child. Let the Right take note.

But let the Left take note, too. Being pro-choice has got to include improving women’s access to affordable childcare, paid maternity leave, and jobs that pay a living wage. We need to remember that the choice to abort is not the only choice women can lose—that they can also lose the choice not to abort. We need to pay attention to African American activists who are uncomfortable with white feminists’ laser-like focus on abortion access and prefer to speak of “reproductive justice” instead. We need to listen to abortion stories from women of all walks of life. Are we listening? 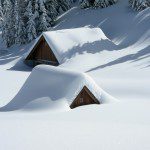 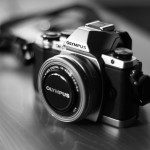 How about a separate U.S. legal system to...
Political mendacity is so toxic to modern democracy, it might be wise...
view all Nonreligious blogs
What Are Your Thoughts?leave a comment
Copyright 2008-2021, Patheos. All rights reserved.