How Answers in Genesis Shattered My Faith in Creationism

Earlier today, Answers in Genesis posted an article titled There Is Hope for Atheists! In this article, Ken Ham writes about witnessing to atheists. He explains that when he reads the “blasphemous and vitriolic” comments of atheists he understands that most of them have never heard sound apologetics arguments.

At Answers in Genesis, through our resources, conferences, and other outreaches, we do our best to defend the Christian faith using apologetics against the secular attacks of our day. But in doing so, we need to also point people to the truth of God’s Word and challenge them concerning the saving gospel. We use apologetics to answer questions and direct people to God’s Word and its message of salvation.

There’s no greater thrill in this ministry than to hear how God has used what has been taught by AiG to touch someone’s life—for eternity. Last week, I was introduced to one of our new volunteers, Donna, who is helping sew some of the costumes for the figures that will be placed inside our full-size Ark. She had responded to my Facebook post asking for seamstresses.

Donna begins her testimony as follows:

The Lord opened up this atheistic evolutionist’s eyes decades ago, through exposure to Ken’s ministry.

I was a die-hard evolutionist, completely convinced that the fossil finds in Olduvai Gorge supported the “evidence” that we evolved from less-complicated, early hominid creatures, like the so-called “Lucy”.

To keep a long story short: I attended a Creation Seminar at Cedarville College [now Cedarville University], sat in rapt attention as Ken Ham told me “the rest of the story,” and I realized that all of the fossil finds I believed supported evolution were, in all cases, misinterpreted. I was blown away! So, learning the truth about evolution preceded my realizing that God was real (after all!) and that the Bible was His Word. I became a creationist before I became a believer in Christ.

Ken Ham goes on to write that atheists are “walking dead people” and that he likes to remember, when witnessing to atheists, that Jesus raised Lazarus from the dead, and that even so God’s Word can convert atheists. He finishes with this:

If the Lord has used AiG, including our Creation Museum, in your life to bring you to salvation, would you please let me know? Thank you.

I was in college. It was there that I first truly came into contact with individuals who accepted evolution. The only time before this that I’d engaged a defender of evolution in debate was the time I was stuck in a car with my aunt for ten straight hours, and I’m pretty sure she was humoring me. I grew up in a large evangelical homeschool family. I read creationist literature from my church library starting when I was very young. I attended Answers in Genesis conferences as a teen and bought Answers in Genesis literature at homeschool conventions with my own money. I knew my stuff.

The problem was that when I was in college I came in contact with individuals who deconstructed my arguments without any trouble. It was uncanny. I returned time and again to my creationist literature—the Answers in Genesis website received a lot of traffic from me during those months—and came back with new arguments and information to throw at my opponents, only to have those arguments soundly deconstructed as well.

There was one young man in particular—Sean. I later married him, as my regular readers will know. Sean and I spent hours debating the fine points of creationism and evolution. Sean had been a creationist himself some years before, but high school—and arguing on the internet—had changed his mind. But even as he pointed out flaws in every argument I could come up with, I had hope. I had an incredible amount of respect for Ken Ham and Answers in Genesis, and I was sure that if I could just get Sean to an Answers in Genesis conference that would do the trick. You may imagine my excitement when I learned that an Answers in Genesis conference was coming to a church in our area! Sean agreed to come, and I was sure our arguments were coming to an end.

That conference was an utter failure for me on more fronts than I’d realized going in. For one thing, Sean was unconvinced—and it wasn’t because he wasn’t listening, he was. But the real problem was that I was unconvinced. I hadn’t realized that hours of listening to Sean deconstruct creationist arguments would change the way those same arguments sounded to me when I heard going forward, but it did. I sat there in that church sanctuary with an instant rebuttal springing to mind for each point the speaker made, and I knew some of what he said was simply factually false.

I spent some time perusing the creationist literature they had for sale at the conference and kept running into the same problem—I knew rebuttals to everything I saw printed there. I realized with growing horror that much of the material there was either flat-out lying or skillfully misleading people. As we drove away from the church, I was quiet—shaken. I had seen this conference as a way of finally convincing Sean that I’d been right while at the same time reinvigorating my own beliefs, and it had failed on both accounts. Not only did this conference not give me new arguments and rebuttals, it shattered my trust in Answers in Genesis in particular and creationist literature more widely.

I spent a few weeks reading and researching, looking beyond Answers in Genesis’ materials to wider scientific resources. Answers in Genesis may have shattered my faith in creationism, but I still had a few questions about evolution that needed answering. After several weeks of study, I was satisfied. I left aside young earth creationism for good and became a theistic evolutionist. It was difficult, at first, because I was afraid my entire faith would fall apart after accepting evolution. After all, I’d heard Ken Ham repeat time and again that Genesis was the foundation of the Bible, and that without Genesis, the gospel story would collapse.

I’m no longer a Christian today, but evolution isn’t to blame there, strictly speaking. I spent some years as a progressive Christian, and even converted to Catholicism. I loved Catholicism’s embrace of the natural world and science, and its willingness to accept historical scholarship on the Bible. It was ultimately the fallout from a near-cult experience that led my faith to collapse. but in a sense, it was the collapse of my faith in young earth creationism that made me willing to see the beliefs I’d been taught as fallible, and open to asking questions.

I can’t speak for Donna, whose testimony is quite above—her journey is her own. Still, I find Ken Ham’s request to hear from his readers about the way “the Lord has used AiG . . . in your life to bring you salvation” highly ironic given my own experience. 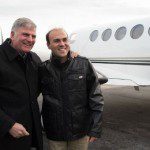 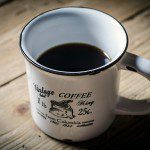