Hey guys! I’ve known Dan Fincke of Camels with Hammers almost since I first started blogging. In fact, way back when, he and I drafted a post comparing our experiences growing up in very different yet in some ways similar evangelical homes that I don’t think we ever ended up posting! Oops! Anyway, I wanted to take a moment to make sure my readers know about Dan’s online philosophy classes.

Dan was an adjunct college instructor for a number of years before deciding to go into business for himself teaching online philosophy classes. These classes involve a two-hour weekly interactive session with Dan and the other students in the class, held via google hangouts. The class sizes are small, and students pay $40 for each weekly session and are not billed for sessions they miss. Dan is extremely knowledgeable in his subject area and very passionate about teaching. It shouldn’t be surprising, then, that I’ve heard a lot of really good things about his classes!

Anyway, Dan is starting two classes in March and has asked if I would share these classes with my readership. In fact, he tells me that he has met several of his students—and his fiancee—through my blog! Next month Dan is starting a revamped version of one of his classic classes, Philosophy for Atheists, and a new class, Virtue, Values, and Meaning of Life. Dan also starts new sections of his Philosophy of Love, Sex, and Gender class when students write to request it and is in the process of putting together a Philosophy of Religion designed to make religious students feel as comfortable as atheist students. Dan’s Virtue, Values, and Meaning of Life and Philosophy of Love, Sex, and Gender classes are both religiously neutral.

I’ll include Dan’s course summaries for these four classes below, and you can also learn more about his classes through his Philosophy Class Welcome Page. If you’re interested in taking a class with Dan, or even just want more information, you can contact him at camelswithhammers@gmail.com.

Make sure to take a look at the course descriptions!

Virtue, Values, and Meaning of Life

In this course we will deal with philosophers’ writings that rigorously and edifyingly deal with the perennial practical questions of how to live a good life, how to cope with adversity, how to live a meaningful life, and how to be a good person. We will engage with the wisdom of philosophers and philosophical writers from antiquity up through our own era. In addition to the inexhaustible and justly famous classics like the works of Plato, the Stoics, Nietzsche, and the Existentialists, there are a number of cutting edge contemporary philosophers who still engage vigorously with the classic philosophical questions of how to live and die well. The course will mostly be concerned with topics like love, friendship, pleasure, pain, purpose, priorities, self-understanding, self-fulfillment, self-overcoming, self-creation, altruism, emotions, adversity, meaning, purpose, value, charity, ethics, virtue, happiness, family, justice, death, suicide, spirituality, moral particularism, humanism, freedom, choice, moral psychology, the ethics of care, and fate. Sometimes we will analyze particular virtues and vices in depth. We will put special emphasis on exploring the vibrant subfield of ethics known as “virtue ethics” which has undergone a contemporary renaissance over the last 35 years in particular. But we will not limit ourselves to the insights of virtue ethicists as philosophers from other ethical schools of thought also have insights into these topics.

Philosophy of Love, Sex, and Gender

Philosophy of Love, Sex, and Gender: In this course we will look at historical and contemporary philosophers’ writings on love and friendship. We will look critically at historical philosophy’s treatment of women, read seminal and contemporary feminist philosophy, and explore the relevance of feminist ideas for areas of philosophy beyond just women’s equality. We will look more broadly at some of the philosophical schools that influenced the development of contemporary popular feminism and explore what resources still remain untapped. We will occasionally address issues in feminism as they are brought up by controversies erupting in the news and social media. We will also explore philosophical questions specifically relevant to gay, lesbian, bisexual, pansexual, asexual, transexual, transgender, and genderqueer people. This will include questions related to the meaning of concepts like gender, sexuality, and identity, and practical questions about how social institutions might be evolved to better accommodate them. We will critically examine the most historically influential philosophical arguments against the moral legitimacy of LGBT sex, identities, and relationships and constructively develop the possibilities for holistic defenses of the moral value of LGBT sex, identifies, and relationships. We will discuss the nature, ethics, uses, aesthetics, and “spirituality” of sex from philosophical points of view, and spend time on ethical controversies related to pornography, sexual objectification, S&M, consent, sex among colleagues, college sex, sexual harassment, sex education, sexual representation in media, prostitution, rape definitions, statutory rape, invalid consent, date rape, rape and alcohol, sexual abuse of children, pedophilia, monogamy, promiscuity, marriage, sexually transmitted infections, purity culture, abstinence, celibacy, bestiality, necrophilia, dating, adultery, plural marriage, polyamory, abortion, surrogacy, adoption, sex and racism, sex and sexism,and immoral sexual fantasies.

People leaving religion and coming to study philosophy with me often have a mixture of needs and interests. They both want to think through their positive post-religious philosophical answers to the Big Questions and to spend some time processing their new thoughts about religion now that they are on the other side of it. This is an extremely valuable and yet difficult process of “debriefing” their religious experience, “detoxing” from the negative aspects, and cohering their philosophical arguments against their former faith now that these are no longer their “doubts” but their positive positions that they find themselves having to explain to the religious people in their lives who want explanations of why they no longer believe. I specialize in helping people work through all these issues. Such students typically want to comb back over the philosophical arguments related to religious belief and to think about religion from historical, psychological, sociological, ethical, and epistemological viewpoints. If this description fits you, then my Philosophy for Atheists class to provide this for you.

My Philosophy of Religion class addresses the philosophical issues that religions raise. This course is designed to give both believers and non-believers a detailed and nuanced understanding of the best and most current arguments for and against the existence of God. This involves exploring a range of traditional and cutting edge cosmological, teleological, ontological, epistemological, and moral arguments for and against the existence of God. We also explicate and assess a wide range of competing conceptualizations of what God is or would be. We examine the relationship between faith and reason and the relative epistemic warrant of believing things by faith. We analyze various strategies for reconciling faith and science, and for modernizing religions generally. We investigate the ideal relationship between church and state. We apply philosophical tools to religious claims to see how they might be most coherently and plausibly conceived, and how they might be judged to be true or false. We weigh skeptical arguments from the Problem of Evil, look into what alternative approaches to metaphysics and ethics that non-theists give, and consider whether it is possible to have non-theistic religions. 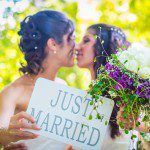 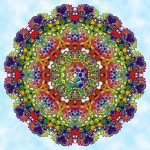 February 25, 2016 The Demonic Power of Symbols: Christian Blogger Warns of the Dangers of Mandala Coloring Books
Recent Comments
0 | Leave a Comment
"Even though in Supes' mind in a lot of comics, that "wimpy modest covering" IS ..."
Melissia Do Face Masks Violate Evangelical Anti-Modesty ..."
"Maybe "Me-Bwah" is a corruption of "My brother"...? It's all I can come up with ..."
Silverwynde Island of Aquarius: Dr. Cooper’s Very ..."
"Even if it were - which, like you, I don't believe - kids deserve better ..."
Conuly The Scandal of Pastor John Ortberg ..."
""Hello. My name is Dr Jacob Cooper. You killed my daughter. Prepare to ... uh, ..."
Taneli Huuskonen Island of Aquarius: Dr. Cooper’s Very ..."
Browse Our Archives
Follow Us!