It occurs to me that the Christian idea of hell is tied up in ideas about parenting and punishment that are becoming less widespread. I recently told a relative that I don’t believe hell exists and was met with complete consternation. But the reality is that I simply cannot make the very concept of hell make sense, even if I try. I mean don’t get me wrong, I remember what I used to believe as an evangelical and why. But today, my approach to parenting makes hell—and the evangelical perception of God as father—fall apart for me.

Growing up in an evangelical home, I was taught that every person who does not profess belief in Jesus as their personal savior will go to hell after their death. While I originally accepted this, there came a time when I couldn’t wrap my head around the idea that people who had been born in the wrong place or wrong part of the planet would go to hell without ever even having a chance to hear the gospel. I whittled away at the idea of hell little by little, first concluding that only those who consciously rejected Jesus after hearing the gospel would go to hell and then concluding that only those who rejected good in their hearts and actively sought to do bad would go to hell, but ultimately I could not sustain the idea at all.

A lot of justifications of hell revolve around seeing God as a parent who must punish his wayward children. But here’s the thing—I don’t punish my children. I never set out to give up punishment, it just happened. Initially, I gave up corporal punishment as cruel to children but assumed I would have to punish my children in other ways, through time-outs or by taking away privileges. Still, I sought to make punishment the last resort, focusing instead on communicating with my children and teaching them, both through example and in specific situations. And then, one day, I realized that I hadn’t punished my children in years. Years. And my oldest, Sally, is only in first grade. The closest thing to punishment I do is a “time in,” and even that is a rarity only needed for my younger child at this point, and not designed as punishment.

There’s also the respect issue. I was taught, growing up, that God deserved our obedience, worship, and respect, because he was God. I saw these same ideas copied onto parenting—children should obey their parents and behave respectfully toward them because obedience and respect were due to the very office of parenthood. I don’t require either. I see myself as my children’s guide and protector, but I don’t believe I deserve any more respect than any other individual, and I would rather my children ask questions than that they obey. I place a huge emphasis on listening to my children (just as I teach them to listen to me in turn), and I seek to treat them as equal people who equally matter.

I realize that society looks at parents and children as standing on an uneven playing field, with parents in charge and children following, and there is some truth to this assessment. Parents have more knowledge and more experience than children, and a greater ability to navigate this world. But other than this, what is a family but a collection of individual and equally valuable people thrust together, going through life hand in hand? I teach my children that every person inherently deserves respect, including themselves. I want them to learn to stand up for themselves, and for others, in the face of injustice. Sally is not afraid of pushing back when she feels something I am doing is unjust, and I love that she feels comfortable doing that.

Some will read the above paragraphs and conclude that I am raising my children without boundaries and that I am in for a world of trouble when they’re older. To that I would say, first, that I am giving my children boundaries—I teach them that all people are worthy of respect, and that they should treat others with kindness, and as they would want to be treated—it’s just that my boundaries are different from those of other parents. And second? I have people complement me on my children’s behavior all the time. It turns out that children who know they are listened to can be surprisingly well behaved even by society’s standards.

And you know what? I am not at all worried about being “in for a world of trouble” when they’re older, because I am giving them a firm foundation where they know that they are listened to and valued and that their needs matter to me (just as they’ve come naturally to listen to my needs in turn, as I listen to theirs). We have a foundation of communication and trust. They know that they can come to me, and that I will listen and take their concerns seriously, and not belittle them or reject what they’re saying out of hand. I may not know what my children will be like in ten years, but I’m not worried in the least.

There’s something else, too. I’m teaching my children core values in a way that allows them to internalize them—I’m not simply saying “X is wrong, don’t do it,” I’m explaining why X is wrong, letting them think about it and come back with questions, answering the questions and asking questions in turn—this, and not with orders and punishment, is how you teach children values. As a college instructor, I know that students often learn far more during discussion than they do during lecture. They need to do more than hear facts, they have to work with them, to turn them about, to ask questions think them through themselves. To be perfectly honest, I would be much more worried about how a child who is simply lectured at will turn out than I am about how my children will turn out.

And so now, every time someone attempts to defend hell to me by telling me that God is our father, and that as our children he sometimes needs to punish us, it makes no sense at all. Actually, more than that, the argument itself tends in the opposite direction of what is intended—I can’t help but come to the conclusion that God the Father as described by these defenders of hell is a terrible father. The described style of parenting—with its focus on obedience and punishment—could not be more distant from my own style of parenting.

While I know his defenders also say he loves his children, and would probably say he listens to them through prayer, I can’t get past their continued defense of God’s inherent need to be worshipped and his demand to be obeyed.

Depictions of God the Father have changed over time, and even today the God the Father evangelicals describe is not the same one described in fear and trembling in the 1700s (think “Sinners in the Hands of an Angry God“). There’s a greater focus on love than there was in the past, and a decreased focus on anger. But evangelicals are going to need to do more updating to get their understanding of God the Father in line with the direction parenting is going in the twenty-first century (I am not alone in my approach, and this appears to be the direction parenting is going, albeit slowly). Perhaps, in some backwards way, this helps explain evangelicals’ defense of punitive parenting styles. Perhaps they are somehow aware that if parenting changes, people will have a harder time coming to terms with their depiction of God.

One final thing. If a parent today attempted a punishment anywhere near the eternal, conscious torment of hell presented by evangelicals, they would be convicted of child abuse. The issue isn’t simply one of punishment, it’s also one of degree—and one of length. Hell doesn’t offer any second chance, ever, just unending, eternal punishment. When I first questioned the concept of hell, I could see this. But the further I got in parenting the more the very idea of punishment, or of demanding obedience or respect, ceased to make sense, and that is what I’m trying to get at in this post.

I also know that the father/child analogy only goes so far when applied to God, but I’ve focused on it here because it’s extremely pervasive in evangelicalism today. And given my experience with parenting, the analogy simply does not work. You’re telling me God is my father? Awesome! That means he doesn’t have a problem with me pushing back, asking questions, and forming my own opinions, right? Wrong. And that is why the analogy fails so badly for me. 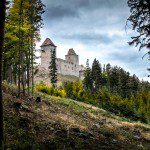 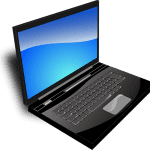