How I Came to Identify with Hillary Clinton

Ten years ago, as a teenager fresh out of a conservative evangelical home, I would have told you that Hillary Clinton was evil incarnate. In fact I did tell people that. In all of American politics, there was no one I detested more than Hillary Clinton. It was the conservative thing to do. My very first political action was to campaign against “HillaryCare” in the early 1990s. I would have been around six. I was on the front page of the newspaper, squarely in the middle of a crowd of protesters.

I started working the polls on election day in 1994, when I was seven. I lost track of how many conservative candidates I campaigned for over the years. As a teenager, I helped get George W. Bush elected—twice. I attended my state’s Republican convention as a delegate while still a in high school. If politics was happening, I was there—always—ready to put up yard signs and knock on doors and walk in parades. I spoke to reporters, repeating conservative talking points with intense passion—I believed in my cause, and strongly.

In college, things changed. I was exposed to new people and ideas and my beliefs underwent a profound (and often painful) evolution. What I didn’t realize until recently is that Hillary Clinton underwent a similar evolution. Like me, she grew up in a politically conservative home and became involved in politics at a young age. She canvased for Richard Nixon in 1960, and went all in for Barry Goldwater in 1964, when she was only 16. But when she left home for Wellesley College the following year, her world changed. According to the New York Times:

She came to Wellesley as an 18-year-old Republican, a copy of Barry Goldwater’s right-wing treatise, “The Conscience of a Conservative,” on the shelf of her freshman dorm room. She would leave as an antiwar Democrat whose public rebuke of a Republican senator in a graduation speech won her notice in Life magazine as a voice for her generation.

Wow. I identify strongly with this transformation. Hillary was president of her college’s Young Republicans chapter, campaigning for Republican candidates and attending the Republican National Convention; I was president of my college’s Students for Life chapter, organizing anti-abortion fundraisers and rubbing shoulders with regional pro-life leaders. And yet, by the end of our college years, we had both left the Republican Party of our childhood and adolescence.

Rattled by the death of Martin Luther King Jr. in 1968, Hillary organized a two-day student strike. That summer, between her junior and senior year, Hillary attended the 1968 Republican National Convention in Miami, campaigning for the moderate Nelson Rockefeller. Horrified by the racist messaging she encountered at the Convention, Hillary left the Republican Party. As president of her college’s student government association during her senior year, she worked to increase the number of African American students and faculty.

Hillary’s transition was not spur of the moment or something she took lightly. At one point she described herself as “a mind conservative and a heart liberal”—and it was ultimately her heart that won. I remember this feeling as well. I remember feeling like I was being pulled in two. It’s not easy to leave what you’ve known your whole life. It’s not easy to start over and reformulate your beliefs, risking your parents’ and community’s displeasure.

In 1992 Hillary visited the high school she had attended in suburban Park Ridge, Illinois. While there, she poked fun at her political evolution. “I know I should answer the question that is on very many of your minds and that is: How did a nice Republican girl from Park Ridge go wrong?” Have I mentioned how much I identify with that? I, too, am a nice Republican girl gone wrong.

There’s something else that makes me identify with Hillary, too. I have both personal and professional interests in promoting children’s rights, and you know what? After she graduated from Wellesley and then Yale Law School, Hillary became active in the field of—you guessed it—children’s rights. She could have gotten a job at a lawyer in a major firm, but instead she chose to go to work for the Children’s Defense Fund, where she began her career by canvasing local neighborhoods in Massachusetts for personal stories on the public schools’ failure to adequately provide education for disabled children—information that proved central to passing legislation requiring the state to provide quality education for these children.

After relocated to Arkansas, Hillary founded Arkansas Advocates for Children and Families, the first child advocacy group in the state. Her article, Children under the Law, was published in the Harvard Education Review in 1973, and other works soon followed. Hillary’s writings on children’s rights were radical enough to become a problem for her husband’s presidential campaign in 1992. During these same years Hillary became involved in efforts to improve legal services for the poor and disadvantaged, and helped create the first rape crisis hotline in the state.

This wasn’t the end of Hillary’s activism on behalf of women and children. In the early 1990s, she pioneered the creation of the state-run Child Health Insurance Program, or CHIP, a medicaid for low-income children program that my own children personally benefited from several years back. In 1996 Hillary gave a speech before the United Nations Fourth World Conference on Women in Beijing, at which she declared that “human rights are women’s rights and women’s rights are human rights.” Hillary was pressured to tone down this speech so as not to offend the Chinese with criticism of female infanticide and the nation’s one-child policy, but she refused to take these elements out of her speech. And during her years as secretary of state and in the years since, Hillary has worked tirelessly to promote education for girls around the world.

I don’t agree with every position Hillary has ever taken—her vote in favor of going to war in Iraq comes to mind—but I do identify very strongly with her passion for women and children and her personal political evolution. Did you know that Hillary initially wanted to keep her last name, and only changed it to Clinton when it was manifestly clear that not doing so was hurting her husband’s career? I didn’t until recently. And so, in the end, while I once detested Hillary I have today come to admire her in many ways—and to identify strongly with her journey. 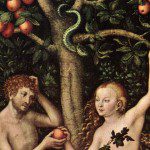 February 29, 2016
Why Answers in Genesis Doesn't Get Genre
Next Post 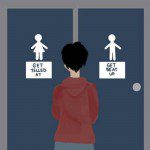