What Makes Someone a Feminist?

The Odyssey Online recently posted an article titled I Am Not A Feminist, and That’s Okay. The article, written by college student Amanda Jayne Sankey, offers a moment to stop and ask what makes someone a feminist—or not a feminist.

Don’t get me wrong; I’m all for equal pay. I think if a woman is doing the same job as a man (and just as good of a job), she should be paid the same. And if this were the early to mid-twentieth century, I would be a feminist. But this is no longer the first wave feminism. We are currently in what is called the fourth wave of feminism.

I don’t want the things that these feminists are fighting for. And further explaining it won’t change my mind.

I usually think of this as the third wave, but some googling suggests that some see the move toward intersectional as a fourth wave, so we’ll leave that be. The juxtaposition between early and mid-twentieth century feminism and feminism today is interesting. What are the things Sankey says current feminists are fighting for that she doesn’t want? We’ll see in a minute.

Sankey goes on as follows:

“Why are women considered the more domestic and nurturing ones?”

Why do you think women give birth? How could you not be nurturing after carrying a child inside of you for nine months? And it is completely okay to choose to stay home and be a mother because that is the hardest job in the world. It is okay to like cooking. It is okay to take care of your husband and children. It is okay to want your boyfriend to ask for your father’s blessing before proposing to you. It is okay to take his last name. Feminists wouldn’t have you believe these things.

You aren’t losing your identity through doing these things. You are showing what (or who) you value.

Actually, being pregnant doesn’t make a woman nurturing. It really doesn’t. And unlike Sankey, that’s not actually what most of those who promote the women-as-nurturers trope argue. Instead, they see all women as de facto nurturing, whether they have children or not.

Sankey begins her essay by explaining that people think she doesn’t know what feminism actually is when she says she’s not a feminist, but that she really does know what she’s talking about. I’m having trouble taking her seriously, though, because now she states feminists are against women chosen got stay at home with their children. This isn’t true. Third wave feminism is sometimes called “choice” feminism for exactly this reason. Third wave feminists believe women should have options—that they should be allowed to choose whether to work or whether to stay home, and so on. Indeed, there are plenty of vocal third wave feminists who stay home with their children.

As for the rest, well, let’s just say that I’ve never met a feminist who is against liking to cook. I have instead met plenty of feminists who are against people assuming that all women like to cook. There are also plenty of feminists who are okay with women changing their names when they marry if they want to do so—there’s that whole choice thing. The only one on that list that most feminists would take issue with is a man asking for a woman’s father’s blessing before proposing to her, but even that is at least blessing rather than permission, and plenty of couples—feminist or not—prefer to have their family involved and supportive.

But next Sankey heads in another direction entirely:

And women are not lower than men. I will agree with feminists on that. I believe that God loves me equally to how he loves the man that I will marry. But I do believe that the man is the head of the household.

Up to this point I thought perhaps Sankey believed she wasn’t a feminist because she didn’t understand feminism—in other words, I thought the problem was that she incorrectly thought her desire to stay at home with her children, and (presumedly) her love for cooking, barred her from being a feminist. But at this point it becomes crystal clear that there’s more going on here than that.

Sankey is doing just what many evangelicals do today to argue that their teachings are not actually anti-woman. She says women only need to submit to their husbands and not to other men, as though that’s a concession—it’s not—and that God loves women just as much as men, so they’re actually equals in spite of that whole submit thing. It doesn’t work that way. A relationship in which one partner is automatically expected to obey the other partner, period, is a relationship ripe for abuse. And when one partner is required to obey another partner the two are not in any sense equal in terms of power or authority, regardless of whether they are equal in value.

Here’s how Sankey justifies this relationship:

The man is to be the provider, protector, and leader of his family.

That is a lot of pressure. And I don’t understand why feminists want to take it on. Why would you want that? God did make women as fragile beings. But He also made us as strong beings. As capable beings. And while you are in your period of singleness, it is okay to be independent. But when you get married, you don’t have to be. And that is thought of as a bad thing, when really, it is a gift. It is a weight lifted to have a husband you can lean on.

That is a lot of pressure, and that is exactly why it makes sense for a couple to share that pressure. My father struggled with depression for years, and I watched how he responded when each of my siblings was born. Yes, he rejoiced in each new child, but there was also an added weight that descended on him each time. I watched as the burden and pressure of having to provide for and protect his family settled firmly on his shoulders weighed him down and changed him over time. I absolutely refuse to watch that happen to my husband.

Yes, being an adult is hard, and you know what? It’s not fair to put all of that pressure on one person, to exempt yourself and make someone else do it all. Sankey says that it’s “a weight lifted to have a husband you can lean on,” and she’s right! But what about the husband? Doesn’t he, too, need a wife to lean on? Shouldn’t couples lean on and support each other? Look, I thought the way Sankey did when I was in college. I remember that well. But over the decade since then, it has become completely obvious to me that it’s not fair for one partner to put that amount of responsibility and pressure on another partner.

One final bit from Sankey:

And again I say that Sankey doesn’t understand feminism. You can choose to stay at home with your children and be a feminist. Really. I have lots of friends who do it. I promise.

But now let’s turn to the question I started with. What makes a person a feminist? After reading Sankey’s essay, it’s clear that she’s correct in declaring herself not a feminist. It’s not her desire to stay home with her children that’s an issue for me, though—it’s her belief that she’s required to submit to her husband and bequeath all the responsibility and decision-making authority on him. Perhaps, in a way, the best way to tell whether someone is a feminist is to look at how they view relationships—do they approach their partner as an equal, participate actively in the decision-making, and share the collective responsibility?

By its simplest definition, feminism is a movement to achieve equal political, economic, personal, and social rights for women. What this means is perhaps less simple. Sankey says she supports equal pay, and that she agrees with the overarching goals of first and second wave feminists, and yet she believes she will be bound to obey her future husband, and that she should cede collective responsibility and decision-making authority to him. While I appreciate her support for equal pay, her embrace of unequal gendered personal relationships would seem to disqualify her from identifying as a feminist—of course, it would have barred her from admission to second wave feminism (and likely first wave feminism) as well.

I’m not suggesting we need some sort of dogmatic “feminist test” serving as a gatekeeper to our movement, or that we should tell other people how they should or should not identify. Still, any movement has to have at least some general shared beliefs or group boundaries. Those who discuss what feminism is—or is not—often focus on larger structural issues—equal pay, reproductive justice, affordable childcare—to the exclusion of smaller, more personal issues or patterns. What does it mean to be a feminist in day to day life, or when married to a man? We know that feminists make a variety of different decisions vis a vis children—whether or not to have them, whether or not to stay home while they are small. What about the decisions they make vis a vis male partners?

Even here we can’t draw lines. There must be many women who believe in greater equality but exist daily in unequal personal relationships through no choice of their own, both in the U.S. and elsewhere. Still, there is a difference between being stuck in a situation—or a culture—one can’t always just leave, on the one hand, and embracing inequality in personal relationships on the other.

What say you? What makes someone a feminist? 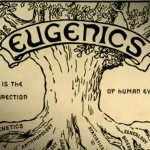 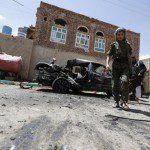