What Everyone Is Missing about the Indiana Abortion Law

Several weeks ago the Indiana legislature passed HB 1337, a law requiring abortion clinics to ensure that miscarried or aborted fetuses be cremated or buried. Here’s a summary from Vox:

1) It makes an unprecedented requirement to bury or cremate all fetal remains, even from an early miscarriage

It’s hard to predict the precise effect this provision will have, but it could be really bad for abortion providers and women who have abortions or miscarriages.

It doesn’t matter how far along the pregnancy is. Normally when a pregnancy ends earlier than 20 weeks, the “products of conception” (fetal tissue and the placenta) are treated like any other medical waste. After 20 weeks, the fetus is considered a “stillbirth” and the parents typically have the option to cremate or bury it if they choose.

So even if a woman has a miscarriage at eight weeks of pregnancy at home, under this law she could be required to keep the blood and tissue, take it to a hospital, and have it buried or cremated by a funeral home.

Sometimes news reports get bills’ specific content incorrect, and I actually assumed this was happening here when I first read about this Vox article. Surely, I thought, surely it just applies to medical facilities in possession of a fetus, and not miscarriages or medical abortions that occur at home—and that appears to be what most other news outlets are assuming too. Don’t get me wrong, this more limited application wouldn’t make the bill suddenly make sense, but I seriously didn’t think—oh wait, look here, it looks like I was wrong and Vox was right.

Let me pause to note that Indiana already had a law requiring women to be given the option of burying or cremating a miscarried or aborted fetus if they so chose, and a law requiring health care facilities to bury or cremate miscarried or aborted fetuses of at least 20 weeks gestation. What’s different about this law is that it extends it before 20 weeks and applies to individuals as well as health care facilities.

(a) This section applies to a person or facility possessing either an aborted fetus or a miscarried fetus.

(b) Within ten (10) business days after a miscarriage occurs or an abortion is performed, a person or facility described in subsection (a) shall:

At this point you may be wondering what the two referenced sections say. Here they are, below. Both are existing statutes that regulated only what was to be done with fetuses of at least 20 weeks gestational age, and both were significant amended by HB 1337 to apply to every gestational age.

(1) a person is not required to designate a name for the miscarried fetus on the burial transit permit and the space for a name may remain blank; and

(2) any information submitted under this section that may be used to identify the parent or parents is confidential and must be redacted from any public records maintained under IC 16-37-3.

Miscarried fetuses may be cremated by simultaneous cremation.

(c) The local health officer shall provide the person in charge of interment with a permit for the disposition of the body. A certificate of stillbirth is not required to be issued for a final disposition of a miscarried fetus having a gestational age of less than twenty (20) weeks.

And here’s the second referenced statute:

(1) a person is not required to designate a name for the aborted fetus on the burial transit permit and the space for a name may remain blank; and

(2) any information submitted under this section that may be used to identify the pregnant woman is confidential and must be redacted from any public records maintained under IC 16-37-3.

Aborted fetuses may be cremated by simultaneous cremation.

Clearly, there’s a lot here to make things more difficult for abortion clinics to operate, and both sections appear to be geared at regulating how health care clinics dispose of miscarried or aborted fetuses. This bit appears to be most relevant to an at-home miscarriage or a medical abortion (though it still seems to assume that there is a health care facility automatically involved):

A lot rides on how “final disposition” is defined in Indiana law. I did find a legal site stating that: “By law, a licensed funeral director must oversee the final disposition of a body in Indiana.” If this is correct, under HB 1337 a woman in Indiana must either contract with a funeral home for fetal remains after a miscarriage or medical abortion, or surrender the remains to a health care facility, but would not legally be able to dispose of them herself. However, I am not a lawyer, and would be interested in hearing if anyone else is able to determine more specifically how Indiana law defines and regulates “final disposition.”

You may be wondering if the term “fetus” gives an out to those who miscarry before the term applies. After all, the term “fetus” is not used until two months after conception, or roughly the 10th week of pregnancy as it is generally counted. This would suggest that miscarriages or medical abortions before this point would be exempt from this law—oh wait, they though of that.

Yes, really. I have about had it up to here with the legislature arbitrarily changing the meaning of a medical term, and this isn’t the first time by a long shot—the Florida legislature recently changed the medical definition of the first trimester.

This bill does indeed apply to every miscarriage and medical abortion, and not just those that involve a medically defined fetus. This does lead to a question—how is one to identify the fetus in an early first trimester miscarriage? That’s asking the impossible. Is the woman to preserve all of her lost blood (which presumably means miscarrying over a bucket rather than the toilet) and then take that to a funeral home or health care facility? In fact, many women miscarry so early that they’re not aware that they’re miscarrying. Should we start collecting and preserving each period to ensure that we aren’t accidentally breaking the law?

I would really like to see an actual legal scholar tackle the implications of this. So far almost everything I’ve seen written on HB 1337 focuses on its ban on abortions for fetal abnormality and its requirement that abortion clinics must cremate or bury fetal remains. It is possible that legal scholars will find a way to argue that the law applies only to health care clinics, and not to miscarriages or medical abortions that take place in the home. I’m not a legal scholar myself; all I have is the bill text and the ability to use google. I’ve looked and have not found any legal analysis of this specific aspect of the provision. At the very least, the implications seem to be ambiguous.

The group Periods for Pence appears to be aware of the bill’s potential implications:

“Fertilized eggs can be expelled during a woman’s period without a woman even knowing that she might have had the potential blastocyst in her. Therefore, any period could potentially be a miscarriage without knowledge. I would certainly hate for any of my fellow Hoosier women to be at risk of penalty if they do not ‘properly dispose’ of this or report it. Just to cover our bases, perhaps we should make sure to contact Governor Pence’s office to report our periods. We wouldn’t want him thinking that THOUSANDS OF HOOSIER WOMEN A DAY are trying to hide anything, would we?”

Unfortunately, much news coverage of Periods for Pence is missing the seriousness of what is at stake here, or why what these women are doing is so apropos.

Women who can’t even with Indiana’s new anti-abortion law are protesting it in a hilarious way — by calling Gov. Mike Pences’s office to tell him about their periods. Pence and other anti-abortion lawmakers seem to be so concerned about women’s reproductive health and what’s going on with a woman’s body that they’d love to hear more stories about menstruation, right?

No, that’s not it, it’s that periods can very easily be late miscarriages, and women who miscarry are about to be required by law to ensure that their miscarriage is disposed of properly—i.e., by contracting with a funeral home or turning it over to a hospital.

This is not “hilarious”; it is deadly serious.

I want to finish by noting that this law has literally nothing to do with either protecting women’s health or furthering women’s rights through the abortion process, the two justifications most recent TRAP (Targeted Regulation of Abortion Providers) laws have leaned on for their restrictions and requirements. I understand why the existing law allows women the option of cremating or burying a fetus of at least 20 weeks gestational age, because in most cases these are wanted fetuses, and being able to bury or cremate them could bring wanted closer (though it does not always).

But that is not what this is.

Even the requirement that abortion clinics bury or cremate the results of each abortion clearly has nothing to do with protecting women’s health. It’s a baldfaced and obvious attempt to make it harder for clinics to operate, in an attempt to cut the number of abortions performed. I very much hope that it is overturned in court.

Say what you want about the side of this bill that makes it harder for abortion clinics to operate, requiring women who miscarry at home to collect their miscarriage and either contract with a funeral home or take it to a health care facility, on pain of penalty, is one of the most inhumane things I have read in a very long time, and has nothing whatsoever to do with abortion. 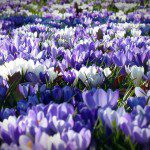 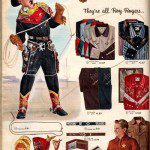