“She seems to have turned out pretty well!”

It happened so quickly, so naturally, and yet I can’t get it out of my mind. At a graduation party earlier this month I ran into the mother of two homeschooled girls I tutored when I was in high school, homeschooled myself. “You were a great teacher for my kids,” she told me. “You were very strict with them and they needed that.” And I cringed, because I am not the authoritarian person I was in high school. And was that really what she remembered about my time tutoring? What about all the times I tried to make learning fun for her kids? Because I did try! I struggled to find words. “That was probably because I was young and didn’t have any training in education and didn’t have a lot of other tools to use,” I said finally, nervously hoping to laugh it off, to make this conversation go away.

And that’s when my mother showed up, putting her arm around my shoulders, smiling, and speaking across me to the other woman. “Well, we were strict with her, and she seems to have turned out pretty well!” I wanted to sink through the floor. I wanted to disappear. This is why my mother and I can’t have a normal relationship. She knows full well that I am not okay with the way she disciplined me as a child, and that I am intentionally doing things differently with my own children. We’ve clashed many times over this. And yet she says things like this.

It’s not just her, though. Abusive and authoritarian parents across a wide spectrum frequently use how well their children turned out as justification for their parenting methods. So let’s go down this point by point.

First, it’s interesting that my mother is willing to say that I “turned out pretty well” in this context while in other contexts she bemoans the fact that I don’t go to a church that worships God, that I only have two children rather than being fruitful and multiplying, that I don’t homeschool, that I have a career—I could go on. Her willingness to say I “turned out pretty well” is highly selective, and is downright laughable given how very close my parents came to disowning me and cutting off my access to my younger siblings half a dozen years ago.

Now let’s talk about the assumption that I turned out well because of how I was disciplined and parented, rather than in spite of it. My mother acts as though it was hitting me repeatedly with a narrow wooden board while I writhed in pain and begged her to stop that made me the person I am today. And I suppose it was, in a sense, but not in the way she thinks. I am a passionate advocate for children’s rights because my own rights were violated. I stand up against injustice because I was wrongly treated. I stand with the suffering because I, too, have suffered. Oh yes, her approach to discipline made me who I am today.

I am a survivor.

Let’s look at another part of this problem. My parents spent time with us working on projects, playing games, reading books, and, in our teenage years, watching old movies late at night. They took us to museums and to the zoo, to the park, and camping in state forests. We traveled across the country visiting historic sites and battle fields, beaches and animal preserves. My parents encouraged us to think, to ask questions, to push back against authority—I don’t think they realized where these teachings, intended to ensure that we would recognize liberal propaganda when we saw it, could (and, for many of us, would) ultimately lead.

Where am I going with this? Put simply, I believe that these very positive things about my upbringing helped mitigate the harm caused by my parents’ approach to discipline and their authoritarian emphasis on absolute obedience. These things helped me to survive and, ultimately, to thrive. Whether or not they realize it, my parents gave me the tools I would need to overcome the damage caused by the authoritarian parenting they continue to trumpet from the rooftops. And yet, I have never heard my mother attribute her children’s success to the love she showed us, the time she spent with us, or the resources she provided us. Instead, she attributes it to the way she disciplined us. It’s baffling.

There’s another aspect too, though: my mother doesn’t know how much I have struggled—and still struggle—as a result of how she parented me. She doesn’t know the fear that washes over me when receiving criticism from an authority figure. She doesn’t understand the paralyzing dread I feel when submitting an assignment to my academic advisor, or to my boss, a dread that is rooted in growing up in a world where authority figures hit me, lectured me, and refused to let me speak on my own behalf. I have survived, yes, and in many ways I’ve even come to thrive, but there are some negative consequences of authoritarian parenting that I may never overcome.

As I’ve thought through all of this over the past few weeks, I haven’t been able to get that moment at the graduation party out of my mind. I stood there, as my mother declared that she’d been strict with me and I’d turned out “pretty well,” and I felt all of this wash over me—the pain, the anger, the disbelief that she would say this publicly, knowing how I feel. I don’t even remember what I said—I made some excuse to leave the conversation, I think. My mother put me in a position where I either had to let her statement stand or speak out publicly against her parenting.

I punted. I wish I hadn’t. I wish I’d pushed back.

As I’ve mulled over it all, though, I’ve realized I’m not alone. To every person who has ever had to claw their way past abusive or authoritarian parenting only to watch their parent credit that very parenting with their success, I believe in you. You matter. Your thoughts matter. Your opinions matter. Your parents do not define you. You define you. Our parents do not write our stories. We write our stories. Our parents may own their past, but they don’t own our past and they certainly don’t own our future. 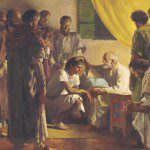 May 30, 2016
Two New Pieces on Christianity and Child Abuse
Next Post 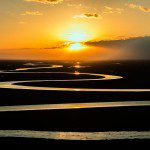 June 1, 2016 From Conservative Evangelical to Trans-Affirming
Recent Comments
0 | Leave a Comment
Browse Our Archives
get the latest from
Nonreligious
Sign up for our newsletter
POPULAR AT PATHEOS Nonreligious
1