What We Need to Hear: How to Talk to Abuse Victims

Can we talk about how people respond to adult abuse victims?*

Let me start by noting that I sometimes have trouble naming what happened to me as abuse. We typically associate abuse with adults beating children in an angry or out of control or sadistic way. That didn’t happen to me. Instead, I had what many would see as an ideal childhood, growing up in the country with parents who read to me, played board games with me, and made even maintenance projects around the house fun, interesting, bonding experiences. I was spanked in a methodical (yet still harmful) way, but it was the emotion control that was worse. Bad attitudes were punished. Dissent was not tolerated. Once I reached adulthood, my parents sought to control my choices in an extremely manipulative and abusive way. I have less trouble calling what they did during my early adulthood abusive because of how severely traumatic it was.

I should know. I have PTSD.

I suspect that there are a lot of young adults in my same position, with parents who treated them in highly manipulative and controlling ways—ways that were not at all okay—without bearing the characteristics we often associate with abuse. This is especially true when parents are emotionally abusive but not physically abusive. Very few people under stand the dynamics of emotional abuse, and just how severely damaging it can be. Perhaps because of this, I’ve noticed some patterns in people’s responses when hearing my story—responses I imagine many other young adults receive as well, especially from those who are older and/or religious.

“Your parents were just trying to do what they thought was best for you.”

I have seen this second response, too, used by abusive parents whose adult children have stood up to them, as they respond by explaining that, okay, maybe they did some things they shouldn’t have, but they were just trying to do what they thought was best for them, so let up already!

Well you know what? We can’t let up. Parents who have engrained abusive patterns rarely just change. Instead what happens is that we give them another chance based on their responsibility denying not-apology cloaked in lines like those above and then we get metaphorically smacked in the face again. I have seen this happen so many times. I have lived it. If the underlying abusive patterns are not admitted and dealt with, they will continue to rear their ugly head. Parents who have ingrained abusive parenting habits have got to actually own up to these habits, and to what they did—without excuses—before anything can change.

We as a society need to recognize that parents can be abusive toward their children—including their adult children—without looking like the stereotypical abuser. We need to recognize that emotional abuse is in many ways just as harmful as physical abuse. We need to stop explaining abusive parenting away as just parents who mean well making mistakes. We need to take abusive patterns seriously and call them out as wrong. We need to support our friends or family members who endured (or are still enduring) abuse from their parents, whether as children or as young adults.

What is it I do want to hear, then? This:

“I’m sorry that happened to you. What your parents did was wrong.”

“You are important and you matter. I believe in you.”

That’s really it. I don’t need you to rip into my parents, or to show some huge emotional response. I just need you to acknowledge that what happened was wrong, and should not have happened. I just need that simple affirmation. I’ve spoken with a lot of young adults in similar situations, and that’s what they say they need too. What we want to hear is an acknowledgement that what we suffered was wrong, and not okay, without any excuses for our parents.

I would be remiss if I did not mention one more thing I am sometimes told:

“I hope someday you will be able to forgive them.”

This response is wrong for several reasons. For one thing, it assumes I haven’t forgiven them. For another thing, it assumes that forgiveness is some sort of magic thing we can just do. I actually don’t usually think in terms of forgiveness. I think in terms of processing. Have I processed what happened to me? Have I arrived at a place where I can feel some sense of calm and acceptance? Have I sorted things out in my brain such that I have a framework for understanding what happened to me, and why? This is far more important to me than some sort of magic word.

This response also puts the burden on the victim rather than on the abuser. In evangelical Christianity, forgiveness is such a loaded term. It is something that must be done, and if one does not forgive, they become the one doing wrong. I’ve seen it interpreted such that a victim who refuses to “forgive” their abuser is wronging their abuser. Contrast this response and focus with this alternative response:

“I hope someday your parents will realize that they were wrong.”

This response puts the burden on the parents. It acknowledges that fixing the relationship is incumbent on the abusive parent recognizing that what they are doing is wrong and taking steps to correct it, not upon the adult child “forgiving” their abusive parent. It acknowledges, too, that the problem is ongoing, and is not something we can solve ourselves.

Depending on the situation, it may not be something we want solved. Some have been so harmed by abusive parents that they no longer want them in their lives, not now, not ever—and we need to recognize that that is their prerogative.

What about you? If you experienced abuse at your parents’ hands, whether as a child or a young adult, what responses to your experiences have you seen from others? How do you want people to respond? Did the abuse you suffer meet the stereotypes we hold about abuse, or not? Whatever further thoughts you may have are welcome! 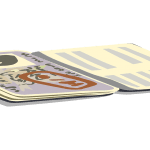 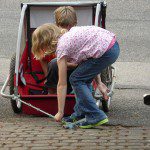