Over the past few days, I’ve read a variety of responses to Gaye Clark’s Gospel Coalition article. I’ve also read a lot of discussion about her article. The main point comes down to this—by treating her daughter’s interracial marriage as a struggle she had to face while stating adamantly that she is not and never has been racist, by treating her daughter’s fiancé’s blackness as something she had to overcome or stop seeing, and by suggesting that we shouldn’t call Uncle Fred a racist because that would be too mean, Clark (unintentionally) reinforced the idea that blackness is inferior and that white people’s comfort is more important than black people’s humanity.

Many people wondered, when reading Clark’s article, what her black son-in-law, Glenn, would have to say of all this. What would this article have looked like written by him, rather than by the mother-in-law who had to stop seeing him as a black man—as those his very identity was a problem—before she could welcome him into her family? In light of this question, I want to take this moment to highlight a number of the responses I’ve read by African American bloggers.

The first piece was written by Roni Dean-Burren, an African American woman blogger, activist, and educator. Here’s an excerpt:

For years I prayed for the young woman who would marry my son.  I asked to L-RD to make her funny, beautiful, smart, healthy, fertile and able to put her foot in a good pot roast and mustard greens!

I prayed hard! I’d stand outside his door at night – smelling the stench from his very boy room – and I’d pray for all the aforementioned traits – and pray that she knew how to use febreze because LORDT this boy could stink up a space.

But I prayed for her. I really did!

And because I believe G-D is a Black woman with a wicked sense of humor who loves to throw all kinds monkey wrenches in my plans – just so I can look up at Her and say , “GIRL, you play too much” – I should have known that She was going to play an epic joke on me!!!

Click through to read the whole thing! What I love about Dean-Burren’s piece is how obvious flipping the script makes the problems with Clark’s original piece.

Most people don’t think they’re racist. Majority cultures define racism as clear animosity toward and determined detrimental behavior toward other races. We don’t think of our implicit racial associations as racism. We’re not racist when we move houses, schools, or churches to be “good neighborhoods.” We just want the best education for our kids! We’re not racists when we see escalating racial disparities in law enforcement or prison sentencing or economic gaps.

We assume there must be something behind all of this. That’s not as easy to do when “those people” are going to be at Thanksgiving dinner. Listen. It’s okay to say, “I was racist and didn’t realize it. This event stirred something inside me that I’d had the privilege of simultaneously ignoring and denying.”

We are made better by confessing our sins rather than concealing them.

Since Ms. Clarke takes us back parenthetically to 1967, maybe I should begin there.  This was the year the landmark film, “Guess Who’s Coming to Dinner” came out.  As you know this was to many a scandalous work, diving headlong into the subject of interracial marriage, as Spencer Tracey (It would be his last film) and Katherine Hepburn’s San Francisco based characters are thrust into the subject, when their daughter comes home with a black man (played by Sidney Poitier).  After initial shock and hesitancy (especially on the part of the dad), they come around and finally embrace him, and you’re left in awe of this “courageous and progressive” white couple who would stand so big while stooping so low as to accept a black man.  Think about it- in 1967 a mark of being what we would now call progressive, is accepting a black person.  So once the final credits roll what are we left thinking?  Oh those great and wonderful white people.  Boy isn’t that big of them to accept us.  They’re the real protagonist’s, the real heroes, of this story.

And that’s exactly how I felt reading Ms. Gaye Clark’s article.  Now whether or not she meant to do that is not the point.  I fully believe this was not her intention. But I can’t help it, there is just an air of arrogance and paternalism here.  One can easily leave thinking, “Well isn’t that just kind and big of her.  This white woman accepting this black man, dreads and all?”  It’s this subtlety that actually undermines Ms. Clark’s purpose.  Instead of trying to fight against inequality, she actually entrenches it by unintentionally posturing herself as the Katherine Hepburn of this modern day, “Guess Who’s Coming to Dinner”.

If I were to give Ms. Clark a mulligan, I’d want to see more humility from her.  I’d want her to put pen to the culturally conditioned consternation that was in her soul that lead to her surprise when Glenn came to her home for dinner.  Why were you surprised and implicitly filled with an initial angst?  What forces were at work in your own experience that made this even a significant issue for you? Oh yes they were there for you, just like they are for all of us.  I want to hear more about that.  Pull us into that pilgrimage.

And, given the reformed undertones of her article, which I love by the way, shouldn’t Ms. Clark’s “Big God Theology,” lead to a robust anthropology.  She writes of accepting Glenn as if it was a part of God’s permissive will and not his perfect will.  I mean she actually talks about the need to rejoice in the trial.  Is that what we are now?  A trial?  Seen in this light, her eight pieces of advice seem more like strategies in how to cope with some incurable forms of arthritis- you know something you can’t get rid of, but you can take something to make you more comfortable with this less than ideal situation.  Oh how my heart breaks.

Read Loritts’ full piece! He doesn’t save any punches.

And then there’s Jameelah Jones’ article, Black People Deserve the Same Compassion We Give White Allies Who Screw Up.

On the 2nd anniversary of the death of Michael Brown, I am finding it VERY difficult to sit with the notion that I must accept Gaye Clark’s words as a “good first step”. That I must find comfort in her effort, even in its extensive flaws, because “at least she’s trying”. It’s funny how we are charged to treat a 53-year-old woman with childlike patience, and yet talk about 18- year old Mike Brown like he was a grown man. And I’m still trying to sit with the reality that grace is something most often offered to White women-while Black women are met with suspicion at best, and outright condemnation at worst.

It’s long past time for us to stop patronizing this serious gap in our hearts with, “well this isn’t going to be easy”, or “how can we ever make progress if we (aka Black people) aren’t willing to listen to other perspectives?” It’s about time we had a real talk about how racism manifests itself in our everyday Christian lives- white people, particularly white women, are seen as infinitely deserving of patience and grace in pretty much all situations, but particularly in regards to facing racism. Whiteness is given extreme latitude for simply being nice. Unfortunately for me, “nice” is not the opposite of “racism”, and the slow turning wheels of white folks’ “efforts” will not set me free. 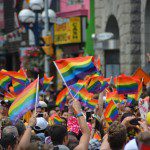 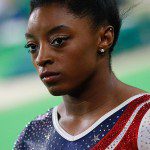 August 11, 2016 This Pro-Life Simone Biles Meme Gets It All Wrong
Recent Comments
0 | Leave a Comment
Browse Our Archives
get the latest from
Nonreligious
Sign up for our newsletter
POPULAR AT PATHEOS Nonreligious
1