On Choosing a School in a Segregated World

School segregation did not disappear with the 1954 Brown v. Board of Education decision. In fact, by some measures American schools have become more segregated over the past few decades. As anyone who has looked at the problem knows, the root of this issue is residential segregation—as long as we have neighborhood schools, and as long as neighborhoods are highly segregated by race (and class, among other things), we will have segregated schools. Attempts to fix this problem via school busing in the 1970s failed in the face of strong parental opposition (including rioting by white parents). But I want to take a moment to make this issue personal.

When Time Kaine was nominated for the vice presidency on the Democratic ticket, I was beside myself geeking out over Anne Holton, Kaine’s wife. Do you know her backstory? I did. Take a look at this picture for a moment: 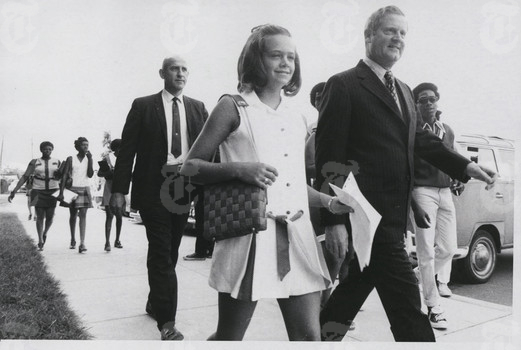 That is Anne’s sister walking to school with their father, Linwood Holton, then governor of Virginia. The year was 1970. Do you notice anything about the other students also walking to school? They’re black. At a time when white parents were throwing bricks at school buses and rioting to ensure that their children attended white schools, Anne’s father voluntarily enrolled her and her siblings in Richmond’s predominantly black public schools, taking a public stand for school integration.

But I said I was going to make this issue personal, and I am. That same year—1970—my grandparents moved to a new state, and had to choose where to live. My grandmother told me some time ago that they chose to live in one town rather than the town next-door because they had heard that the schools in that town “were full of drugs and violence.” I tried to look this up to verify, combing newspaper archives, and found no direct evidence of either drugs or violence in those schools. What I did learn confirmed my suspicion, however—the public schools in the town next door were heavily African American while the schools where my grandparents settled were overwhelmingly white. They remain so to this day.

Now my grandmother, I’m sure, would insist that this had nothing to do with race. She would insist that the schools in the area they moved to were simply safer, cleaner, nicer, and better funded, with teachers who were better trained and an administration with better connections. Did she even visit the other schools, I wonder? Regardless of her justifications, her family’s individual decision, in its own small a way, helped maintain racial segregation in her state’s public schools. And this is exactly how such segregation is maintained—by millions and millions of individual decisions about where to live, decisions that are often racially coded if not based explicitly on race.

We, too, moved not so long ago, and when we did, this issue was in the front of my mind. Would my decision mirror that of my grandmother, contributing to school segregation in the name of doing what was “best” for my children? Or would my decision mirror that of Linwood Holton, taking a strong stand against school segregation? As I kept race at the forefront of my mind, the complexity of these individual decisions became agonizingly clear. Some areas genuinely are dangerous. Some schools are chronically troubled, grappling with inadequate facilities, lack of funding, and constant administrative turnover. These decisions aren’t always simple.

But let me pause to make a few points.

Second, we need to stop paying so much attention to test scores. A school’s test scores tell nothing about the quality of instruction provided or the atmosphere of the school. Zip. Nada. Nothing. And I say this from experience. A school’s test scores tell far more about the demographics of the school than they do about anything else. And they certainly do not tell how your child will score. I have sent my child to two different low-income schools with poor test scores. Both have been superb experiences. In fact, I’ve found test scores to be so unhelpful in assessing overall school quality that I did not look at them, at all, when we were moving.

Today, my daughter attends a diverse public school. Today, we live in a diverse neighborhood. And when I say diverse, I don’t mean white with a sprinkling of color—and I don’t just mean racial diversity. If I had any advice to give, it would be to walk the neighborhoods and visit the schools rather than falling prey to assumptions. You will learn far more about a school and its culture on a tour of the school than you ever would from the school’s test scores or other ratings. Speak with the principal. Speak with the teachers. If possible, speak with the students and with parents.

My father-in-law once told me that the solution to racism is for everyone to get to know each other. I was annoyed at the time, as it seemed both too simplistic and overly focused on both sides. And it is too simplistic. Mid-twentieth-century segregationists often spoke fondly of the black people they knew while simultaneously condemning “race mixing.” But there is still some truth to the idea that getting to know people across racial and class lines—as people and not as stereotypes or ideas—can help us overcome our prejudices. I suspect this is something Linwood Holton learned when he enrolled his children in Richmond’s predominantly black public schools almost five decades ago. 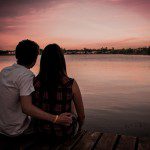 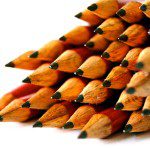 Nonreligious
The Other Part of the Aurora "Stolen Van"...
Love, Joy, Feminism
TRENDING AT PATHEOS Nonreligious