Andrew T. Walker of the Southern Baptist Convention made this comment in an exchange with Rod Dreher of the Benedict Option:

Are religious conservatives actually wrong and comparable to racists on this issue? I would answer, “Absolutely not. Christians are holding to divine truths about human nature.”

Both bloggers were responding to an article by David Gushee on the Religion News Service, addressing the future for churches that continue to take a hard line on homosexuality. There is fundamentally misleading in the way both Walker and Dreher frame their opposition to same-sex marriage and homosexual identities.

Walker finished his piece with the following questions:

Are Christians who hold to the historical position on sexual ethics engaging in invidious discrimination?

Are Christians who hold to the historic position on sexual ethics holding the same type of beliefs and engaging in the same types of actions as avowed racists?

Can there be actual disagreement on this issue that doesn’t impute to the other side the worst possible motivations?

Can there be a state of mutual respect that allows for different people to reach different conclusions about the purposes of human embodiment?

I have two problems with the narrative Walker is pushing here. First, “the historical position on sexual ethics” is not what Walker thinks it is. Second, Walker misunderstands comparisons between opposition to LGBT rights and racism, perhaps because he misunderstands racism (one does not have to have “the worst possible motivations” to be racist). And finally, I don’t think either Dreher or Walker understand where the racism comparison leaves us.

Interestingly, there have also been varying historical positions on race. During the nineteenth century and even before, many (white European and American) Christians believed that black people were the descendants of Ham, the cursed son of Noah. In fact, they taught that it was this historical reality that justified the enslavement of Africans. After all, the curse specifically involved slavery to his (white, the argument went) brothers. This wasn’t about race hatred, believers in the Curse of Ham argued. It was simply reality—a divine truth about the structure of humanity, if you will.

There are a lot of misunderstandings, today, about what opposition to the civil rights movement looked like. As late as the middle decades of the twentieth century, many southern pastors and religious leaders preached that the Bible taught the separation of the races. They argued that it was nothing against black people and that it wasn’t about hatred. It was simply a divine reality—God had created the races to be separate, each in their own place. Check out this paragraph from George Wallace’s 1963 “Segregation Now, Segregation Forever” speech:

We invite the negro citizens of Alabama to work with us from his separate racial station . . . as we will work with him . . . to develop, to grow in individual freedom and enrichment. We want jobs and a good future for BOTH races . . . the tubercular and the infirm. This is the basic heritage of my religion, if which I make full practice . . . . for we are all the handiwork of God.

There is actually a lot of similarity between this rhetoric and the rhetoric used by conservative churches today. Yes, there are some who still refer to “homosexuals” as “perverts” just as there were those in Wallace’s following who used racial slurs to refer to African Americans. But when speaking to outsiders, when defending themselves against accusations of racism or homophobia, both southern churches in the 1960s and conservative churches today use similar rhetoric—we don’t hate those others, we wish them well, over there. God has decreed separation of the races / a specific sexual order for marriage. We’re not being mean when we say it and we don’t hate anyone, it’s simply a divine reality laid down by God. This is how it has always been.

Let’s go back to Walker’s statements, already quoted above. First, this:

Are religious conservatives actually wrong and comparable to racists on this issue? I would answer, “Absolutely not. Christians are holding to divine truths about human nature.”

Again, note the similarity. Whether or not Walker is aware of it, this is the same exact logic used by many not most of those who opposed desegregation during the civil rights movement. God decreed that the races should be separate. Christian pastors preaching segregation were simply preaching divine truths about human kind—each race was best off with its own kind, race mixing was against God’s divine order.

And then there’s also this bit:

Are Christians who hold to the historic position on sexual ethics holding the same type of beliefs and engaging in the same types of actions as avowed racists?

Can there be actual disagreement on this issue that doesn’t impute to the other side the worst possible motivations?

Walker makes the mistake of buying into a caricature of the white racist. If I’m not like that person shouting racial epithets, I can’t be racist, or so goes this logic. But while there were absolutely white southerners who shouted racial epithets and worse (just as there are conservative Christians who call gay people “perverts” or “abominations” and worse), most white southerners (and northerners) who opposed desegregation did not see themselves as hating black people. They believed that black people and white people were best off separate, that this was best for both races. And they believed God wanted it that way—that this order was decreed by God.

If you’re still not convinced, look up pro-segregation speeches and sermons. You’ll see what I’m talking about. Here’s another example:

Now, what is the matter? There is an effort today to disturb the established order. Wait a minute. Listen, I am talking straight to you. White folks and colored folks, you listen to me. You cannot run over God’s plan and God’s established order without having trouble. God never meant to have one race. It was not His purpose at all. God has a purpose for each race.

That was from a 1960 sermon by Bob Jones Sr. titled Is Segregation Scriptural? His answer was a very clear and direct yes. Not only that, he accused civil rights leaders of being outside agitators who had come in to create problems and claimed that the South had seen harmony between the races before their arrival. And yet, look at the language he uses. Look at how he frames his argument. Look at how similar his language is to that arguing for “traditional” marriage.

Many conservative Christians are upset with being compared with racists who opposed desegregation in the 1960s because we as a society have done a terrible job of educating our young people about what racism involves. It does not have to involve malice or hatred. In fact, I would argue that it usually doesn’t. Most of those who opposed desegregation would have argued adamantly that they felt no malice or hatred toward black people at all; segregation was just how things were supposed to be, race separation was simply the natural order of humankind.

With this background, let me address both Walker and Dreher’s concern about what the future holds for conservative churches that continue to teach that homosexuality is against God’s divine order for marriage and sexuality. Dreher predicts that these churches will be stripped of their tax exempt status if they refuse to change their position. Is this realistic? In a word, no. I’m not sure either Dreher or Walker realize this, but no church has ever its tax exempt status for being racist. In fact, I lived for years in a town just south of a community that was home to several openly white supremacist churches. And yes, they still had their tax exempt status.

But what about all the IRS stuff with racist Christian schools? Didn’t the IRS step in and revoke groups’ tax exempt status? ‘t’s true that in 1979, the IRS moved against a number of Christian schools that they believed were being racially discriminatory in their admissions process. But this was never about what the schools taught. It was about whether they barred admission to black students. Similarly, Bob Jones University lost its tax exempt status in 1983 because it banned interracial dating (it had originally barred African American applicants entirely). Even then, the court was very clear that its ruling only applied to religious schools, and not to churches.

Christian schools or universities that bar LGBT students from attending or ban same-sex dating (or refuse admissions to individuals in same-sex marriages) could potentially lose their tax exempt status, yes. But this is purely about discriminatory practice, and not about teaching, and—remember—this only applies to schools and universities. And that’s it. The end. That is as far as any comparison to racism lets us go, because that is as far as the government has ever gone in dealing with racist churches or racially discriminatory religious schools or universities.

Honestly? A little bit of history goes a long way. 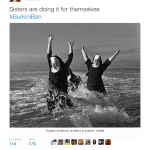 August 24, 2016
The Horrible Hypocrisy of the Burkini Ban
Next Post 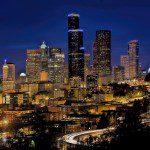