Which God Is Looking Out for Them?

And so it has begun. Evangelicals on my Facebook feed are praising the faith of various of the five female gymnasts representing the United States in Rio, sharing articles and images. That’s why they can keep going, they’re saying. That’s why they never give up. I grew up in an evangelical home, so this is familiar. We heard stories of Scottish athlete Eric Liddell, who put his faith ahead of everything still set a world record at the 1924 Olympics. Christian athletes spoke at our church on Super Bowl Sunday each year, and Tim Tebow quickly became a household name. But as I’ve watched evangelicals praising the faith of this year’s Team USA Olympic gymnasts, I’ve been feeling a sort of tension.

You can’t preach that Jews are going to hell and that Catholics, also, are lost and unsaved, and then praise the faith of a group of Olympic gymnasts that includes a Jew and a Catholic. Simone Biles, widely considered the best gymnast in the world by far, is Catholic. Aly Raisman, who took a gold metal for her floor exercise in 2012 before returning for the 2016 Olympics, is Jewish. (The other three gymnasts appear to be Protestant, though I couldn’t determine their specific denominations.) I don’t mean to belittle any of these women’s faith. My concern is not with the ways these women have built meaning in their lives—I have nothing but admiration for them—but rather with two rather unfortunate habits practiced by evangelicals.

First, evangelicals often claim the victories of “people of faith” across the board while condemning non-evangelicals to hell in the next. There’s something that rubs very wrong about praising a generic “faith” in one moment—often applied using the nebulous “Judeo-Christian” label—and the next moment stating matter-of-factly from the pulpit that yes, Jews and Catholics do go to hell, because they’re not properly “saved.” Why praise and uplift the “faith” of someone you believe is not “saved”? It feels like a ploy to stick it to those who aren’t religious, an attempt to unite all people of faith against those who eschew religion, and it combines weirdly with a theology that holds that even non-evangelical people of faith are bound for hell.

Of course, not every evangelical is onboard with praising “faith” as a catch-all, and that gets us to the second habit that bothers me here. Some evangelicals will only uplift and praise the faith of evangelical athletes—such as Laurie Hernandez—but then offer no meaningful explanation for why non-evangelical athletes also perform well, and sometimes (as in the case of Simone Biles) better. If Laurie is evangelical and unafraid to claim her faith or call on God to help her, why isn’t she the Simone Biles of the group? Who or what is helping Simone, a Catholic (and thus “unsaved” according to evangelicals) perform so well?

I don’t have problem with evangelicals pointing to athletes like Hernandez and identifying with them. That’s only natural. Athletes like Gabby Douglas and Simone Biles serve as inspiration for African American girls thinking about trying gymnastics. If Hernandez similarly inspires young evangelical girls to give the sport a try, I’m all for that! I also have no problem with people routing for athletes they feel they share something in common with. It’s when evangelicals start prescribing their favorites’ success to God—or praising the generic “faith” of individuals whose beliefs would not be welcome at their churches—that I get antsy.

Does “faith” improve athletes’ performance? Athletes need a strength of will and source of motivation to keep going, to believe in themselves, to push past failures and keep trying again, and for some, religious faith can provide that. But the fact that Catholic athletes like Biles and evangelical athletes like Hernandez can both draw on their religious faiths to add to their stamina suggests that this factor is more about the psychology at play than it is about which specific God is being worshiped and drawn on for protection. Besides, religious faith is not the only source people can draw on when pushing themselves to keep reaching. Nonreligious individuals can and do create meaning in a variety of ways.

Please don’t misunderstand me, I have no problem at all with evangelicals cheering for evangelical athletes. There’s an irony, though, when evangelicals ascribe evangelical athletes’ success to their faith when, in gymnastics at least, it’s a Catholic athlete who is dominating, and many (if not most) evangelicals consider Catholics lost and unsaved. There’s an irony, too, in attempts to ascribe successes like those of Catholic athlete Simone Biles to some generic concept of “faith”—in an attempt to stick it to the atheists, I suppose—while simultaneously sending evangelical missionaries to Catholic countries because, again, Catholics are lost and unsaved. 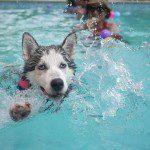 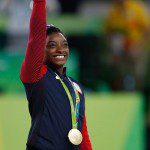 August 15, 2016 Why This Simone Biles Homeschool Success Meme is Disrespectful to Homeschool Alumni (and Simone Biles)
Recent Comments
0 | Leave a Comment
Browse Our Archives
get the latest from
Love, Joy, Feminism
Sign up for our newsletter
POPULAR AT PATHEOS Nonreligious
1