Women Who Murder Their Husbands Are “Wicked” While Men Who Do the Same Are Ordinary Blokes August 17, 2016 Libby Anne

After writing yesterday’s post, I came upon something very interesting. A study by Australian researchers published last year evaluated judges’ sentencing remarks in 72 cases of domestic murder—67 involving male perpetrators and 5 involving female perpetrators—and found stark differences between the way the judges talked about men who murdered their domestic partners and women who murdered their domestic partners. While the study looked at cases in two provinces in Australia, many of the same themes transcend borders throughout the West.

As one Australian news site summarized the study:

The researchers found that when it came to sentencing male offenders, the judges went out of their way to present the murderers as essentially good blokes who had gone off the rails. For example, in sentencing remarks evaluating the offenders’ characters, the judges made frequent mention of the men’s involvement in the community and their work ethic.

“Your employer regards you as an outstanding employee and you were popular in the workplace. Your employer speaks highly of your work ethic,” said one judge.

Another offender was praised for his work with the Country Fire Authority and being “a good worker, a good provider and a contributor to community affairs.”

The judges in the sample set of cases also thought it important to note the “mitigating circumstances” for these men murdering their female partners. . . .

And yes, there was victim blaming:

What’s worse is that even after the men had been convicted of murdering their female partners, judges sought to blame the victim. As one judge put it, “Your wife was the source of the conflict.” In another example, the judge ruled that the offender’s culpability was lesser because of depression and anxiety “caused by his wife’s separation from him.”

But what about women who murdered their domestic partners? Did judges make similarly positive comments about their character, or reference to mitigating factors? It seems not:

In contrast, the judges were not nearly as understanding and sympathetic to women who had murdered their male domestic partners. The researchers’ analysis of the five cases where women were the offenders is succinct: “There were no positive evaluations of female offenders’ characters.”

The judges also opted against such nuance when it came to trying to put women’s killings into some kind of context. Unlike the male perpetrators, the judges didn’t bother delving into the women’s social disadvantage or relationships with their fathers. With women, judges preferred to be less social worker, more religious preacher, declaring the wickedness of women:

“It is hard to think of a more callous, heartless, wicked person.”

“Your wickedness knew no bounds.”

“You chose an horrendous method indeed to carry out this wicked crime.”

“You had no compassion, you were heartless.”

There were also sentencing differences:

I am gobsmacked. This is quite literally worse than I’d thought. Could it be that this is partly because the judiciary is (likely) still so highly male? Perhaps men are better able to sympathize with and be understanding of male perpetrators, and in cases where women are the perpetrators, it is the male victims they sympathize with? I know I personally have begun to gravitate very deeply toward reading fiction by woman authors, because men can’t write female characters with the amount of depth and nuance that women can—and somehow women can still write meaningful male characters. As women, we’re forced to put ourselves in others’ shoes all the time, encouraged to empathize and consider others’ feelings and needs. Men aren’t socialized the same way.

The study also notes that in four out of the five cases where the woman was the perpetrator, the judge made positive comments about the male victim, but that there were positive remarks about the female victim in only two of the dozens of cases where a man was the perpetrator—and these comments were more limited than the others. Remember that this is complemented by negative remarks made about female victims in many of the cases.

You really should read through the study for yourself-–it’s available online and is shocking in the straightforward nature in which it presents this rather terrifying data.

As the study concludes:

Through a qualitative analysis of these remarks, it was found that females received substantially longer sentences in these cases than their male counterparts. This study also demonstrated that judges expressed more exculpatory remarks for the male offenders while making damning, indeed vilifying statements about the female offenders.

I’ve sometimes seen Men’s Rights Activists claim that the judicial system is biased toward women—that women are let off by judges all the time for things that would put men in the slammer, that women get shorter sentences for the same crimes, etc. I knew this didn’t capture the full story when it comes to rape—that women who take their rape allegations to court are put through the ringer, and that convicting a male perp is rare—but I’ve never challenged this claim outright, preferring instead to point out that to the extent that such gender-bias exists in the judicial system, it is the result of the same patriarchal norms we feminists are working to deconstruct.

This 2012 study suggests that women in the U.S. receive lower sentences and are more likely to avoid jail altogether compared to their male counterparts. This analysis from Australia suggests that this is true there, too, when looking at crime overall. The same analysis (see pages 20-21) finds that men and women who do jail time for murder serve the same average length of time.  However, this analysis does not break things down by type of murder to look at murder of a domestic partner specifically.

The reader should be aware that this is not a study on domestic homicide, since this category would include people guilty of manslaughter. It is a study of people found guilty of domestic murder.

But even this factor does not fully explain the differences in sentencing remarks. That the judges involved made positive comments about four out of the five male victims and only two out of literally dozens of female victims makes it clear that there is something more than this going on here. Remember that the study noted that “there was no occurrence of adverse evaluation of male offenders within the sample sentencing remarks” even as judges called the female perpetrators “heartless,” “callous,” and “wicked.” 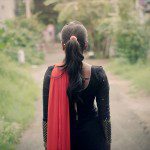 August 16, 2016
Why Is the NRA Ignoring This 14-Year-Old Girl Jailed for Shooting Her Abusive Father?
Next Post 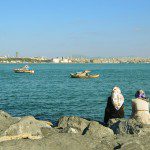 August 18, 2016 "Burkini" Bans Shut Women out of Public Space
Recent Comments
0 | Leave a Comment
Browse Our Archives
get the latest from
Nonreligious
Sign up for our newsletter
POPULAR AT PATHEOS Nonreligious
1