First Debate Highlights: That Moment Every Woman Knew What It Felt Like to Be Hillary

I wasn’t going to write about last night’s debate, I really wasn’t. And then I started watching it. My god. Wow. Let me just highlight a few things that stuck out to me.

Let’s start with this:

Watching Trump talk all over Clinton while she smiled and retained her composure was fascinating, horrifying, and a bit too true-to-life. Not only did he interrupt her constantly, he did something I’m not sure I’ve ever seen done in a presidential debate—he talked over her while she spoke, during her turn, in a sustained manner, essentially carrying on a running commentary while she was speaking. And she just kept going. She never lost her composure. She was steady, she was determined, she was amazing. And every woman who has ever had to coexist in conversation with a less-prepared braggart who thinks he knows more than her knew exactly what it felt like to be Hillary Clinton at that moment.

Oh, and then there’s the part where Clinton pointed out that during the few years we do have access to his tax returns, because they were subject to an investigation, he had paid nothing at all in federal income taxes. Trump interjected, speaking over her momentarily: “That makes me smart.” He later talked about the four bankruptcies his companies have been through in a similar way: “I take advantage of the laws of the nation because I’m running a company. My obligation right now is to do well for myself, my family, my employees, for my companies. And that’s what I do.” In other words, it’s too bad Uncle Sam had to pay his bills. He’s obligated to do whatever he can to take advantage of American laws and American taxpayers.

And then there was the moment when things turned to race. The moderator brought up Charlotte and Tulsa and asked each candidate: “So how do you heal the divide?” Clinton’s answer was standard, focusing on rebuilding trust and on criminal justice reform. Trump’s answer? “We need law and order,” he said. Law and order has been a racist dog whistle since at least the 1960s, as I’m quite certain Trump knows. Trump then called for bringing back “stop and frisk,” a policy that promoted racial profiling by allowing police to stop and search anyone they deemed “suspicious” without probable cause. Trump attempted to portray this policy as a way to make things better for African Americans and Hispanics, whom he claimed were “living in hell” in our inner cities, ignoring the reality that those communities were the most vocal in calling for an end to “stop and frisk” down in New York City, because those communities were the ones the policy targeted.

That’s right. When asked about healing the racial divide caused by police shootings of unarmed black men, Trump called for establishing “law and order” and bringing back “stop and frisk,” a policy that disproportionately targeted African Americans and Hispanics. When asked for a solution to a problem—racial profiling and the use of excessive force within policing—Trump called for more of the same. More policing, more profiling, more force. Can you say horrifying?

But we’re not done with the sexism. Toward the end, there was this:

The above meme states: “Sexism is a man screaming he has a better temperament than a woman who has been patiently waiting to speak after being interrupted 10 times.” And yes, that actually happened. Trump said, and I quote: “I have much better judgment than she does. There’s no question about that. I also have a much better temperament than she has.” He said that after spending the entire debate interrupting her, talking over her, and getting angry, while she calmly kept her her composure.

Actually, that’s not the only thing there was at the end. There was also this bit by Trump, about Clinton and her campaign:

[S]he spent hundreds of millions of dollars on negative ads on me, many of which are absolutely untrue. They’re untrue. And they’re misrepresentations.

And I will tell you this, Lester: It’s not nice. And I don’t deserve that.

But it’s certainly not a nice thing that she’s done. It’s hundreds of millions of ads.

I’m reminded of this:

It’s Parks and Rec, and Leslie Knope is running for City Council against Bobby Newport, the wealthy son of the area’s largest employer. They’re having a public debate. Leslie is very obviously better prepared, but Bobby pleases the crowd with his pithy overly-simplistic responses. During the debate, there’s this exchange:

Leslie: I love this town, and I’ve worked my whole life to make it great. I believe that I’ve earned you vote. Bobby Newport believes he can buy it. And maybe that’s because he’s never earned anything his entire life.

You know what? Women running for public office could never get away with a response like that. It would be seen as weak, and as a sign that they’re not ready for the rough-and-tumble world of politics. But somehow Donald Trump can say that Hillary’s ads are “not nice” and that he doesn’t “deserve that”? Does he have any idea what Hillary has had to put up with for the past forty years?! Is the issue here that women are supposed to be extra specially nurturing, sweet, and nice, and that when we’re not, men get their feelings hurt?

If you watched the debate last night, what else stuck out to you? If you didn’t watch it, you still can! It’s on youtube in its entirety. 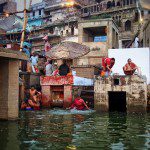 September 27, 2016
Newfound Independence, from Lowell Mills to the Bangalore Garment Factories
Next Post 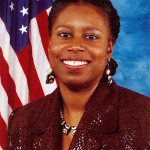