The Party of Family Values, My Foot!

The Party of Family Values, My Foot! September 6, 2016 Libby Anne

If I learned anything about the Republican Party growing up in a conservative evangelical family, it was that the GOP was the party of family values. At the time, I believed the rhetoric. Why shouldn’t I? I was a homeschooled child who had never been exposed to anything that might challenge this claim. I’d never met a gay person, but I knew that they led miserable, godless, sex-obsessed, dangerous, anti-family lifestyles, because that’s what my parents and church taught me. I didn’t realize that GOP rhetoric about welfare recipients ignored the various alternative kinds of families people form. I thought the definition of the word “family” was a married man and woman and their biological or adopted children.

You can’t get much more “family man” than Barack Obama. He’s a loving husband and a dedicated father. His relationship with his wife, Michelle, and with their daughters, Malia and Sasha, is wonderful to behold. He has never been accused of infidelity. He has never been on the cover of Playboy. He has never left a wife for another woman. He speaks of Michelle with respect, honor, and admiration. Pictures of him with his daughters are a sight to behold. And yet, evangelicals accused this family man of being the antichrist, and worse. They have spent the past eight years vilifying him up and down. The hatred has been palpable.

I realize that a pretty picture does not a happy family make, but anyone who has followed the Obamas can see that the president is a dedicated, loving father who lives for his children, who values and loves his wife. I’ve never seen a hint of an affair.

Contrast this with Donald Trump. Trump cheated on his first wife with another woman, and then divorced his first wife to marry the woman. He later divorced his second wife and remarried a third time. He was on the cover of Playboy for gracious sakes.

And look at how Trump talks about his most recent wife, Melania:

Stern once asked Trump what he would do if Melania were in a terrible car accident, God forbid, and lost the use of her left arm, developed an oozing red splotch near her eye, and mangled her left foot. Would Donald stay with her?

“How do the breasts look?” Trump asked.

“The breasts are okay,” Stern replied. Then, yeah, of course Trump stays. “Because that’s important.”

Can you even imagine Obama talking about Michelle like that?

All of this and more should immediately disqualify Trump from being considered a “family man,” and from heading “the party of family values.” Do you remember what conservatives said about Bill Clinton in the 1990s?

Evangelicals during the ’90s were not merely concerned with Clinton’s private behavior; they were worried about its effect on a society they felt had already abandoned traditional values. In September 1998, James Dobson of Focus on the Family sent a letter to 2.4 million conservative Christians claiming Clinton should be impeached because his behavior was setting a bad example for our children about “respecting women.” Dobson’s apparent concern for women back then feels like a partisan political move now that he’s given Trump an enthusiastic endorsement.

I can’t anymore. I really can’t. I am completely and utterly disgusted.

I grew up believing all that stuff about family values, I really did. And perhaps I should have seen through it back then—it’s not like the cast of characters that lined up against Bill Clinton all had their family lives in order, after all. But I was a child then, and I was gullible, I suppose. And now, as an adult, looking at conservative hatred of Obama and evangelicals’ sudden embrace of Donald Trump, the hypocrisy is thrown into stark relief. 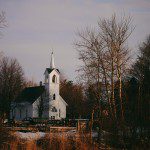 September 5, 2016
Religion Is Not Black and White
Next Post 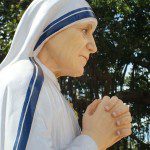