What We Can Learn from Mother Teresa’s Defense of a Pedophile Priest September 7, 2016 Libby Anne

Mother Teresa has finally been proclaimed a saint by the Catholic Church, offering people around the world an opportunity to revisit her life and legacy. I knew that there were many problems with the Mother Teresa myth—that she believed that poverty was beautiful and that she denied her patients anesthetics and had her hospitals reuse needles—but I most certainly did not know about her defense of a pedophile priest. Take a look at this except from a 2012 article about the situation:

Yet documents obtained by SF Weekly suggest that Mother Teresa knew one of her favorite priests was removed from ministry for sexually abusing a Bay Area boy in 1993, and that she nevertheless urged his bosses to return him to work as soon as possible. The priest resumed active ministry, as well as his predatory habits. Eight additional complaints were lodged against him in the coming years by various families, leading to his eventual arrest on sex-abuse charges in 2005.

The priest was Donald McGuire, a former Jesuit who has been convicted of molesting boys in federal and state courts and is serving a 25-year federal prison sentence. McGuire, now 81 years old, taught at the University of San Francisco in the late 1970s, and held frequent spiritual retreats for families in San Francisco and Walnut Creek throughout the 1980s and 1990s. He also ministered extensively to the Missionaries of Charity during that time.

In a 1994 letter to McGuire’s Jesuit superior in Chicago, it appears that Mother Teresa acknowledged she had learned of the “sad events which took from his priestly ministry these past seven months,” and that McGuire “admitted imprudence in his behavior,” but she wished to see him put back on the job. The letter was written after McGuire had been sent to a psychiatric hospital following an abuse complaint to the Jesuits by a family in Walnut Creek.

“I understand how grave is the scandal touching the priesthood in the U.S.A. and how careful we must be to guard the purity and reputation of that priesthood,” the letter states. “I must say, however, that I have confidence and trust in Fr. McGuire and wish to see his vital ministry resume as soon as possible.”

There are a couple of things going on here. Note first that Mother Teresa’s concern was for “the purity and reputation” of the priesthood, and not for the wellbeing of potential victims. We’ve seen this time and again when sex abuse scandals hit a religious congregation—the immediate concern is not for the safety of the community’s children but rather for the reputation of the community. Next, note the concern for McGuire’s “vital ministry”—this concern for the ministry of the perpetrator is a common theme in response to sex abuse that occurs within religious communities. And finally, note that Mother Teresa has “confidence and trust” that McGuire will not reoffend (or at least, this is the implication I read here). And yet, he did reoffend. Multiple times.

In the past two years, two different cases of sexual abuse have hit the conservative religious homeschool community in which I grew up. When I first started blogging, I was unaware of any sexual abuse in my community of origin. I fully believed other bloggers who wrote about the Sovereign Grace Ministries sex abuse coverup or other similar cases, but I had never seen the dynamics they wrote about in action. Now I have. And one theme I’ve noticed is an immediate compassion for the perpetrator—his life is going to be ruined by this, his reputation will never recover, how terribly sad, how hard that must be for them.

I cannot tell you how weird it is to sit and listen to someone wax on and on about how difficult this situation must be for the perpetrator, how sad that he’s in jail, how terrible that his life is ruined, without so much as a nod to his victim. Sometimes it seems like the victim does not exist, like the perpetrator exists in a vacuum. And when the victim is mentioned, it is to impugn their character. Well, she always did act inappropriately around other children. And you know, we have to remember that she was known in her family to be a compulsive liar. And so I’m left sitting here, watching as victims are either rendered invisible or put on trial in place of the perpetrator.

You see this in Mother Teresa’s letter. She doesn’t mention the victims. Instead, her concern is for the reputation of the priesthood and the ministry of the pedophile priest. Her assumption that he would not reoffend suggests that she knew very little about the dynamics of child sexual abuse, a serious problem for one who worked with children as often as she did. This is another recurring theme—those in my own community of origin professed to to care deeply about children (it’s why they were homeschooling, after all), yet I’ve spoken with parents there who did not know what “grooming” was. This is inexcusable.

How does this happen? That is something I’ve been struggling to understand myself. It can’t be chalked up to tribalism alone, because the abuse in question tends to occur within a given tribe. Partly there’s a reluctance to believe ill of individuals you know—and when the victim is a child and the perpetrator an adult, adults in the community tend to know the perpetrator better than they do the victim. Partly, too, there is a lack of respect for children as full persons—children are seen as easily swayed, less trustworthy, and so forth. On some level, then, the adult perpetrator is a full member of the tribe while the child victim is not. The adult perpetrator has a ministry to others, a family to care for, a church to lead. The child does not.

Perhaps one way to combat these tendencies is to make children more fully members of their community, to value children’s inherent personhood, to elevate children’s voices and ideas. While few still adhere to the idea that children should be “seen and not heard,” children are often still expected to be obedient and respectful to their elders above all else, their position and interests subordinate to the needs of adults. What if this could be changed? Would this help guard against a victim being rendered invisible, or having their character put on trial? Perhaps not fully, but it’s something to think about nonetheless. 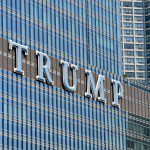 September 6, 2016
The Party of Family Values, My Foot!
Next Post 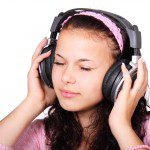 September 8, 2016 Just Let Me Ride the Train in Peace
Recent Comments
0 | Leave a Comment
Browse Our Archives
get the latest from
Nonreligious
Sign up for our newsletter
POPULAR AT PATHEOS Nonreligious
1