The comparisons being drawn between Hitler and Trump are kind of hard to miss. I’ve ready many an article explaining that Trump’s rhetoric or policies are similar to those of Hitler, or comparing our moment in history to that of Germany in the early 1930s. But progressives are not the only ones drawing Hitler comparisons this election, and Trump is not the only figure to star in these narratives. Here’s an excerpt from a fascinating article examining conservative rhetoric this election cycle:

Enter the flamboyant Eric Metaxas, the conservative evangelical writer, radio host, and founder of Socrates in the City, a New York based forum on faith and culture. In an editorial last week in The Wall Street Journal, Metaxas could not have been more clear, if by clarity we mean the exceedingly bold claim that it’s 1933 Berlin in America. “The anti-Nazi martyr Dietrich Bonhoeffer also did things most Christians of his day were disgusted by. He most infamously joined a plot to kill the head of his government. He was horrified by it, but he did it nonetheless because he knew that to stay ‘morally pure’ would allow the murder of millions to continue.”

I’m actually not surprised by this rhetoric, which puts Hillary in the position of Hitler, because I have a fairly good idea from whence it stems—growing up in a politically conservative evangelical home, I often heard abortion equated to the Holocaust. Hillary will sanction the continued slaughter of millions of babies every year, in other words, and after what she does to the Supreme Court, this atrocity will be cemented for at least another generation. You can see, from this perspective, how Metaxas might equate Bonhoeffer’s involvement in a plot to kill Hitler with modern evangelicals’ involvement in electing an arrogant blowhard as president.

Of course, many have compared Trump to Hitler over the past months—and for good reason. Consider his hyper-nationalism, his claims of an international banking conspiracy, his insistence that Mexicans are rapists and that Muslims should be forced to register. In other words, Metaxas is equating Bonhoeffer’s involvement in a plot to kill Hitler with modern evangelicals’ involvement in electing a Hitler-like man to the presidency. If that’s not backwards, I don’t know what is. Of course, Metaxas doesn’t see it that way, and his equating of Hillary to Hitler doesn’t rest on her defense of abortion rights (aka a holocaust of unborn babies) alone.

Text of tweet: “The fascistic globalism of HRC/Obama is similar to the threat that German fascist nationalism was in Bonhoeffer’s day. Both are anti-God.”

That comparison literally makes no sense at all. Nationalism is part of the very definition of fascism. You can’t have fascist globalism. That’s not how words work! Globalism is the opposite of nationalism. Trump’s “America first” rhetoric is very similar to Hitler’s rhetoric in the 1930s. Hitler believed that the German people had been ripped off by the rest of the world after WWII. He believed he had to take steps—“renegotiate” treaties or just plain not follow them—to restore the German people to their former wealth and world position. Put simply, Hitler wanted to make Germany great again. If any that sounds familiar, well, it should. It’s what Trump is saying.

Let’s return to another point. Metaxas makes his comparison between Hillary and Hitler in part because he believes abortion is a modern-day Holocaust. There are several points missing from this analysis. For one thing, there is good reason to believe that Hillary’s actions as president would likely do more than Trump’s to decrease the number of abortions performed (by decreasing the need for them). It’s not as though Hillary’s standing there ordering more abortions to be performed. “Send them to the clinics. Round them up and send them to the clinics. We must rid the earth of fetuses!” So. Not. Happening. But there’s another problem with this comparison, too.

I’ve been after a particular friend of mine for a while now to write a guest post on evangelicals’ abortion/Holocaust comparison. This friend is Jewish, and her grandmother was at Auschwitz. She pointed out that it is horrific to compare abortions—most of which are performed in the first trimester when the embryo/fetus very definitely has no sense of pain or cognition—to the brutal starvation, dehumanization, and gassing of the Jews in the camps. Families ripped apart, parents helpless to do anything for their children, children crying for their parents, the utter destruction of entire communities. The Holocaust brought its victims months or years of protracted, drawn-out pain. It attempted to strip away their humanity through utter humiliation. And the lives lost left those who survived it mourning their loved ones for many decades. None were left unchanged.

Since we’re talking about lived lives, now, let’s turn to the “Mexicans” and the Muslims. Today, the U.S. is home to millions of immigrants, both documented and undocumented, of every race and nationality. There are, today, Hispanic families and Muslim families going about their daily business—going to work, sending their children to school, running by the grocery—who are uncertain about their future in Trump’s America. Trump has done much to convince his followers that these families—these mothers, fathers, and children—are a danger to good, upstanding, native-born Americans. And many of his followers believe him. Mexicans are dangerous—they’re rapists, criminals, drug lords. Muslims are dangerous—they’re a Trojan horse. And let’s not even get started on refugees!

If you don’t see similarities between this sort of rhetoric—inflaming people against a specific ethnicity or religious group—and Hitler’s condemnation of the Jews, you may want to brush up on your history. While there may be a difference in degree (I’d have to check with a historian of twentieth century Germany about the specific tenor of Hitler’s early rhetoric), the overall pattern is one and the same. When I was an undergraduate, I was shown a children’s book from Nazi Germany. It was written and illustrated as propaganda, to show children how dangerous and other Jews were. They’re not like you, was the message. They’re different, and they’re bad, and you better watch out. We should be wary of any rhetoric that attempts to other like this, to paint an entire group of people as dangerous or criminal or un-American.

I have a feeling we’ll continue playing the Hitler game up until election day at least, with accusations flying back and forth. Ordinarily, I object to comparing American politicians to Hitler willy nilly. These comparisons are often badly drawn and incendiary. This year, though? This year is different. 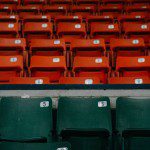 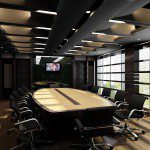