My second grader began yesterday evening with excitement. She made her own charts to track electoral college wins. By the end of the night, she was in tears, sobbing. I had to look her in the face and say . . . something. I have never in my life felt so at a loss for words. Parents are supposed to tell their children that it’s going to be okay, but they’re also not supposed to lie to them. I think? I’m not always up-to-date on parental etiquette. As I tried to figure out what to say, she started talking about her friends at school, because she goes to a heavily Hispanic school and that’s what this election has always been for her—immigration. She knows very little about Trump’s other policies—on trade, of foreign relations, and so forth.

Last night, my daughter lost her innocence. She had thought we lived in a world of possibilities, a world where a woman could be president and her young immigrant friends could share in the American Dream. Today that world has changed. Today she lives in a country that elected Donald Trump. I lost my innocence too, my faith in the progress I thought we had made. But progress is not a linear thing. My mind keeps turning to Germany, where the Weimar Republic fell to a fascist strongman.

I have Facebook friends whose Hispanic children are afraid they’ll be deported—even though they were born here. For Muslims, for newly settled refugees, for LGBTQ youth—what must this day be like? I’m about to send my daughter off to school. What were her immigrant friends’ parents up discussing last night? Plans for keeping the family together if they’re deported? How far the land of opportunity has fallen. How far we have betrayed those words penned by Emma Lazarus.

I had thought there was something special about this country, something there in our belief in freedom and opportunity, something that made us different even as we made mistakes and grave errors. I’m not so sure of that anymore. Today we feel like just one more country in a rising tide of nativism and nationalism that scares me.

Last night, I told my daughter about the U.S. Senators and Congresspeople who will fight to stop Trump from implementing his agenda. I didn’t mention that Trump will have a minority in both houses. I didn’t have the heart to.

Tomorrow, we fight. It’s the only thing we can do.

I see the talk of moving to Canada, but this is my country, and I feel a sense of responsibility. My ancestors have been here since 1620. They fought in the American Revolution, participated in the abolitionist movement during the antebellum period, and—yes—were in the KKK in the 1920s. I’m not going anywhere. Indeed, the populations who suffer most in situations like these are often those least able to leave. I am not in these groups. I can well afford to stay and fight.

There is a lot of uncertainty at this moment, but I am concerned that protesting is about to become a lot more dangerous than it has been in recent years. Those involved in the civil rights movement faced beatings on a scale we don’t see today, and Trump has personally stated a desire to return to that time—a time when protestors had to be carried out on a stretcher. Is the price of fighting back about to go up? That scares me. This is supposed to be a country where we have freedoms—freedom of assembly, freedom of speech, the freedom of the press—will these freedoms remain in Trump’s America? It’s terrifying that I have to ask that.

Right now, I feel weary of national politics. I suspect many others feel the same. In the wake of this election, let’s turn to the local. Look up groups in your area that work with immigrants, with LGBT youth, with refugees and other vulnerable populations. Look into volunteer opportunities, and, if you have means, make a donation. Get involved in your local Democratic Party. Perhaps if we think locally, it will all seem less overwhelming, less daunting, less inevitable.

If you’re like me, you feel burnout coming on. We can’t be effective if we’re in the midst of burnout. Take some time. Enjoy the small pleasures of life—family, friends, a fall walk. Create your own Thanksgivings if you can’t stomach spending that much time with Trump-supporting relatives that soon. Turn on some music, clean your house, light some candles. Take a break from social media if you need to. Focus, recenter, breathe. We have a long road ahead of us. 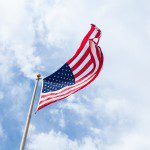 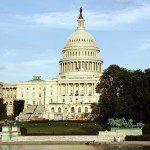