From Patheos Atheist to Patheos Nonreligious

I’ve been blogging for over half a decade now. From time to time, I revise my blog’s “about” page. It’s interesting, looking back, to note how my terminology has changed. “I am today an atheist, a feminist, and a progressive,” my “about” page declared in 2012. “I am today a feminist, a progressive, and a nonbeliever,” it read in 2014. At that point, the term “atheist” disappeared completely from my “about” page. Then, earlier this year, 2016, my wording changed yet again: “I write about religion as someone who grew up evangelical but is no longer religious,” it now reads.

All of this is to say that I am not surprised that the name of the Patheos Atheist channel (where my blog is hosted) changed to Patheos Nonreligious earlier this month, and that I support this change 100%. Dale McGowan does an excellent job explaining the channel’s name change in his announcement post. Rather than explore the reasons he lays out there, I thought I’d take some time to look at the reasons for my own shifting terminology.

I grew up in a Christian home. I didn’t leave Christianity because I was angry with God or because I was hurt by individuals bearing the label. In fact, I didn’t initially intend to leave Christianity at all. I became disillusioned with evangelicalism while in college, partly because of problems with young earth creationism but also because I became uncomfortable with evangelical teachings about salvation and evangelicals’ one-dimensional approach to the Bible. I didn’t leave Christianity, though, I converted to Catholicism. The Catholic Church today accepts evolution, encompasses a more liberal approach to salvation, and teaches higher criticism of the Bible.

Then, shortly after starting graduate school, my belief in God vanished. No one was more surprised than me. It didn’t leave because I wanted it to leave; I didn’t. It left nonetheless. I could no longer believe in a God—and believe me, I tried. I wrestled with the problem for some time before finally accepting that I was no longer religious.

A year or so later, as I sought to understand some of the esoteric aspects of my upbringing—I was homeschooled, and grew up in a home that could be loosely termed quiverfull—I came upon a collection of atheist blogs. I read, and I read, and I read. At the time, I was feeling especially frustrated with the limits I had experienced growing up female in a conservative evangelical home. I had experienced some of these same limitations within Catholicism, and, when combined with other problems I’d identified, I began to feel that religion itself was a problem. At this point, I fit well within an online atheist community that set its targets on religion—all religion.

First, Rebecca Watson said something about an elevator, and all hell broke loose in the atheist community. It quickly became obvious that the same flagrant sexism I’d experienced in religious circles was alive and well in atheist circles as well. In fact, it felt worse in some respects, because while evangelicalism and Catholicism placed women on a pedestal, sexist atheists did not. I’ve got real problems with the pedestal evangelicals and Catholics create for women, believe me, and I’ve blogged about this many times; still, the things I was seeing within the atheist community felt worse, somehow.

Second, one of my professors in graduate school assigned me to write a paper about the ways religion had been used, in a specific historical context, to expand underprivileged groups’ roles and influence and to push back against patriarchy and other barriers. I was fascinated by what I found. Around the same time I made several new liberal religious friends. At first I simply avoided the topic of religion, not wanting them to be offended by my assertion that the world would be better off without their beliefs, but ultimately I found that that was not sustainable, and my views shifted.

I stopped using the term “atheist” because I no longer felt I fit within the online atheist community I had once felt a part of. Oh certainly, I wasn’t religious, and in that sense I was still technically an atheist—that is, of one defines “atheist” merely as a person who does not believe in the supernatural. But when people use the term “atheist” they frequently mean more than that. For many people, the term “atheist” has become synonymous with the term “anti-theist,” and I am not an anti-theist. And so I let the term “atheist” drop from my vocabulary.

Today, if someone asks, I tell them that I am not religious, or that I attend a Unitarian Universalist church (belief in God is not required to attend this church; instead, the congregation is unified by shared progressive values). To me, this feels more accurate; after all, if I tell someone I am an atheist they will likely assume I am also an anti-theist, and I am not. I don’t want people to be turned off by a label.

To be sure, there are some who argue passionately in favor of using the label “atheist” in an attempt to reclaim it from negative stereotypes. They frequently argue that anti-theists shouldn’t own the term, or that anti-thiests are not the grinches they’re often portrayed as. To them, the label is important—and that’s fine! But it isn’t to me, and it’s not a battle I feel drawn to fight. I don’t feel I need the label; I’m fine without it.

Over the last few years, I’ve felt a bit pigeonholed having my blog in a channel titled “Patheos Atheist.” I’ve wondered whether the grouping might make some less inclined to listen to me; I’ve wondered if I fit in the channel, given the range of topics on which I blog. I’ve sometimes felt a bit like an outsider. This move reaffirms that I do belong. This channel isn’t just for discussing atheism or pointing to problems with religion; it’s for the whole range of perspectives and life experiences that fit under the “nonreligious” umbrella. And that’s powerful. 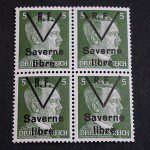