Marvin Olasky, editor-in-chief of World Magazine, recently republished some of his remarks during a debate with the late Christopher Hitchens in 2007. I grew up reading World Magazine. It was a staple in my parents’ evangelical household. Each week when it arrived there was a mad dash to see who could get to it first—anyone over ten wanted their turn. I’ve journeyed far in the ten years since I left home. When Olasky’s reposting of his remarks popped up, I was curious. How does his work stack up now, read as an adult who has long left religion behind? So I took a look.

Look, I get it. I grew up being told that the Bible wasn’t about rules, that Christianity was about a relationship, a love story between God and man. But there were still rules. We were forbidden from having sex before marriage, and our clothing was inspected to ensure that it met specific purity standards. Lying and stealing were wrong, of course, but so was homosexuality. Oh, and the Bible says women are to submit to their husbands. There are actually a lot of rules.

Olasky, I might note, is a longtime opponent of gay marriage. He very clearly believes in rules. Still, it’s convenient, I suppose, to pretend there aren’t rules. It makes Christianity look kinder, gentler somehow.

I’m going to skip around here rather than addressing every point.

You don’t like the warfare of the Israelites and the Amalekites. I agree it sounds horrible. But the Amalekites were the al-Qaeda organization of the time. God was saying these terrorists are so bad that you have to do what you normally do not do: kill civilians alongside combatants. That’s sad, and I don’t like it, but the Bible depicts a God who shows great mercy at times. When He doesn’t, I’m not so quick to say he’s wrong.

The whole issue of warfare on civilians is a miserable one. Was it right for the U.S. and Britain to bomb German cities in WWII, leveling whole neighborhoods and killing men, women, and children, civilians? It was treating them like the Amalekites. Were the people who gave the orders, were the pilots and bombardiers, evil people? They did terrible things, but they thought that was the way to end a terrible war, and maybe they were right.

OMG there is so much equivocation going on here! If I remember correctly, U.S. and British bombing strategy during WWII involved consciously trying to avoid civilian targets when at all possible. The goal was to decrease Germany’s ability to wage war by destroying their transportation and infrastructure. Now yes, we bombed whole cities in Japan—and there are many people who think that was the wrong decision.

[Edit: Several readers have suggested that the above is an incorrect representation of U.S. and British strategy in Germany, and which did involve bombing civilian areas with the intent to decrease morale. I know we did this in Japan, not just in Hiroshima and Nagasaki but also in firebombing Tokyo, among others. I have read about U.S. efforts to target German infrastructure through their bombing campaign, but I would not be surprised to find that both U.S. and German forces went beyond this. I believe that targeting civilians is always wrong, and that bombing, when absolutely necessary, should target military infrastructure in such a way as to minimize civilian casualties.]

Even there, no one called for killing every Japanese man, woman, and child in the whole nation, a la the evangelical interpretation of the situation with the Amalekites.

[Edit: There were likely some who did call for this, fueled by racism against the Japanese. Had been ordered or attempted, however, I would term it a heinous act of genocide. In war, civilians often die either as collateral damage or in intentional efforts to decrease morale. These acts, whether right or wrong, are usually carried out with the intent of ending the war rather than with the intent of eradicating an entire population. I’ll explain why I think this distinction matters in a moment.]

No, Olasky, we do not kill every woman and child we find in al-Qaeda encampments.

[Edit: Evangelical interpretations of the situation with the Amalekites often stand in contrast to interpretations by Jewish and mainline Protestant scholars, who tend to view the passages as memorizes of a longterm war between two tribal groups each bent on exterminating the other. Evangelicals interpret these passages as the direct command of God, not as something filtered through longterm cultural memory. This means evangelicals find themselves in the position of defending a command to exterminate every man, woman, and child, often justifying it, as Olasky does here, as necessary in a time of total war. When these same evangelicals view the war on terror as just such an existential war, there is a danger of them using these passages to justify the intentional targeting and murder of the wives and children of al-Qaeda terrorists or ISIS fighters.]

And now back to Olasky:

Here’s a suggestion: Let’s not immediately condemn God. Instead, we should read, study, and think. When we read Shakespeare and do not understand a word or the motivation of a character, do we immediately say, “This is garbage. Shakespeare is an idiot”? No, because Shakespeare has a lot of credibility. How much more credibility does the God of the whole universe have?

Three decades ago Frank Salisbury of Utah State described the odds this way: Imagine 100 million trillion planets, each with an ocean with lots of DNA fragments that reproduce 1 million times per second, with a mutation occurring each time. In 4 billion years it would still take trillions of universes to produce a single gene-if they got lucky.

Olasky should read about the reformulation of the Drake equation.

Two reasons to the contrary: First, if the Gospels are fictional, their authors were idiots for giving women vital roles in the founding of a religion. Showing women as the first witnesses to the empty tomb would add to suspicion as to whether Christ truly rose from the dead. Overall, it’s worth comparing the positive New Testament view of women with the negative one that dominated ancient Greece and Rome.

Oh boy, this tired old argument! So actually, the early Christian audience was widely female. There were so many women involved in early Christianity, in fact, that in the early second century someone went back to the epistles ascribed to Paul and added the commandments for women to be silent—presumably a male church leader trying to rid himself of those troublesome women. But seriously, has Olasky ever read mythology? It was common to have women in key positions.

One wishes modern evangelicalism’s view of women could rely a bit less on the whole women submitting to their husbands, women being silent in church bit. I grew up in a church squarely in Olasky’s audience, and there was a huge controversy regarding a Bible club I was in regarding whether a woman could serve as a leader of a mixed-gender high school group, because those teenage boys were nearly men, and women were banned from teaching men in the church.

Some positive view of women right there.

Reason 2: Precision in specific detail shows that the first three gospels were composed soon after the death and resurrection of Christ. Here’s a rough parallel: Five years ago, archeologists pulled up from the ocean bottom the USS Monitor, the famous Civil War ironclad. Experts were surprised to find undocumented braces on the gun turret and mustard bottles where the crew ate. If we found in some musty library a document asserting that the crew had added some braces and braced their taste buds by pouring mustard on otherwise inedible biscuits, we would be much more likely to give that manuscript an origin stamp of 1870 rather than 1970. Same deal with the Gospels: amazing specific detail.

If we found a historical document that covered the Civil War and had multiple details and sounded as though it was written at the time, we’d still spend time authenticating it. People can make pretty elaborate forgeries. One thing we’d do is compare the claims in the text with what we know about the time, and about the people and events of the time. But I can tell you one thing for sure—if it stated that a fire-breathing dragon rose from the ocean, tracked across the South, and sacked Atlanta, burning the city to a crisp, we would assume that at least some of what is in the document is wrong. For one thing, there’s nothing to substantiate it’s claims—no other sources mention such a monster. For another thing, we’ve never had clear evidence of the supernatural. I’m pretty sure even Olasky would through such a document out as fake, regardless of whether it was written at the time of the Civil War or decades or a century later.

I mean really, what do the mustard and braces in Olasky’s story represent?

To my knowledge, the gospels don’t reveal information that is not mentioned in other period sources and has been verified historically by non-documentary evidence. The gospels also make supernatural claims, and there’s nothing supernatural about braces or mustard.

Ingersoll predicted, as did lots of others, the imminent demise of religion in general, or Christianity in particular. . . . So what happened? Why is Christianity so strong in the U.S. now? Why is it expanding rapidly in Africa and South America, and especially in China?

The last time I looked, Christianity wasn’t the only religion undergoing growth. Besides, Islam survived this “imminent demise of religion in general” too—so does that make it’s truth claims correct as well?

Um, okay. But just FYI, most people don’t use abortion as birth control.

I like to read various works of Christian apologetics from time to time to make sure I’m not missing something. I’m not an atheist because I hate God (how would that even work?), or because I was burned by Christians (although I was). I’m an atheist because at some point I realized I didn’t believe there was a God. I grew up evangelical. I studied apologetics, I competed in it at tournaments. But when I read things like Olasky’s remarks here, I come up empty.

There is nothing here at all convincing. 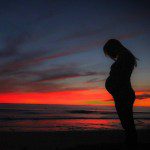 January 11, 2017
My Pregnancies Cost Me My Hearing
Next Post 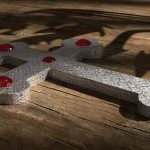 January 12, 2017 Protestants and Catholics Overrepresented in Congress
Recent Comments
0 | Leave a Comment
Browse Our Archives
get the latest from
Nonreligious
Sign up for our newsletter
POPULAR AT PATHEOS Nonreligious
1