Trump recently announced that he plans to overturn the Johnson Amendment, which prohibits nonprofit organizations from endorsing candidates or engaging in lobbying. The way evangelicals talk about this prohibition, it would be easy to get the impression that this amendment applies to churches alone. It doesn’t. It applies to churches and all other nonprofit organizations, including 501(c)3s.

In a sense, by granting nonprofits tax-exempt status, the government subsidizes efforts to feed the hungry, minister to people’s spiritual needs, and tutor disadvantaged children in after school programs. The government does not feel the same need to subsidize political activity. If the Johnson Amendment were repealed, this would change—and for all nonprofits, not just for churches.

According to the Nonprofit Quarterly:

Free speech with few limits is a very American perspective. Allowing nonprofit organizations to join more openly into the political conversation is not inherently controversial. But allowing them to become fundraising engines for candidates and parties would change the philanthropic landscape and ultimately make it harder for the nonprofit sector fulfill its core purposes, which includes campaigning for social change.

This would tie churches and politics together only more soundly—imagine knowing, for instance, that a portion of your tithes might go to political candidates. You would need to vet any church or religious house of worship you might attend to determine what candidates it funds. The same would apply to any charities you support—would you still give money to a local charity that funds meals for homeless kids if you knew it gave donations to political candidates you oppose?

As the National Council of Nonprofits noted in its press release on the issue:

Nonprofits are already free to exercise their First Amendment rights to advocate for their missions. Allowing political operatives to push for endorsements would put nonprofits in a position where they become known as Democratic charities or Republican charities and put missions at risk.

Despite what their rhetoric often suggests, churches are not unfairly targeted under the Johnson Amendment. Rather, they are treated like other nonprofit organizations that focus on providing a public good through helping people, and are incentivized as such. Repealing the Johnson Amendment would do far more than merely let pastors endorse candidates from the altar; it would make churches and 501(c)3 organizations major channels for political money and tie charities to partisan politics. 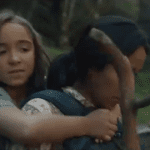 February 6, 2017
Censored Super Bowl Ads and Media Integrity in the Age of Trump
Next Post 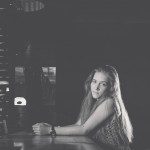