The Danger of the “Wayward Woman” of Proverbs

The Danger of the “Wayward Woman” of Proverbs February 7, 2017 Libby Anne

I grew up in an evangelical home. For a while my mother read Proverbs to us each morning on repeat, reading the chapter that aligned with the day of the month and starting over again each new month. I remember the “wayward woman” verses.

There are a lot of “wayward woman” verses.

7 Now then, my sons, listen to me
And do not depart from the words of my mouth.
8 Keep your way far from her
And do not go near the door of her house,
9 Or you will give your vigor to others
And your years to the cruel one;
10 And strangers will be filled with your strength
And your hard-earned goods will go to the house of an alien;

My mother never just read the Bible; she would also stop and ask comprehension questions, or point out interesting details or similarities to the present day or applications we should remember. When reading the above text, she would pause and tell us that the bit about “strangers being filled with your strength” and “your heard-earned goods” going to “the house of an alien” referred to child support.

But there’s one particularly insidious application of these “wayward woman” warnings, something I recently watched play out myself in the evangelical community in which I grew up. Imagine an adult man, 21 or 22, meeting a 14-year-old girl online, grooming her, and then crossing state lines to take her to a hotel. Now imagine that when the the young man is arrested for committing statutory rape his family and church community blame the girl. They say it’s the girl’s fault, that the girl led him astray, that she seduced him, that she enticed him, that she ruined his life.

Have a look at this passage:

21 With her many persuasions she entices him;
With her flattering lips she seduces him.
22 Suddenly he follows her
As an ox goes to the slaughter,
Or as one in fetters to the discipline of a fool,
23 Until an arrow pierces through his liver;
As a bird hastens to the snare,
So he does not know that it will cost him his life.

The phrases I mentioned above—that a 14-year-old young girl was a seducer and enticer and ruined a young man’s life—are not words people are pulling out of thin air. No, these words are being taken straight from the “wayward woman” stories of Proverbs. She enticed him. She seduced him. He followed her “as an ox goes to the slaughter” and it “cost him his life.” In fact, the King James Version goes even further:

21 With her much fair speech she caused him to yield, with the flattering of her lips she forced him.

Intellectually, I knew it happened this way. In these communities, a girl’s past and present are put under a microscope, and any sign of sexual interest or sexual curiosity are immediately jumped upon. It doesn’t have to be much—even making comments deemed sexually inappropriate can be enough to make a girl suspect. Slut. Harlot. Very innocent girl! It was her idea, she’s a seductress, an enticer. Watching it play out in my own community was watching a train wreck happen. I knew what was coming, but it hit me in the gut just as hard regardless.

I’ve written before of the ignorance of many fundamentalist and conservative evangelical Christians regarding things like grooming, and the dynamics of abuse. I am becoming increasingly concerned that passages like these from Proverbs are actively preventing these groups from moving beyond these tragic, consequence-ridden interpretations. After all, why take the time to learn about grooming when the story already fits perfectly into a “wayward woman” narrative you already know by heart from Proverbs?

These interpretations desperately need to be challenged. As long as the narrative of the “wayward woman” leading seducing men and leading them by the nose to the slaughter sits in the back of the evangelical mind waiting to be applied, young teenage girls and others who are taken advantage of, groomed, and abused by upstanding Christian men will continue to suffer—their stories disbelieved, their characters impugned, their young lives thrown aside as so much refuse. 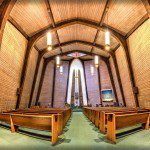 February 6, 2017
The Johnson Amendment Isn't Just about Churches
Next Post 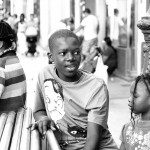 February 7, 2017 Who Defines the "Real" America?
Recent Comments
0 | Leave a Comment
Browse Our Archives
get the latest from
Love, Joy, Feminism
Sign up for our newsletter
POPULAR AT PATHEOS Nonreligious
1