These treaties tend to seek to solve problems by undermining parental authority and granting more power to the government. Children are harmed when their parents are not free to make the best decisions for their education and wellbeing.

HSLDA has been making this argument for decades now, but what they never mention is that these treaties actually give children the right to be raised by their biological parents, ensure that parents will not have their children unjustly taken from them, and expand parents’ ability to access resources for their children. Let’s look at the Convention on the Rights of the Child by way of example.

Article 28 requires governments to “[m]ake primary education compulsory and available free to all,” to make secondary education “available and accessible to every child,” and to “[m]ake higher education accessible to all on the basis of capacity.” Consider what this provision means for parents, especially poor parents or those in poor countries—it ensures that they will be able to provide their children with an education. This isn’t about “undermining parental authority and granting more power to the government,” it’s about requiring the government to empower parents by giving them the means to see that their children receive a good education.

And then there’s this, in Article 30:

In those States in which ethnic, religious or linguistic minorities or persons of indigenous origin exist, a child belonging to such a minority or who is indigenous shall not be denied the right, in community with other members of his or her group, to enjoy his or her own culture, to profess and practise his or her own religion, or to use his or her own language.

How does this undermine parental authority? It’s the opposite! A century and more ago, the United States government took Native American children away from their parents and sent them to boarding schools where they were deprived of of their culture and their religion—even their language. The Convention on the Rights of the Child prohibits such government overreaches, enabling parents to raise their children within their distinct cultural and religious communities.

Article 14 states that “States Parties shall respect the right of the child to freedom of thought, conscience and religion” and that “States Parties shall respect the rights and duties of the parents and, when applicable, legal guardians, to provide direction to the child in the exercise of his or her right in a manner consistent with the evolving capacities of the child.” That’s right, the treaty protects parents’ right—and it does use that word—to provide their children with religious instruction and training.

Now yes, the treaty does state that the government has the authority to remove children from their parents’ care in specific circumstances. Article 9 states that:

States Parties shall ensure that a child shall not be separated from his or her parents against their will, except when competent authorities subject to judicial review determine, in accordance with applicable law and procedures, that such separation is necessary for the best interests of the child. Such determination may be necessary in a particular case such as one involving abuse or neglect of the child by the parents, or one where the parents are living separately and a decision must be made as to the child’s place of residence.

Note the requirement about judicial review—governments are prohibited from separating children from their parents without proper proof and room for review.

Where such separation results from any action initiated by a State Party, such as the detention, imprisonment, exile, deportation or death … of one or both parents or of the child, that State Party shall, upon request, provide the parents, the child or, if appropriate, another member of the family with the essential information concerning the whereabouts of the absent member(s) of the family …

In other words, if a child is imprisoned, the parent has the right to know where the child is, and so forth. The treaty prioritizes keeping families together, and recognizes that as a positive good. When a child is removed from the family, Article 20 requires that foster care or adoption considerations be made “due regard … to the desirability of continuity in a child’s upbringing and to the child’s ethnic, religious, cultural and linguistic background.” If the U.S. had signed this treaty—and it has not—more could perhaps be done about Native American communities in South Dakota whose children are being placed in foster care outside of the community rather than within it.

2. States Parties recognize the right of the disabled child to special care and shall encourage and ensure the extension, subject to available resources, to the eligible child and those responsible for his or her care, of assistance for which application is made and which is appropriate to the child’s condition and to the circumstances of the parents or others caring for the child.

3. Recognizing the special needs of a disabled child, assistance extended in accordance with paragraph 2 of the present article shall be provided free of charge, whenever possible, taking into account the financial resources of the parents or others caring for the child, and shall be designed to ensure that the disabled child has effective access to and receives education, training, health care services, rehabilitation services, preparation for employment and recreation opportunities in a manner conducive to the child’s achieving the fullest possible social integration and individual development, including his or her cultural and spiritual development

Consider how these provisions change the circumstances of poor parents struggling to raise children with expensive disabilities. HSLDA would have their followers believe that the treaty strips parents of their rights, but here it protects’ parents ability to raise children with special needs by giving them the right to the resources they need.

States Parties recognize the right of the child to the enjoyment of the highest attainable standard of health and to facilities for the treatment of illness and rehabilitation of health. States Parties shall strive to ensure that no child is deprived of his or her right of access to such health care services.

Consider the concerns of poor parents, or parents in poor countries, worried that they will not be able to obtain the medical care their children need. The Convention on the Rights of the Child empowers these parents, giving them grounds to demand and freedom to expect medical care for their children.

And take a look at Article 27, on children’s standard of living:

1. States Parties recognize the right of every child to a standard of living adequate for the child’s physical, mental, spiritual, moral and social development.

2. The parent(s) or others responsible for the child have the primary responsibility to secure, within their abilities and financial capacities, the conditions of living necessary for the child’s development.

3. States Parties, in accordance with national conditions and within their means, shall take appropriate measures to assist parents and others responsible for the child to implement this right and shall in case of need provide material assistance and support programmes, particularly with regard to nutrition, clothing and housing.

This is not undermining parental authority. This is supporting parents.

The UN Convention on the Rights of the Child does not undermine parental authority and grant power to the government; rather, it requires the government to provide parents with the resources they need to raise their children and limits government authority. And yet, HSLDA decries this treaty as a dire threat to parental rights. Imagine, if you will, what it would be like to be a low income parent without a government willing to back up and support children’s right to an education, to medical care, to adequate food and shelter. Imagine what it would be like to be an indigenous parent, or a member of a minority religion, in a country where the government felt it could remove your children and, through them, eradicate your culture.

I grew up reading HSLDA’s publications and listening to HSLDA speakers. I remember the rhetoric, and there was a time I, too, was convinced the treaty was a threat to families—without ever having read the treaty myself. Today, as a mother of two children, I am angry. I am angry that HSLDA distorts reality to scare and mislead people. I am angry that the U.S. has never ratified this treaty.

I am angry that my children’s rights mean so little. 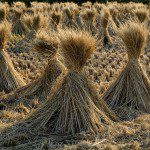 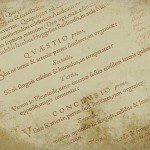