If You Cared About Children

No, there are not 800,000 missing children in the United States.  The numbers being spread under the QAnon conspiracy theory and its “Save Our Children” slogan are utter nonsense. Their claim to have unearthed a cabal of cannibalistic satanism in high offices is clearly ludicrous, but their insistence that the mass, widespread trafficking of children is going on under all of our noses is equally ludicrous. To me, as a child advocate, watching this conspiracy theory gain traction has been maddening—on several levels.

First, children are actually safer today than they have been at literally any point in our nation’s history. (That includes the 1970s, which many people hearken back to as some sort of halcyon days of safe childhood.) If you want to know more about this, let me direct you to Peter Stearns’ 2003 book, Anxious Parents: A History of Modern Childrearing in America. Stearns explains that, by every metric, children are safer and better off today than ever before—but that, simultaneously, parents have also become more anxious than ever before.

Kids lose a lot by never having a moment on their own. Kids learn when they have to make their own decisions, but childhood is increasingly supervised, with kids never out of sight of adults. This is bad. Kids need freedom and autonomy and space to develop into independent, responsible human beings. We adults worry that kids these days can’t take care of themselves, when we have never given them the space to try.

But this isn’t the only reason I’m frustrated with QAnon conspiracy theories. I’m also frustrated because children in America today have so many actual needs that are going unaddressed.

What would a grassroots movement to improve the lives of children actually look like?

A movement to improve the lives of children might start by tackling child poverty. Roughly one in five children in America live in poverty. And by poverty, I mean poverty. In 2018, a family of four was considered to be in poverty if their annual income was under $25,465. Growing up in poverty has an enormous negative impact on children. In fact, there is reason to believe that the United States’ lower levels of academic achievement relative to other western nations is directly related to our higher levels of child poverty. This means that the absolute best way to improve children’s school performance may be to give their families’ money.

I cannot underestimate the profound impact growing up in poverty has on a child. Imagine being 8 years old and watching your family’s car repossessed while your parents stand by unable to stop it. Imagine being 12 and being evicted from your apartment, again, because your family can’t pay the rent. It’s not just parents being too tired from cobbling together three different part-time gigs to help with their kid’s homework that we’re talking about here. Growing up in poverty impacts children in so many ways.

So. A movement to improve the lives of children might start by tackling child poverty. What’s next?

Immigration reform. The most obvious first step is to stop separating families at the border—the damage this does to children is immense—but that’s really only the tip of the iceberg. Over four million U.S. citizen children have at least one parent who is undocumented. That means that over four million children in the U.S—U.S. citizen children—live in daily fear that a parent will be taken from them and deported. Providing these children’s parents with legal status and a pathway to citizenship would dramatically improve these children’s lives. There are also over half a million children living in the U.S. who do not have legal status themselves.

Here’s another: police and criminal justice reform. This is actually part of a wider number of problems facing Black children in the United States today. Black children frequently attend inferior schools; these schools often have police officers in the building. Black children see higher rates of suspension from school for the same behavior. As many as 10% of Black children have a parent in jail, often on low-level drug charges. Black children like Tamir Rice and Aiyana Jones are shot and killed by police. Racial injustice creates profound negative impacts for Black children. Greater racial justice would improve the lives of Black children.

There are several areas where changing adult beliefs and assumptions would substantively improve children’s lives. For example, children who report that they have been sexually abused are often disbelieved by the adults around them, in large part because the vast majority of child sexual abuse is perpetrated by family members or close family friends. It’s a lot easier to protest against children being kidnapped and sold into sexual slavery (something that is incredibly rare) than it is to believe Haleigh when she tells you that Uncle Dave touched her inappropriately when she was at his house last weekend (something that is way too common).

Children who report being sexually abused are frequently disbelieved by their parents, relatives, and community members, and are often accused of just trying to get attention. In other cases, children who report being sexually abused are accused of “asking for it” in how they acted or dressed. If we want to protect children from sexual abuse, we should focus on where such abuse actually happens, and who perpetrates it. Believing children would do a lot more to protect children than carrying signs decrying human trafficking ever will.

Comprehensive sex education in public schools plays an important role here: before puberty, sex education focuses almost entirely on teaching children that their bodies belong to them, and that if someone touches them in a way that makes them uncomfortable, they should tell a safe adult. Kids also learn how to tell good touch from bad touch. And yet, I would bet a lot of money that most of those involved in today’s QAnon “Save Our Children” movement also oppose sex education.

Okay, what else? When human trafficking does occur, it most frequently involves teen runaways who end up homeless and on the streets. Who are these teens? Something like 40% of them are LGBTQ. They end up on the street because their parents kick them out, or otherwise make their lives at home intolerable. Changing public views to be more accepting of gay and transgender children and teens would cut down on the number of teenage runaways, who then wind up homeless and vulnerable to exploitation.

Many teen runaways—those most vulnerable to sex trafficking—are foster children, which brings us to another point. Our child welfare system badly needs better funding and our foster care system is widely considered to be broken. These are things we could fix. Not every system has a broken foster care system. Not every country has a child welfare system that us underfunded and widely viewed negatively. But we do, and that is a choice. We are not a country that invests in our children. Period and full stop.

And you know what? Our lack of investment in children shows. By almost every single metric, child welfare in the United States lags behind that in other western countries.

Infant mortality? We’re at the bottom. Preschool attendance? Again, the bottom. Adolescent risky behavior? Here we’re at the top—we have it in spades. Percent of children who eat breakfast? Hello, bottom of the chart. Teenage births? Oh hello, we have the highest number. It’s absurd how reliably bad our metrics are. We are the only wealthy country consistently on the wrong side on all of these metrics. It’s bad.

I care deeply about children. I have been a child advocate across multiple forums for years now. It is frustrating to be so well versed in the many problems children in our country face today, and to see the emergence of a movement that claims to be about saving children but focuses on the wrong things, flagrantly lies about the threats children face today, and actually contributes to making things worse for children.

Campaigns like these are not actually about the children. They are about using children as a tool in some other, larger agenda that has nothing to do with children. 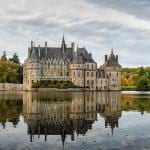 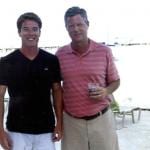