Jerry Falwell and the Pool Boy

News broke this week that Jerry Falwell Jr., president, dictator, and king-for-life of Liberty University, and his wife, Becki, had an affair with Giancarlo Granda, a 20-year-old pool boy they met at Fontainebleau Hotel in Miami Beach. Upon hearing this news, I was completely and totally unsurprised. All the pieces were already there. It has been clear that something was up for years.

After reading about the scandal, a friend told me, aghast, that at one point Falwell accidentally sent a racy picture of Becki to university officials. I know, I said. We knew that last year. We already knew about the Falwell’s weirdly close relationship with Granda, too. Perhaps the weirdest thing about this whole scandalizes is how much of it has been just hanging out there for years.

Let’s go back to 2017, when Politico’s Brandon Ambrosino published an article titled My Weekend at the Falwells’ South Beach Flophouse, with the byline: “Liberty University presents itself as a temple of virtue. But its founding family’s secret Miami hostel is a cesspool of vice.” Ambrosino explained that he was acting on a tip from an individual frustrated by Falwell’s clear double standard:

At Liberty University, the Christian private school at which Falwell Jr. is the president and Trey is the vice president for university operations—and from which I graduated in 2011—all manner of vice is prohibited. Students, whether on campus or off, and whether school is in session or not—cannot consume alcohol or tobacco. Co-ed sleeping arrangements are verboten. And, in the words of “The Liberty Way,” the school’s student handbook, “homosexual conduct or the encouragement or advocacy of any form of sexual behavior that would undermine the Christian identity or faith mission of the University” are strictly prohibited. Any one of these transgressions could get you saddled with reprimands, financial repercussions, and even expulsion. And yet, here we were, in perhaps the gayest 6 square miles in the United States—South Beach, Miami—staying in Falwell’s gay-friendly flophouse with an on-site liquor store.

I remember when this story broke. Everyone agreed that it was very, very weird. Why did Falwell own a Miami hostel in the first place? Something didn’t make sense. And then it got weirder.

In May 2018, Buzzfeed published an article titled: “Jerry Falwell Jr. And A Young Pool Attendant Launched A Business That Sparked A Bitter Dispute.”

Influential evangelical leader and Donald Trump backer Jerry Falwell Jr. went into business with a young pool attendant he and his wife met while staying at a luxury hotel in Miami Beach, according to a lawsuit filed in Miami-Dade County.

The suit, which has not been previously reported, was brought by a father and son who claim that after they helped conceive of the business, the pool attendant and Falwell wrongly cut them out of it. The suit says that while Falwell Jr. and his wife were guests at the Fontainebleau Miami Beach in 2012, they developed a “friendly relationship” with the pool attendant, Giancarlo Granda; flew Granda in a private jet; and eventually backed him in a business venture, setting up a hostel that offers low-cost dorm-style nightly accommodations to visitors. The pool attendant, according to public records databases, was 21 when he met the Falwells.

A representative for Falwell Jr. and his family emailed BuzzFeed News that Granda was “offered a share” in the Alton Hostel venture because he lived in Miami and would act as a manager.

Needless to say, this seemed very, very weird. Most rich and powerful people don’t tap 20-year-old hotel pool attendants as business partners. What was going on here? Many commenters openly wondered whether Falwell had had a sexual relationship of some sort with Giancarlo Granda, the pool boy. There was no evidence for this, of course, but going into business with a pool attendant you met at a swanky hotel felt like it had to be just the tip of the iceberg. It was too weird.

And remember—this story broke over two years ago now.

The 2018 Buzzfeed story also held another interesting detail: that Trump fixer Michael Cohen helped obtain Falwell’s January 2016 endorsement of Donald Trump. How or why was not known. This would become important soon after this, when another, seemingly unrelated story broke.

Then, in May 2019, Reuters reported that Michael Cohen had helped Falwell with a racy photos problem:

Falwell, president of Liberty University, one of the world’s largest Christian universities, said someone had come into possession of what Cohen described as racy “personal” photographs — the sort that would typically be kept “between husband and wife,” Cohen said in the taped conversation.

According to a source familiar with Cohen’s thinking, the person who possessed the photos destroyed them after Cohen intervened on the Falwells’ behalf.

That Cohen helped Falwell get some racy photos of his wife destroyed only months before Cohen then arranged for Falwell to endorse Trump definitely seemed like an interesting coincidence. But details were sparse, and Falwell was in denial mode. This story hit, and then faded.

Did anyone at Liberty press Falwell on these photos? Did they ask who had them, or why? Probably not. Racy photos came up again in a September 2019 Politico story titled ‘Someone’s Gotta Tell the Freakin’ Truth’: Jerry Falwell’s Aides Break Their Silence, but something else did too: Falwell’s complete and absolute domination of Liberty University, where he reigned as all-powerful potentate.

Here’s a short excerpt the 2019 Politico story, which focused primarily on Falwell’s iron fist and constant silencing of critics, and touched on his questionable sexual exploits only briefly:

Longtime Liberty officials close to Falwell told me the university president has shown or texted his male confidants—including at least one employee who worked for him at Liberty—photos of his wife in provocative and sexual poses.

At Liberty, Falwell is “very, very vocal” about his “sex life,” in the words of one Liberty official—a characterization multiple current and former university officials and employees interviewed for this story support. …

More than simply talking with employees about his wife in a sexual manner, on at least one occasion, Falwell shared a photo of his wife wearing what appeared to be a French maid costume, according to a longtime Liberty employee with firsthand knowledge of the image and the fallout that followed.

Falwell intended to send the image to his and Becki’s personal trainer, Ben Crosswhite, as a “thank you” for helping his wife achieve her fitness goals, the employee said. In the course of texting, Falwell accidentally sent the message to several other people, necessitating a cleanup.

All of this ought to have been enough to justify Falwell’s removal, or at the very least, a serious investigation of his fitness. There were multiple different moving pieces that suggested scandal or unfitness. Falwell started a gay-friendly hostel that sells alcohol and advertises strip clubs, with a 20-year-old pool boy he met at a hotel as his partner? Someone got their hands on racy photos of him or his wife and was using them to blackmail him, to the extent that he engaged a fixer to cover it up? He accidentally texted racy photos of his wife to university officials, and they claimed the photos were actually intended for her personal trainer? What was actually going on here?

No teenage girl growing up in an evangelical community would survive this many indiscretions and questionable actions with her reputation intact. And yet Falwell remained in his position, unchallenged, serving as a central broker of evangelical power. No one dared question him. His power was unchecked.

Then, earlier this month, Falwell posted this photo on Instagram: 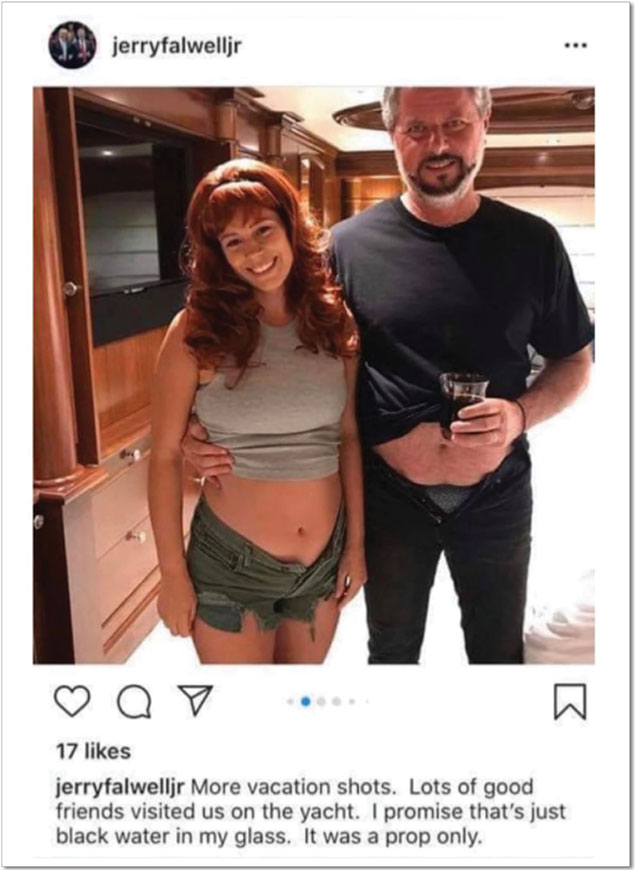 To be clear, that is not his wife.

Falwell quickly deleted the photo, and then claimed that the woman was pregnant and could not button her shorts, so he had unbuttoned his pants in solidarity. Just like he took Granda as a business partner merely because he was present in Miami to manage the business. Just like those racy photos he sent to university officials were intended for his wife’s trainer. Conflicting announcements followed. Falwell was being removed—no, just suspended. Falwell was resigning—no, actually, he wasn’t.

That brings us to the Reuters report of two days ago: Business partner of Falwells says affair with evangelical power couple spanned seven years. Or, to put it another way, pool boy tells all.

Giancarlo Granda says he was 20 when he met Jerry and Becki Falwell while working as a pool attendant at the Fontainebleau Miami Beach hotel in March 2012. Starting that month and continuing into 2018, Granda told Reuters that the relationship involved him having sex with Becki Falwell while Jerry Falwell looked on.

Granda showed Reuters emails, text messages and other evidence that he says demonstrate the sexual nature of his relationship with the couple, who have been married since 1987. “Becki and I developed an intimate relationship and Jerry enjoyed watching from the corner of the room,” Granda said in an interview.

You can see, now, why I was surprised by literally none of this. Granda’s revelations connect multiple dots we already knew existed. They also confirm a pattern of behavior that is completely inappropriate for the head of an evangelical university that preaches and requires a strict set of sexual mores.

And again, none of this was really new. Falwell had let it all hang out there long before the revelations of this month, with no consequences. Over and over, one more thing and another, and no consequences. He must have begun to think himself invincible. And to be frank, he may be. It’s not over yet, and white evangelical men in positions of power and celebrity have a way of finding themselves back at the top.

(I almost wrote “a way of clawing themselves back to the top,” but frankly, no clawing is required. They’re practically invited back. Who am I kidding—they are invited back. They barely have to ask.)

This story is so unsurprising that it’s almost annoying. We knew that Falwell was a cad, a fake, a fraud. We’ve known that for years. The only surprise is that anyone is actually surprised. 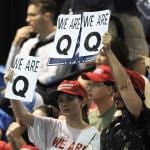 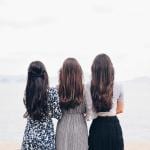