No, Mentioning Being Catcalled Is Not a “Humblebrag”

No, Mentioning Being Catcalled Is Not a “Humblebrag” May 4, 2017 Libby Anne

During a conversation about oversharing on Facebook, a friend sent me a link to an article titled 7 Ways to Be Insufferable on Facebook. I didn’t agree with everything in the article—I thought the author was a bit hard on people at times—but I found it an interesting read. It made me think about the purpose of Facebook posts—how do we decide what we post, and why? But then a section brought me up short.

1b) The Undercover Brag

Description: Like the blatant brags above except behind a frail disguise. This includes all humblebrags, indirect brags, brags disguised as a rant, etc.

—Apparently they now give PhDs to frauds and drunks. What a time to be alive!

—I’ll be traveling for the summer if anyone knows someone looking to sublease a Soho apartment in July and August.

—On my walk home from work, I was whistled at twice, honked at twice, and one car almost caused an accident slowing down to stare at me. Sometimes I really hate men.

I hadn’t checked who wrote the piece, so at this point I scrolled up. Tim Urban. The website’s about section uses he/him pronouns. It figures.

In case you’re not following, have a look at the last example Urban uses of what a humblebrag—an indirect brag—might look like when posted on Facebook:

On my walk home from work, I was whistled at twice, honked at twice, and one car almost caused an accident slowing down to stare at me. Sometimes I really hate men.

Do you know what this means? It means if Urban saw that posted on Facebook, he’d think it was a humblebrag. The frustrating thing is that I can imagine any one of a number of my Facebook friends posting exactly that, in complete seriousness. Being catcalled isn’t fun. It’s scary. When women vent about being catcalled, that is what they are doing—venting. They are not bragging!

But—apparently—Urban honestly does not know that.

It’s not that I didn’t know this was an issue. Clearly, I did. There are many many many men out there who think that catcalling a woman is the same as paying her a compliment. There are numerous awareness-raising campaigns that have focused on changing this perception, but there is still much work to be done. I suppose it just struck me because I wasn’t expecting to be smacked in the head with this when reading an article about Facebook and social media posting. 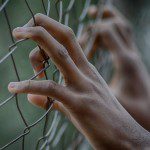 May 3, 2017
Words Have Consequences: Evangelical Rhetoric and Gay Rights
Next Post 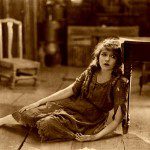