“You can’t be pro-life, but then refuse to support the girl that keeps her baby”

Check out this story about a pregnant Christian school graduate:

HAGERSTOWN, Md. – A high school senior who attends a private Christian school in Maryland will not get a chance to attend her graduation ceremony because she is pregnant.

The Heritage Academy in Hagerstown said Maddi Runkles violated the school‘s code of conduct by having premarital sex. However, Runkles and her parents are struggling to understand how their conservative Christian high school can teach and promote being pro-life, but then turn their backs on one of their own.

“It’s like a small school and it is such a big deal and I am the only one that is not going to be there that night to walk to the stage,” Runkles said.

She is one of 15 seniors in her class. But she will be the only one who will not be able to walk across the stage because she is now 25 weeks pregnant.

Having read about schools like this one that go so far as completely banning conversation between boys and girls on the premises, I am not at all surprised by the school’s actions. The board likely feels that allowing Runkles to walk in the graduation ceremony, visibly pregnant, would be to condone premarital sex.

Runkles rightly points out the irony at play here:

…the 4.0 GPA student was forced to step down from all her leadership positions at school and was kept home for two days during an unofficial suspension. She said she accepted her discipline. But by not allowing her to walk at graduation, she feels she is being shamed.

“You can’t be pro-life, but then refuse to support the girl that keeps her baby,” she said.

Consider this: if Runkles had had an abortion, she could have walked in the graduation ceremony, because no one would have known she had ever been pregnant. Actions like those of Heritage Academy put up added roadblocks for teens who choose to go through with an unintended pregnancy rather than aborting it. Individuals in Runkles’ situation must decide not only whether they are willing to go through with the financial and emotional challenges that accompany being a teen mother, but also whether they willing to be shamed by their entire church community.

I once engaged in an hours-long Facebook chat with a staunchly pro-life family friend in which I addressed just this. Rather than arguing over the morality of abortion, I focused on practical, tested ways to decrease the number of abortions performed each year. I argued not only for making longterm birth control more available and creating a better social safety net (i.e. paid maternity leave and subsidized childcare) but also for an end to shaming unwed mothers. I argued that such shaming acts to discourage unmarried women from keeping unintended pregnancies.

Unfortunately, my argument was to no avail. The individual I was engaging with argued for more shaming for unwed motherhood, not less. He seemed to think that increased shaming would cut down on the number of unwed women who would become pregnant, perhaps not realizing that in the past when this shame has been even higher, unmarried women have been shipped off to teen maternity homes, or excluded from society (to not only their detriment but also that of their children).

I once spoke to a woman who was engaged in a custody battle for a young daughter. She had become pregnant and was considering an abortion out of fear that her ex would paint her as an unfit mother over this.

Opponents of abortion often present adoption as the idea option for women in situations similar to that of Runkles, or for women in situations where they cannot afford a baby. But consider this: would choosing adoption mean Runkles could walk at her graduation? No. The issue, for the school, is that she had the sex that made her pregnant in the first place, regardless of how she chooses to address her pregnancy.

Those who advocate against abortion rights refer to themselves as pro-life, but, as Runkles’ situation makes clear, their opposition to premarital sex places limits in their ability to celebrate life. We can imagine a group that opposes abortion on the grounds that life is always better than not-life, but why would such a group limit or stigmatize the act that creates such life? For abortion opponents, it’s frequently not so much about life as it is about rules—and the consequences of not following them.

What role, too, does gender play in this? According to the article on Runkles:

The father of Maddi’s baby does not attend Heritage Academy.

But what if he had? Would he, too, have been prevented from walking at his graduation? Perhaps—if it was well known and established that he was the father. But what if it wasn’t known, or if he knocked up a girl attending another school? The consequences do not fall equally on men and women, either in the biological sense or in the community shaming department. 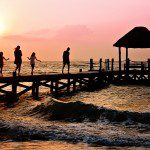 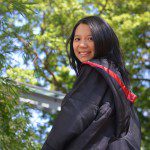