By now you’ve likely heard that Bill Cosby, fresh off a sexual assault trial that ended in a hung jury, has announced his intention to put on seminars to educate the public on how to avoid similar accusations.

Bill Cosby is planning a series of town hall meetings this summer to educate people, including young athletes and married men, on how to avoid accusations of sexual assault, two of his representatives said Wednesday.

The announcement came just days after Mr. Cosby’s trial on sexual assault charges ended in a hung jury and while he is still battling civil suits from other women who say he assaulted them too.

This move is similar to Brock Turner’s announcement that he intends to make it his life’s work to “impact and change people’s attitudes towards the culture surrounded by binge drinking and sexual promiscuity.” In each case we had an individual accused of rape (and on credible evidence) who still points the finger at everyone but himself. In Turner’s case, the problem was binge drinking and sexual promiscuity. In Cosby’s case the goal is to avoid accusations of sexual assault.

But let’s take a moment to focus on a specific point:

One of the town halls will be held in Alabama in July, [Crosby representative Andrew] Wyatt said on the show. In a later email, he said Mr. Cosby had received “hundreds of calls from civic organizations and churches requesting for Mr. Cosby to speak to young men and women about the judicial system.” He said the program would include a critique of the decision by prosecutors in Pennsylvania to charge him last year.

I’ve frequently written about the failure of the white evangelical church to support victims of rape or abuse, and evangelical doctrines and teachings that benefit rapists and abusers. The churches that have asked Cosby to speak are likely African American churches, given his strong relationship with the black church over the years, but hundreds of white evangelical and fundamentalist churches would do the same thing in the same situation.

And we already know how the Catholic Church handled sexual abuse allegations.

This is the conceit of Christianity—it is a religion that purports to uphold and value the weak, the poor, the victim, but in practice defends the strong, the rich, the abuser. I do not say this lightly, and I understand that there are congregations and strains of Christianity that do center on supporting the victim. Unfortunately, however, much of American Christianity has strayed far from this, defending the powerful in direct contradiction of scriptures that focus on the meek.

Perhaps churches function that way because this is how our society functions. If so, they are conforming to a mainstream culture that they purport to reject. It is not a good time to be a victim in America. 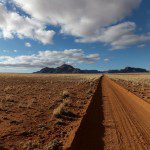 June 26, 2017
Answers in Genesis Says Humans Did Not Come From Africa---And It Gets Weird
Next Post 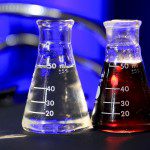