Feminism Is a Discussion, Not a Monolith

Back in March, Australian actor Sarrah Le Marquand wrote an op-ed titled “It should be illegal to be a stay-at-home mum.” The Right responded predictably, and Ladies Against Feminism prefaced an article on the subject with this introduction:

In addition to equating equality and socialism (I suspect how they define “equality” is at issue), the LAF editors make the mistake of assuming that feminism is a monolith.

Even Le Marquand’s essay points to the diversity within feminism:

Only when the tiresome and completely unfounded claim that “feminism is about choice” is dead and buried (it’s not about choice, it’s about equality) will we consign restrictive gender stereotypes to history.

Le Marquand is not engaging moderates or anti-feminists in her essay; she is addressing other feminists, whom she knows disagree with her. She’s not staging out a position of feminist dogma. She’s engaging in an argument within feminism.

LAF’s insistence that Le Marquand “shows feminism’s cards” bespeaks a fundamental dishonesty. It doesn’t take much googling to learn that Le Marquand is an actress, not a feminist theorist. She has just as much right to make arguments about the future of feminism as you or I do—but no more. There are no true “leaders” of the feminist movement in the way that denominations have hierarchies and structures. This isn’t to say that there aren’t voices that are listened to more than others—there are—but even well-known feminist theorists don’t create credos the rest of us must believe.

I’ve often said that feminism is a discussion, not a dogma. It’s about recognizing inequalities and challenges women face and looking for—and discussing—ways to solve these problems. There is no feminist creed we have to sign to wear that label. You can see this feminism-as-discussion in play in Le Marquand’s essay:

Only when the female half of the population is expected to hold down a job and earn money to pay the bills in the same way that men are routinely expected to do will we see things change for the better for either gender.

Only when it becomes the norm for all families to have both parents in paid employment, and sharing the stress of the work-home juggle, will we finally have a serious conversation about how to achieve a more balanced modern workplace.

Le Marquand is laying out an argument, bringing up points she believes aren’t being sufficiently addressed by other feminists. She is engaging in a back-and-forth. In my view her point is a good one, but her solution is appalling. My feminism has nothing to do with compulsion. It’s true that women opting out of the workforce to engage in caregiving does mean there is less pressure on much of the workforce to create family-friendly work policies for parents of all genders (and life-friendly work policies for everyone else), and we should recognize this and look for solutions—without creating a fascistic state.

Many feminists, myself included, view caregiving as an important but undervalued part of our society. Women are typically called on to care for children, to care for the disabled, to care for the elderly, but that labor is typically valued in a sentimentalist sense and no further. We pay homage to this labor with our words, but not with our dollars. I believe this should change. What that means in practical terms is up for discussion—but at the very least, it means valuing the labor done by stay-at-home parents of any gender (as well as by other caregivers).

Too often, being a stay-at-home mother (or taking time off work to care for elderly relatives) serves as a hindrance to future employment. It’s a gap on the resume, or so they say. If we as a society are to value caregiving with more than just words, this needs to change. One solution might be providing discounted rates to individuals who attend college after spending years as caregivers. Another solution is expanding opportunities for part-time work, especially that done remotely. Many stay-at-home parents would jump at the opportunity to do paid work for 15 or 20 hours per week on a flexible schedule, but such opportunities are rare.

This is what feminism-as-a-discussion looks like. Those who lambast feminism based on erroneous assumptions opt out of this conversation, removing themselves from a vibrant discussion that they might find less foreign than they think. Individuals like those at LAF also believe caregiving is undervalued, and they frequently encourage women to create cottage industries in their homes. If they could drop the dogged belief that individuals like Le Marquand speak for all feminists, they might be surprised to find a conversation that is in some ways familiar. 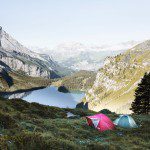 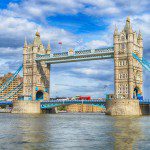